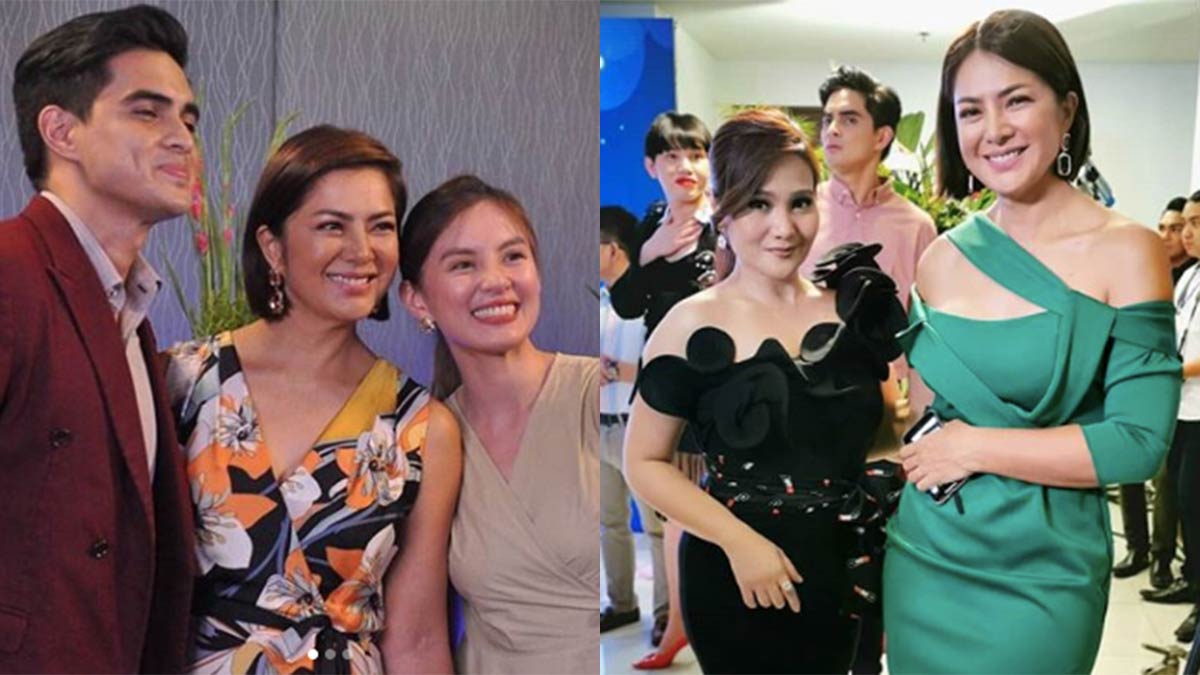 Actress Alice Dixson will be seen again on GMA-7 after being with ABS-CBN for two years.

She is set to appear in the Kapuso afternoon series, Madrasta, which just aired last Monday, October 7.

Madrasta actress Gladys Reyes was the first to upload a photo with Alice on the set last October 5.

She wrote in the caption, "We can feel it.. we're not alone! With Ms. @alicedixson and the photo bombers @juanchotrivino and @pepitacurtis Watch out for this fabulous scene in Madrasta."

In another post, Gladys uploaded a group photo with Alice and the other Madrasta cast members such as lead actress Arra San Agustin, Phytos Ramirez, and Juancho Trivino.

On October 6, @kapusoprgirl uploaded behind-the-scenes photos of Alice with Juancho and Arra on Instagram.

When it comes to doing teleseryes, Alice is originally a Kapuso.

She was the lead actress in GMA-7's 2002 drama series, Ang Iibigin Ay Ikaw, with Richard Gomez and Christopher de Leon. It was the fourth drama series produced by GMA-7 under its prime-time block, GMA Telebabad.

The success of the show led to a sequel, titled Ang Iibigin Ay Ikaw Pa Rin, that aired in 2003.

This was followed by another teleserye in 2004, titled Hanggang Kailan, where Alice worked with Christopher de Leon and Lorna Tolentino.

After doing the show, Alice went on hiatus and resided in Canada.

In 2011, Alice returned to the Philippines and made a showbiz comeback via the TV5 series, Babaeng Hampaslupa. She starred in several teleseryes with the Kapatid network until 2014.

In 2014, Alice did a guest apperance in GMA-7's News and Public Affairs mini-series, Ilustrado.

Her last drama series with the Kapuso network was aired in 2015. This was the second remake of MariMar starring Megan Young.

In 2017, Alice signed with ABS-CBN for the first time to do the series Nostalgia. While waiting for the show to be aired, she was tapped to join the cast of FPJ's Ang Probinsyano.