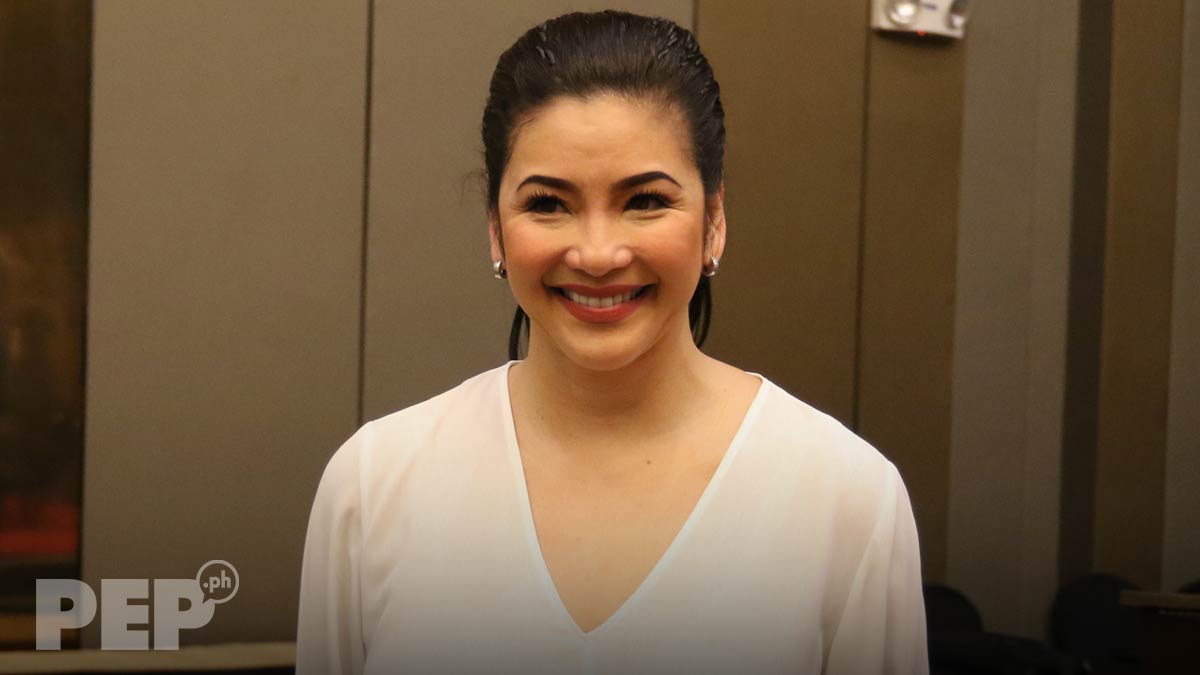 Asia's Songbird Regine Velasquez reveals that she was supposed to do an episode for Maalaala Mo Kaya.

This was Regine's answer when PEP.ph (Philippine Entertainment Portal) asked her about doing an MMK episode during the October 10 press conference at Novotel for her and Sharon Cuneta's upcoming concert titled Iconic.

However, for Regine, she said that the producers have yet to find a perfect episode for her, which is why she has not yet appeared in the drama anthology show.

She explained, "I was supposed to do one for MMK talaga, kaya lang kasi parang they're trying to find the right role.

Regine was able to top-bill two episodes of Maalala Mo Kaya while she was still with GMA-7.

The first was in 2002, where she was paired with Piolo Pascual. Titled "Lobo," it was the highest-rated episode of MMK, which registered a rating of 47.9% in Metro Manila.

The second was in 2008, where she was paired with Albert Martinez. Regine's MMK appearance fueled speculations of her supposed transfer to ABS-CBN, since it happened a week after she cried in an episode of SOP. However, her network transfer did not happen and instead, she signed an exclusive contract with GMA-7.

During Regine's contract signing with ABS-CBN on October 17, 2018, it was announced that Regine will do a sitcom with Ian Veneracion and husband Ogie Alcasid.

Regine is set to mark her first year as a Kapamilya next week, but her sitcom has not aired yet.

During the presscon, PEP.ph contributor Rose Garcia asked for an update about the sitcom.

Regine then explained that she and Ogie are set to do concert tours until next year, which is why they might not be able to do acting gigs in the coming months.

She was able to squeeze in a two-week shooting schedule for her 2019 Cinema One Originals movie, Yours Truly, Shirley.

Regarding the sitcom, Regine said that the Kapamilya network might still be in the process of developing the show.

"I think they're still fixing it, I think, them, ang ano nila, they don't want to come out with something na medyo hindi sila sure.

"Kung medyo parang feeling nila, hindi talaga ito papatok, they're not gonna do it, then thta's fine with me.

"Kasi, siyempre, gusto mo naman, when you come out with something, sigurado and naniniwala ako sa kanila.