Gloria Diaz on Pinoy productions: "I think maybe we’re about eight years behind" 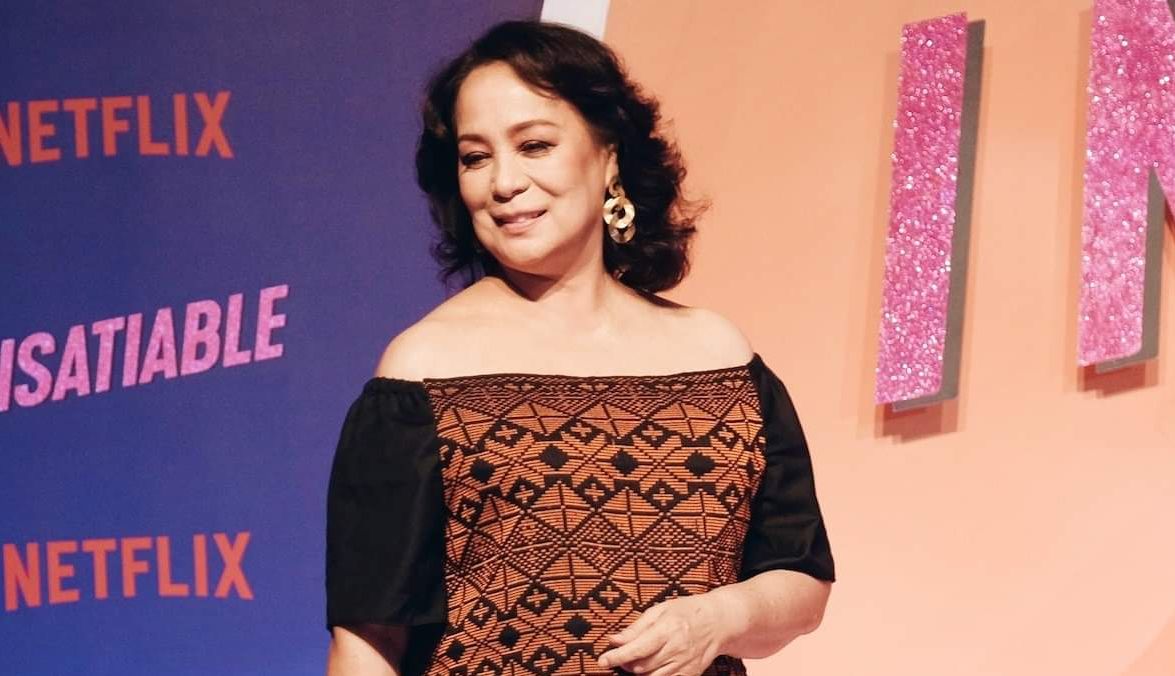 Being a self-confessed fan of Netflix, Gloria Diaz was very thrilled to be asked to appear in a guest role in one of the streaming giant’s hit comedy series, Insatiable, now on its second season.

The iconic beauty queen who gave the Philippines its first ever Miss Universe crown in 1969 admitted that she was simply “awed and overwhelmed to be even cast in the series, even if it was only a guest spot and not a major anything.”

Portraying the role of pageant coach Gloria Reyes who like her is a former Miss Philippines and Miss Universe in the series, the now 68-year old actress said she was “hardly working” when she was doing her scenes.

And even with her short and limited screen time on Episode 6 of the show’s new season, she enjoyed every minute of her stint on Insatiable as working on this Hollywood production also provided her with the chance to compare it with the Pinoy productions that she’s often involved with.

“In terms of acting, technical capacity and budget, I think maybe we’re about eight years behind but that’s not a bad thing. It’s all just a matter of money but we are not doing bad, we’re very flexible and we have a lot of good talents, actors, directors, set designers,” she observed.

Given the character she’s playing and the show’s main plot that involves a bullied teenage girl who is determined to become a pageant queen, Gloria was asked a lot about the time she won the Binibining Pilipinas-Universe title at the age of 18 en route to her Miss Universe victory that same year.

“When I first won Miss Universe 50 years ago, emphasis were given to college degrees and sports. During my time, people always want to know what we [contestants] want to be, many wanted to be engineers, doctors and other professionals. I don’t think I ever heard one single person say she wanted to be a model back then,” Gloria shared.

“Now times have changed. We now talk about things like birth control, divorce. I don’t think education plays the most important part as it is more about presenting yourself in a perfect image, whether you have enough boobs or enough butt when wearing a bikini.”

The often outspoken beauty queen now also finds it funny that every contestant now has an advocacy.

"But that is more like lip service only because you really don’t know what your advocacy is when you’re standing in front of millions of people in a bathing suit,” she qualified.

As Insatiable’s lead character, Patty was bullied because of being overweight, Gloria was asked if bullying was an issue in pageants during her time.

Did she get bullied in real life? Gloria said while she could only recall some slight instances of it during her pageant stint, she just either ignored it or hardly noticed.

“I mean, it’s difficult to bully me. I cannot imagine [anyone doing that to me],” declared Miss Universe 1969.

Describing her character as a “bitch and a big witch,” Gloria said she could not see herself being a pageant coach in real life.

"I think people should do what suits them and make them feel comfortable. In pageants now where I get to be invited as a judge, the contestants tend to look the same. I swear when I look at them, they walk the same, they wear the same make-up, same hair, similar gowns. If I was a mentor, I would make them different,” she pointed out.

Just the same, aspiring beauty queens always come to Gloria for advice especially during the latter part of the pageant or two weeks before the coronation night. She doesn’t think there’s a formula for winning a beauty contest.

“During my time, you lose once and you sink into oblivion. Most contestants will just go back to school and pursue other careers. Now if you lose, you just try again next year and the years after that as long as you are still within the qualifying age. Before we were just happy with the experience and knowing our group of girls, now contestants are more focused with how winning would change their destiny,” she further noted.

"Of course, when you win, you become the boss and as Queen take control [of your narrative]. Everyone will forget how difficult it was for you to get your victory. All they will remember is that you won.”

If Gloria is regarded as an authority figure on pageants by girls who want to follow in her footsteps, the lead stars of Insatiable pretty much feel the same way.

Debby Ryan who plays the lead role of Patty found Gloria to be “intimidating at first” but eventually thought of her as someone who’s “inspiring and formidable and such a legend.”

“Getting to know about her taught me a lot about not only Filipino culture but also about beauty pageant culture and the power and strength of a woman,” she added.

Dallas Roberts who plays Bob Armstrong, Patty’s pageant coach called Gloria “the lioness of the beauty pageant world” and thought their scenes together reflected that impression.

"In the script, Bob is really going to be intimidated by Gloria’s character who was this powerful sort of being and then in walks Gloria who is so regal and it’s like I didn’t have to act,” the actor conceded.