Ritz Azul on not working on TV show for almost a year: “Medyo nagtampo nga ako." 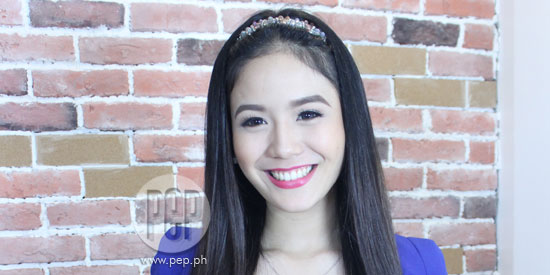 Ritz Azul felt regret when did not receive TV projects after starring in For Love or Money, which ended last January.

Ritz Azul is more than happy to return to television after almost a year of not doing a TV show.

Ritz was last seen in TV5's sexy teleserye For Love or Money, which ended on January of this year. She was cast as the wife of hunk actor Derek Ramsay while Alice Dixson portrayed her rival in the show.

After that, Ritz was absent on television for nine months while she starred in the Cinemalaya 2014 entry Separados.

However, Ritz was quick to clarify that she only sulked for a while.

Still, Ritz is grateful to be part of Savage Cassanova, which will be shown weekdays starting October 27 at 9:30 p.m. on TV5.

“From Nagbabaga to Glamorosa to Misibis Bay at saka For Love or Money, sobrang ang bibigat.

Aside from Ritz, the primetime mini-series of TV5 also stars Edward Mendez who was also previously part of For Love or Money.

As Ivo, he will play the role of a playboy who is out to prove himself as a worthy heir to their family business. Bothered by being taken lightly by people around him, especially by his own father, Ivo creates a masterplan of finding a girl whom he can conveniently marry and abandon later on.

Just as fate would have it, Ivo meets Moira (Ritz), a simple and romantic girl whom he was able to convince to marry him in her state of drunkenness.

Will the Cassanova of this generation finally learn how it is to slowly fall in love or is Moira just plotting a sweet vengeance by faking her own inevitable death?