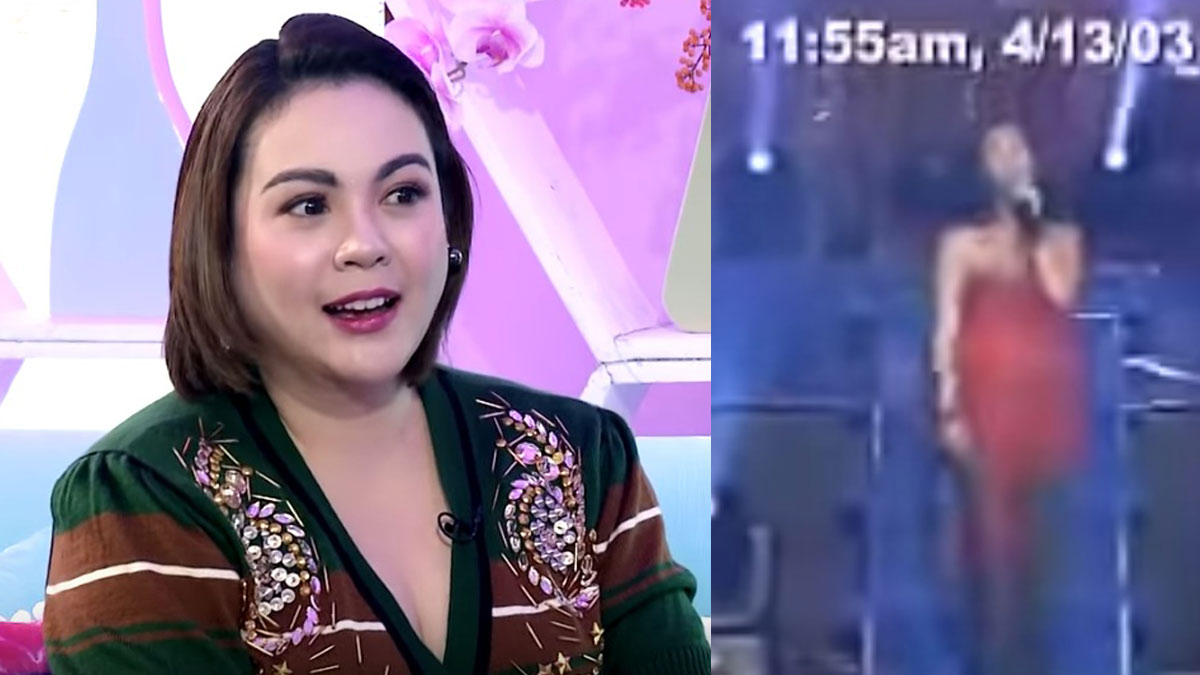 Claudine Barretto looks back on the time when she swore "p*tang*ina" live on ASAP in 2003. The ABS-CBN actress thought she would be suspended by the MTRCB back then.

Claudine Barretto laughed off her viral video wherein she cursed because she tripped onstage during a live episode of ASAP.

The ABS-CBN actress looked back on this incident during an interview on the “Showbiz Pa More” segment on Jeepney TV.

Claudine commented on the video of her saying "p*tang*na" on ASAP Mania on April 13, 2003.

In the video, Claudine was delivering a spiel and walking on stage when she tripped and blurted out, "Ay, p*tang*na!" She regained her composure and said "sorry" right after the incident.

According to Claudine, she felt grateful that she did not get suspended from the ABS-CBN noontime show.

MTRCB refers to the Movie and Television Review and Classification Board.

The Kapamilya actress said that she was simply being herself at the time.

She then pointed out: "At least nakita nila ang totoong Claudine.