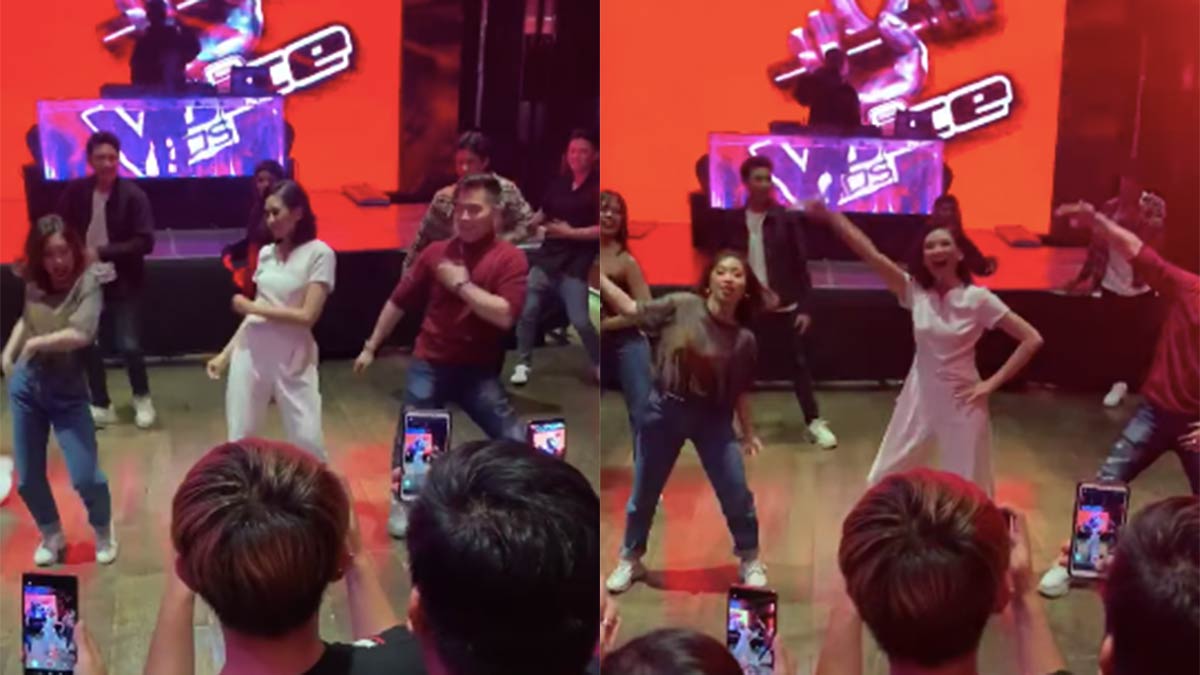 The Voice coach Sarah Geronimo performed the dance moves of "Tala" at the after party of The Voice Kids grand finals, together with alumni Jason Dy, Darren Espanto, and Kyle Echarri.
PHOTO/S: Kaladkaren Facebook page

The Voice coach Sarah Geronimo was seen performing again the dance moves of her 2015 hit song, "Tala," years after the song was launched.

This happened during the after-party of The Voice Kids's grand finals yesterday, November 3.

The Voice Kids DigiTV host Kaladkaren, who was present during the after-party, uploaded the video on Facebook.

Sarah was seen performing the popular dance steps of "Tala" together with former members of Team Sarah: Darren Espanto, Kyle Echarri, and Jason Dy, along with other performers.

Jeremy Glinoga, who was part of Team Sharon in The Voice Teens, and a host of The Voice Kids DigiTV, also danced with the group.

The Facebook video currently has 5K reactions and 966 shares.

The official music video of "Tala," where Sarah was seen performing the dance steps, was launched on June 11, 2016 on YouTube. The video currently has 14 million views.

Anne Curtis also performed the song with Sarah Geronimo during the former's concert in 2018. The tune of "Tala" was also used in one of Anne's commercials for a food chain.

The grand finals of The Voice Kids season 4 was held last night, November 3, with Vanjoss Bayaban of Team Sarah emerging as the grand champion.