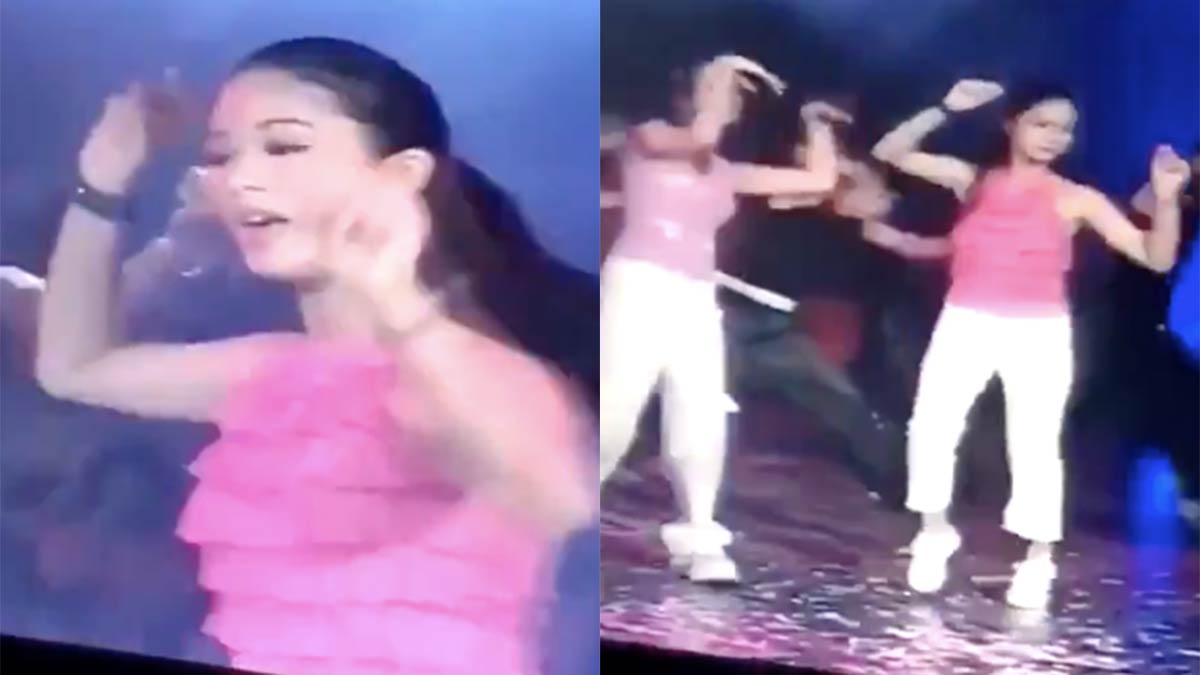 Heart Evangelista commented on a throwback video showing one of her earliest performances when she was still starting out in showbiz. Back then, she was part of the ABS-CBN youth-oriented series G-Mik.

On Tuesday, November 12, a netizen used Twitter to tag Heart and social media personality Mimiyuuuh in a video aired on Jeepney TV. The short clip showed Heart's dance performance in ASAP together with Desiree del Valle and Anna Larrucea.

In the video, Heart can be seen having quite a hard time dancing and keeping up with the dance steps.

The people taking the video can also be heard saying that the three girls's dance moves were "mas malala pa sa GirlTrends."

GirlTrends, now known as GT, is the girl group of ABS-CBN's It's Showtime. One of their performances in It's Showtime became viral for the unsynchronized dance moves of the members.

Heart quoted the tweet and shared her reaction to the throwback video.

Heart also quoted the tweet and admitted that she only wanted to be part of G-Mik, not knowing that dancing was also part of the "package deal!"

Heart started her career in the year 2000, when she became part of G-Mik's second season. She was paired with John Prats in the Kapamilya TV show.

In 2008, Heart transferred to GMA-7 and has remained a Kapuso up to this day.

In August 2019, Heart was seen dancing again when she performed Jennie's "Solo" in the reality show StarStruck.