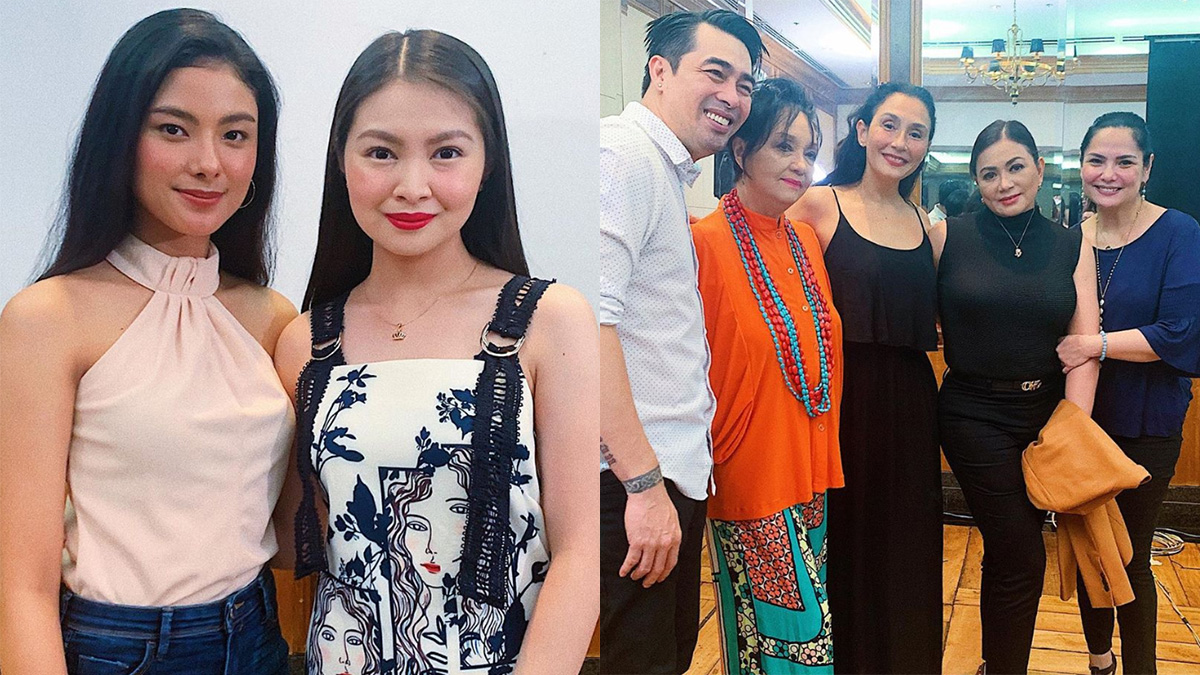 GMA-7 is set to do a remake of the Maricel Soriano-Snooky Serna movie, Anak ni Waray VS. Anak ni Biday.
PHOTO/S: @gmanetwork on Instagram

Barbie Forteza is set to top-bill a new prime-time series on GMA-7.

She will be one of the lead actresses in the remake of Anak ni Waray VS. Anak ni Biday. The original 1984 movie was top-billed by Nida Blanca, Gloria Romero, Maricel Soriano, and Snooky Serna.

A story conference for the Kapuso teleserye was held last Tuesday, November 19, 2019.

Kate Valdez, whose last regular series was Onanay, will also play a major role in the series.

Anak ni Waray VS. Anak ni Biday also marks the reunion of Snooky Serna and Dina Bonnevie. They previously worked with each other in the 1980 youth-oriented film Underage, in addition to other projects. This will be the first time that they will be part of a teleserye together.

Jay Manalo, who was last seen in ABS-CBN's Sino Ang May Sala?, returns to GMA-7 for this project. He will play the man who will catch the attention of Snooky and Dina's characters.

According to GMA News Online, Anak ni Biday VS. Anak ni Waray will revolve around ex-best friends Amy (Snooky) and Sussie (Dina), who will fall in love with the same man, Joaquin (Jay).

This will cause a rift between the two, especially when they find out that they are both pregnant with Joaquin's child.

After seeing each other, Amy and Sussie became so enraged that they were both prompted to give birth. Their babies ended up being switched at birth by accident.

Years later, their daughters Ginalyn (Barbie) and Caitlyn (Kate), cross paths and become best friends. They are unaware that their lives are intertwined and their mothers are mortal enemies.

GMA-7 has yet to announce when the new series Anak ni Waray VS. Anak ni Biday will air on the Telebabad block.