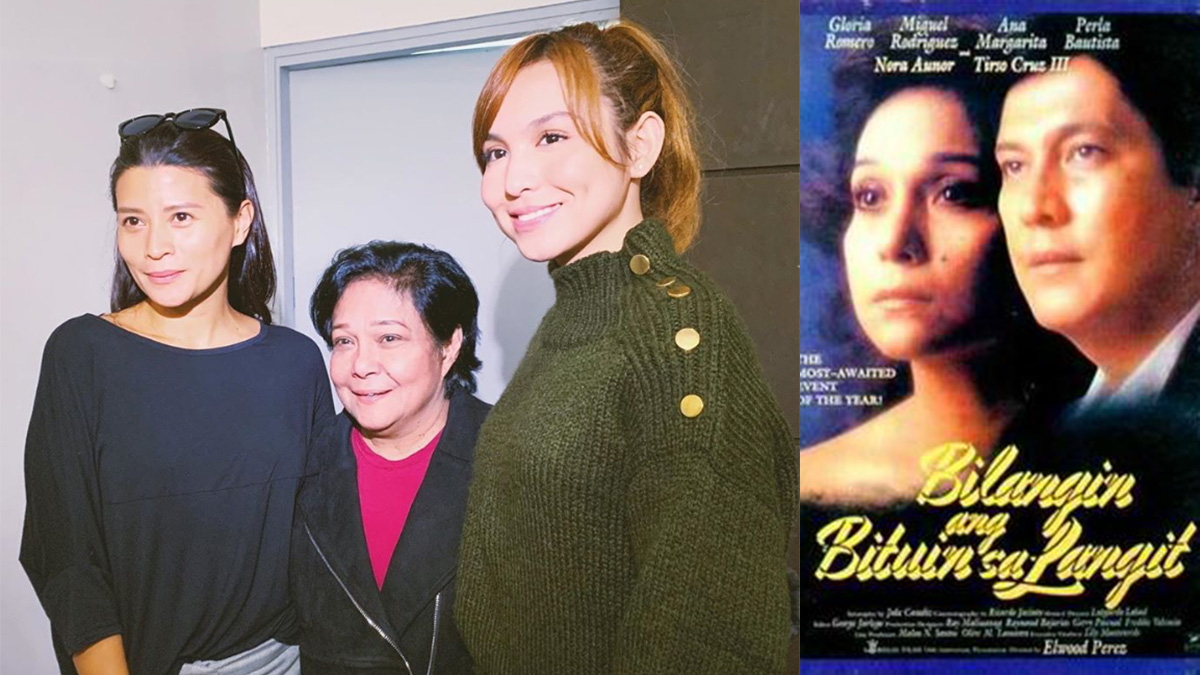 After the success of Little Nanay and Onanay, Nora Aunor is set to top-bill her third teleserye with GMA-7.

She will star in a reboot of her 1989 film with Tirso Cruz III, Bilangin ang Bituin sa Langit.

Kyline Alcantara, whose last teleserye was the afternoon series Inagaw na Bituin, is cast as one of the leads of the drama series.

Freelance actress Mylene Dizon, who returned to GMA-7 early this year for the prime-time series Sahaya, is also part of the cast.

Isabel Rivas also makes a comeback to the Kapuso network after doing a kontrabida role in the ABS-CBN afternoon series Los Bastardos.

The Kapuso network has yet to officially announce if this project will be a remake or a sequel of the 1989 movie.

It turns out that Bilangin ang Bituin sa Langit will be an adaptation of Nora's movie.

PEP Alerts's PEP Troika reported last November 14 that Nora's new teleserye in the Kapuso network will be based on one of her old films.

It was in August 1989 when Regal Films launched the movie Bilangin ang Bituin sa Langit, which was directed by Elwood Perez. It featured the love team of Nora Aunor and Tirso Cruz III.

Production for the movie already started in 1986, but it took three years because of several delays.

Bilangin ang Bituin sa Langit is about Magnolia aka Noli (Nora Aunor), a poor farmer's daughter who dreams of going to college and becoming a doctor.

For Noli to achieve her dreams, Noli's father mortgaged their farm to a rich land owner, Dona Martina (Gloria Romero), who has a son named Anselmo (Tirso Cruz III). Both of them look down on Noli and her ambitions.

Noli's perseverance paid off and she was able to finish college.

Eventually, she and Anselmo fell in love, much to the disappointment and resentment of Dona Martina.

Years passed and Noli's daughter, Maggie (also played by Nora), grew up to be a beautiful but rebellious young lady. Maggie inherited the looks of her mother, but her attitude was completely opposite that of her mother.

Maggie would later meet and fall in love with Jun (also played by Tirso), who turned out to be Anselmo's son. Maggie and Jun's love affair would make things more complicated as Noli and Anselmo reunite after years of estrangement.

For the TV adaptation, Nora will play the grandmother of Maggie, the character previously played by Perla Bautista.

Mylene Dizon will play the role of Noli while Kyline will bring life to Maggie.

Zoren Legaspi is cast as Anselmo, the older character previously played by Tirso.

The movie won Best Picture in the Filipino Academy of Movie Arts and Sciences (FAMAS) Awards and Film Academy of the Philippines (FAP) Awards.

NORA AUNOR AND HER GMA-7 SHOWS

Her next project with GMA-7 happened 21 years after, in 2015, when she did a guest appearance in the teleserye Pari 'Koy and the drama anthology show Karelasyon.

This was followed by a regular prime-time series titled Little Nanay, which aired in November 2015.

Nora's last TV project was the prime-time series Onanay, which ran from August 2018 to March 2019.