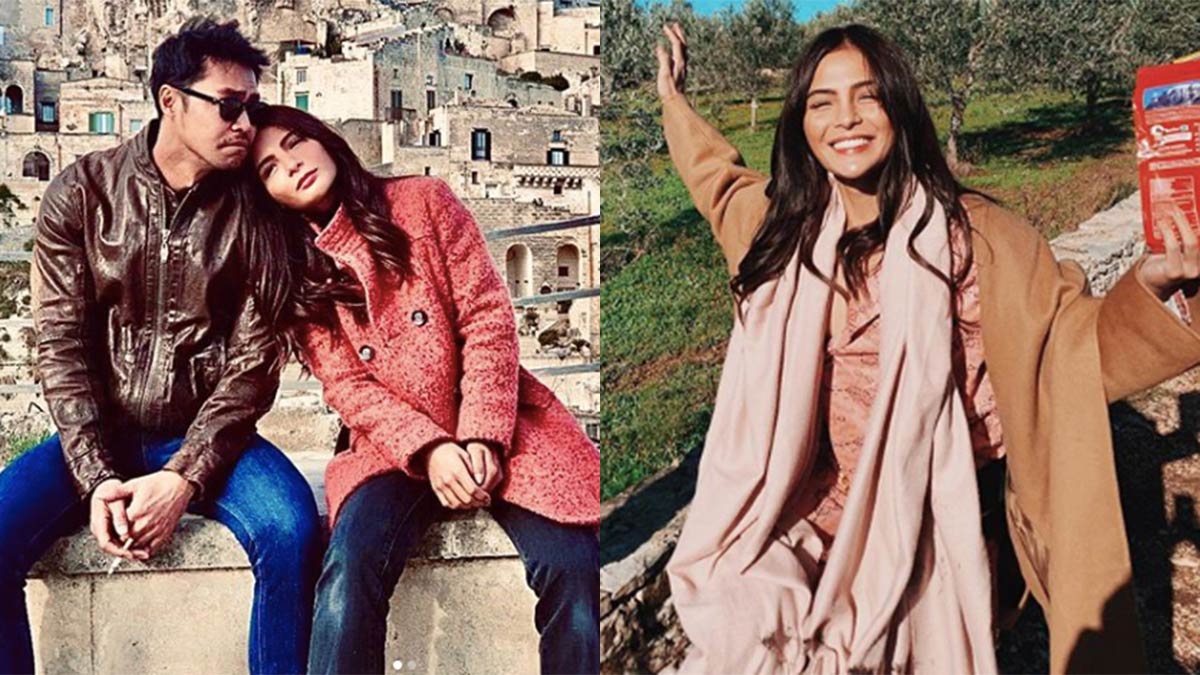 Lovi Poe is currently shooting a movie in Italy produced by Dreamscape Digital for ABS-CBN's streaming service, iWant. She will be paired with Kapamilya actor Zanjoe Marudo for the project.
PHOTO/S: @montie08 / @lovipoe on Instagram

GMA-7 actress Lovi Poe is set to do a project with ABS-CBN.

Lovi will top-bill an original movie to be shown on ABS-CBN's streaming service, iWant.

The new project, which pairs her with Kapamilya actor Zanjoe Marudo, is produced by Dreamscape Digital, the digital arm of ABS-CBN's content provider, Dreamscape Entertainment.

According to Endrinal's post, the movie will be directed by Connie Macatuno, the director of another Dreamscape Digital movie, Glorious.

Dreamscape Digital has yet to announce when the movie will start streaming on iWant.

This is the first time that Lovi will do a project that is fully-produced by a company associated with ABS-CBN.

However, she was able to do guest appearances in some of the network's shows since 2013.

Lovi's recent guest appearance in a Kapamilya show was in Magandang Buhay last October, to promote her movie, The Annulment.

She also did the movie The Significant Other in 2018, which was only distributed by ABS-CBN Films's subsidiary, Star Cinema, but produced by CineKO Productions.

When it comes to her current home network, GMA-7, Lovi also did guest appearances in its drama anthology programs, like Magpakailanman and Tadhana. She also appeared in an episode of Sunday PinaSaya and the prime-time series Beautiful Justice as herself.

However, it has been a long time since Lovi did a regular teleserye with GMA-7. Her last full-length series was The One That Got Away, aired from January to May 2018.

In an interview with PEP.ph (Philippine Entertainment Portal) during an April 2018 visit to the set of The One That Got Away, Lovi said that there are two years left to fulfill her contract with GMA-7.

Lovi also openly said that she is happy to be a Kapuso.