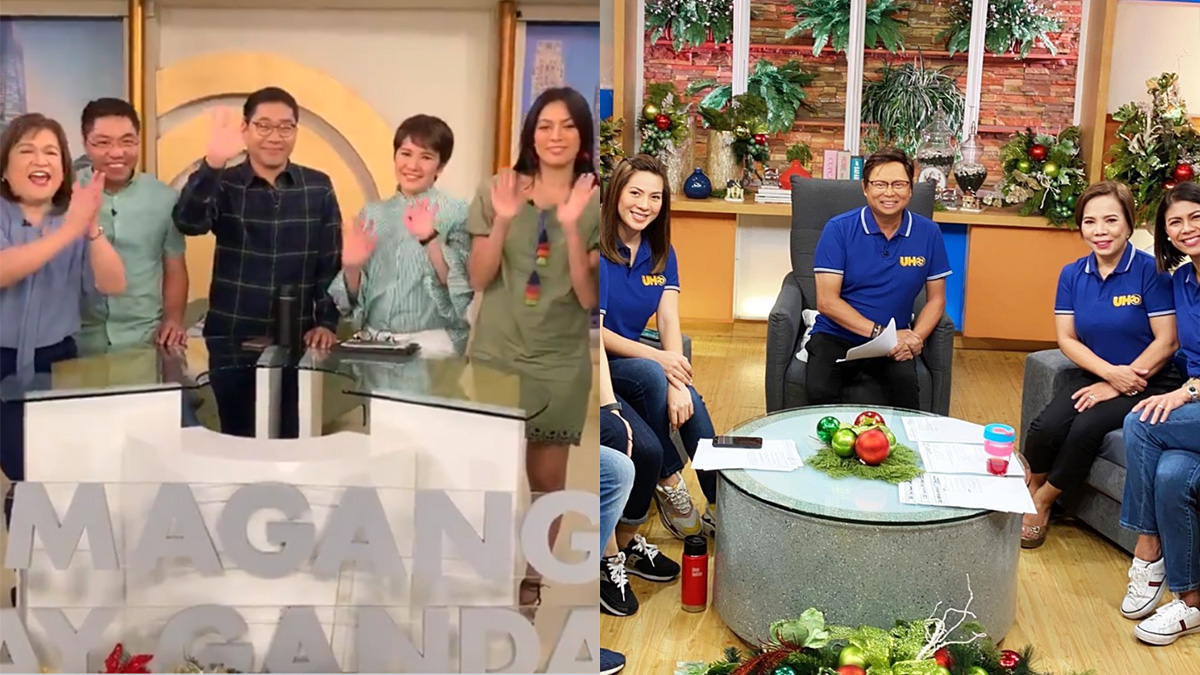 The hosts of ABS-CBN's Umagang Kay Ganda (left) did a video greeting for the 20th anniversary of their rival program in GMA-7, Unang Hirit! The Kapuso hosts, in turn, thanked the Kapamilya hosts for their greeting.
PHOTO/S: @jeffcanoy on Twitter / @akosiigan on Instagram

The hosts of ABS-CBN's morning show Umagang Kay Ganda (UKG) and GMA-7's Unang Hirit do not seem affected by the network war.

Unang Hirit, which started airing in 1999, is celebrating its 20th year on the air.

Jeff Canoy posted the video, which was also aired on live TV, on his Twitter account earlier today, December 3.

Before Unang Hirit finished its episode today, December 3, the hosts of the Kapuso show took time to thank the Kapamilya hosts for their greeting.

The other hosts of Unang Hirit—Lhar Santiago, Suzi Entrata, Luanne Dy, Susan Enriquez, Pia Arcangel, and Mang Tani Cruz—cheered and said hello to the hosts of their rival program.

He wrote in his caption, "Maraming salamat sa pagbati @iamtunying28 at sa @ukgdos"

Unang Hirit and Umagang Kay Ganda have been rivals in the morning slot for 12 years now.

Unang Hirit, considered to be the longest-running morning show in the Philippines, has been on air since December 6, 1999.