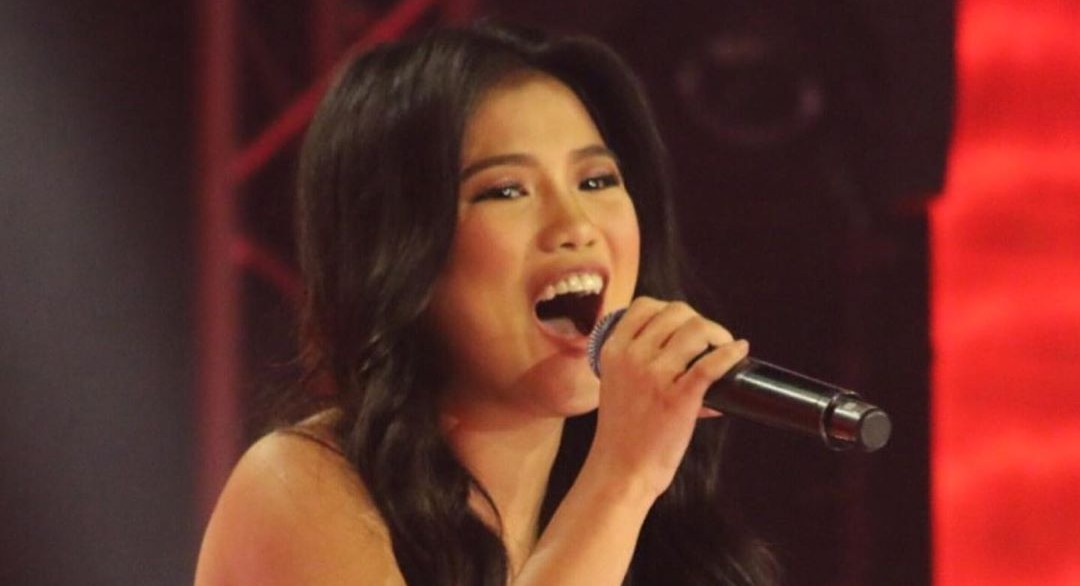 Antonette Tismo (in photo) was able to defeat Janina Gonzales, allowing the former to return to The Clash.
PHOTO/S: @KapusoPRGirl on Instagram

Antonette Tismo is back in GMA-7's The Clash. This is because the ballad singer from Paranaque won the Kapuso singing reality show’s comeback episode, aired last night, December 8, 2019.

Antonette was previously eliminated in the December 1 episode. She returned to the competition and became part of the Top 6 after The Clash judges--Christian Bautista, Lani Misalucha and Ai-Ai delas Alas--commended her performance in The Clashback.

The Clashback was a new twist where six previously eliminated contestants were given the chance to return to the competition.

Before they can do so, they had to defeat each other, then perform against Janina Gonzales, the contestant who was eliminated in the previous episode.

Aside from Antonette, the other returning contestants were Lorraine Galvez, Tombi Romulo, Clark Serafin, Sassa Dagdag, and Al Fritz.

Antonette was second, and she performed Jessie J’s "Mama Knows Best." The judges praised the Paranaque-native for a very good performance, and Lani even thought it was explosive.

Then it was Tombi Romulo’s turn. The Cavite-native, who was eliminated on the November 17 episode, performed Morissette Amon’s "Akin Ka Na Lang." The judges thought she was entertaining, and Christian mentioned that she made her mark.

Clark Serafin, who was eliminated on November 30 episode, then sang Richard Marx’s "Right Here Waiting." The judges enjoyed the Cebuano’s performance because he added effects like whispering some of the words.

Sassa Dagdag came next. The Pampanga-native, who was eliminated on November 24, sang Tina Turner’s "Proud Mary." The judges loved Sassa’s performance because it was exceptional. Christian even mentioned that he felt that she was a star.

Al Fritz was last. He sang a somber version of Francis M’s "Tayo’y Mga Pinoy." The judges thought the performer from Cavite had a powerful voice, and Christian thought it was his best performance.

After the six eliminated contestants performed, the three judges unanimously chose Antonette as the winner.

Antonette was then asked to face Janina in the Matira ang Matibay round. Janina performed first. She sang the song "Jealous" by the English singer-songwriter Labrinth. Then Antonette performed the song "Diamante" by Morissette Amon.

In the end, Antonette defeated Janina after two judges, Christian and Ai-Ai, picked her to move forward in the competition.

Next week, Antonette will compete against the other members of The Clash Top 6: Thea Astley, Aljon Gutierrez, Nef Medina, Jeniffer Maravilla, and Jeremiah Tiangco.