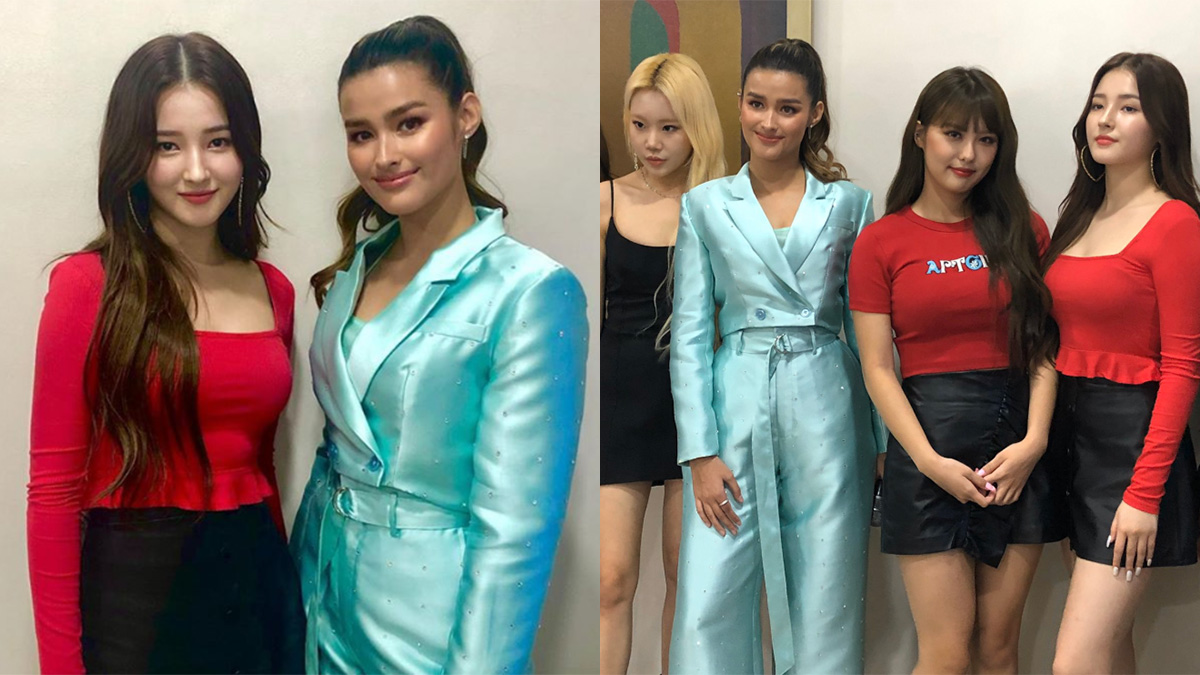 Liza Soberano and Momoland member Nancy McDonie (left frame, wearing red) met during the ABS-CBN Christmas special that took place on December 10, 2019. Liza also had her photo taken with the members of the K-pop girl group.
PHOTO/S: @gru_g.ru on Instagram / @dearscarjames on Twitter

The two ladies had their photo taken during the ABS-CBN Christmas special 2019 shoot held yesterday, December 10, at the Araneta Coliseum.

She wrote in the caption, "Nice meeting you Liza"

According to Star Creatives's James Banaag, it was the girl group who requested for a photo with Liza.

The K-pop girl group Momoland joined the ABS-CBN Christmas special, after they officially became Kapamilya talents. This marks the first time that a K-pop group performed in the annual gathering of Kapamilya stars.

On October 4, 2019, ABS-CBN signed a partnership with Momoland’s management company MLD Entertainment to co-manage the group’s career in the Philippines.

ABS-CBN also announced that the group’s lead vocalist, Nancy, will star in an upcoming series titled The Soulmate Project, produced by Dreamscape Entertainment and Proj 8.

Momoland, meanwhile, announced last month that they would be reorganizing the originally nine-member group into a six-member group.

Ever since Momoland became popular in the Philippines, Filipinos have already noticed the uncanny resemblance of Nancy toLiza.

When Nancy was asked about this during an August 2018 press conference held in Manila, she said that she is honored to be tagged as Liza's look-alike.

"So I actually searched her pictures and she looked so gorgeous so I'm really honored for you guys to think about that so thank you."