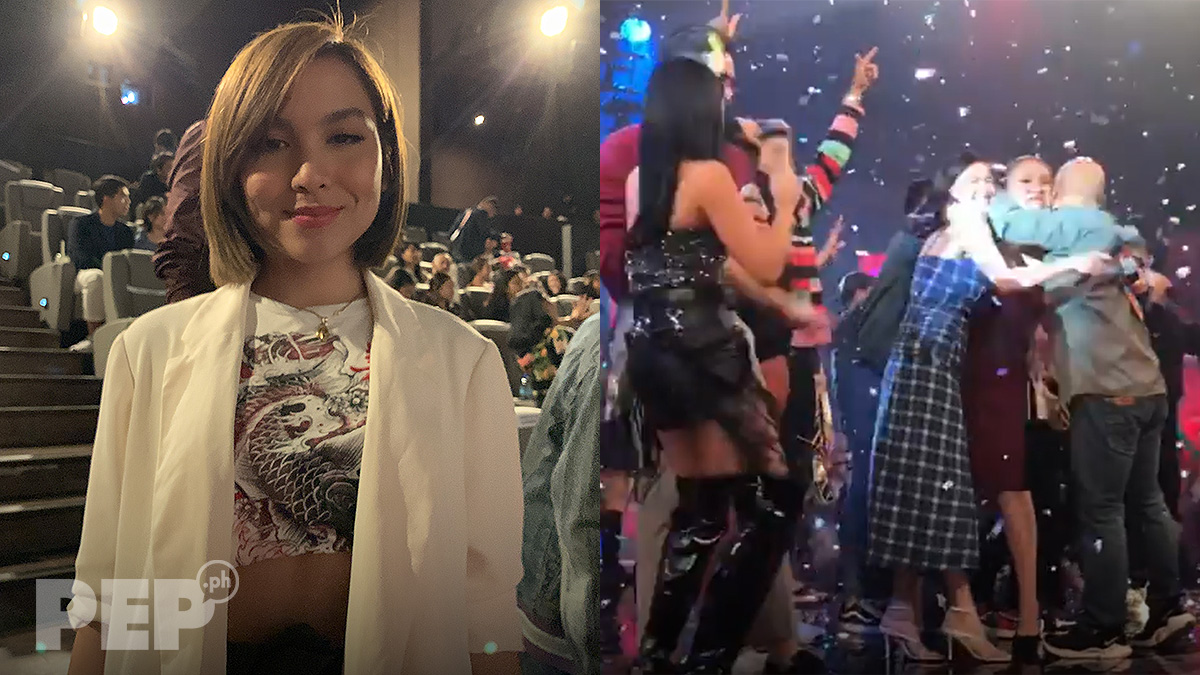 Kyline Alcantara said that the cast members of Sunday PinaSaya (SPS) were all in tears during their last taping day last Sunday, December 15, 2019.

After more than four years on the air, the GMA-7 variety program produced by APT Entertainment will air its final episode next Sunday, December 21.

According to Kyline, everyone tried to hold back their tears since they said that no one would cry.

Hosts Ai-Ai delas Alas, Jose Manalo, and Marian Rivera finally started crying when they were saying their goodbyes on stage.

Kyline, who joined the show in 2017, is also sad that the show had to end at the time when she already became comfortable with the whole cast.

This is why she was shocked when she found out the news that Sunday PinaSaya will go off the air.

For the last episode, Kyline said that Sunday PinaSaya viewers should look forward to the last presentation of one of their highest-rated segments, "Madramarama."

PEP.ph (Philippine Entertainment Portal) had a one-on-one interview with Kyline after the screening of Sunod last Sunday, December 15, at Ayala Malls Manila Bay.

Kyline went to the premiere to support Sunod lead actress Carmina Villarroel, who played as her mother in the defunct prime-time series Kambal, Karibal.

Even though Sunday PinaSaya will end next week, Kyline's fans won't miss her every Sunday because she will be part of its replacement program titled All Out Sunday or AyOS.

When PEP.ph asked about details for the new show, Kyline only said with a laugh, "Bawal pa! Hayaan niyo na sila!"

Kyline is very excited to work with her castmates from Studio 7, as well as the new hosts who will be part of AyOS.

"I'm looking forward, kumbaga, ang isang consistent lang sa buhay natin ay change so we need to adapt to it and we need to change."