Isabela Vinzon, Jeremy Glinoga reunite with other grand finalists of The Voice Teens 1 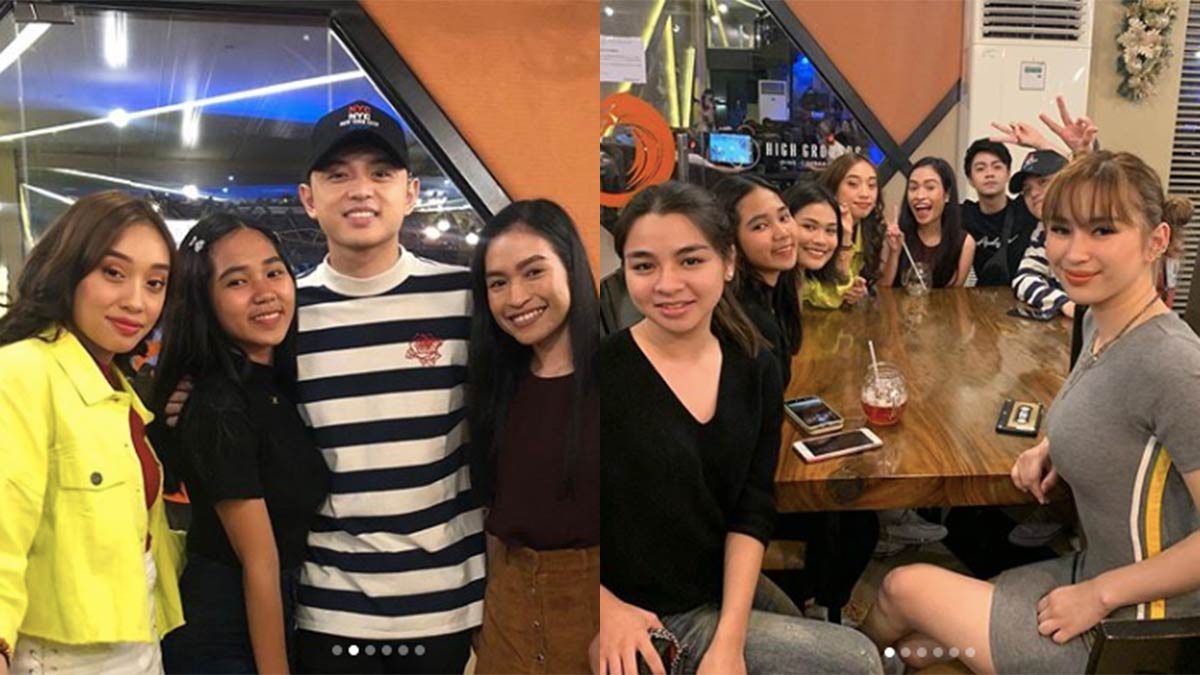 The finalists of The Voice Teens season one had a reunion last December 17. Some of the graduates who attended were (left frame, L-R) Fatima Louise, Jona Soquite, Jeremy Glinoga, Mica Becerro, and (rightmost, right frame) Isabela Vinzon.
PHOTO/S: @micabecerro on Instagram

The finalists of The Voice Teens Season 1 had a reunion two years after their competition aired on television.

Idol Philippines finalist Fatima Louise, who also joined The Voice Teens as part of Lea Salonga's team, was also at the reunion.

They were joined by other finalists and staff of the show.

Jeremy Glinoga, who was the grand finalist of Sharon Cuneta's team, posted some photos from the reunion on his Instagram stories. 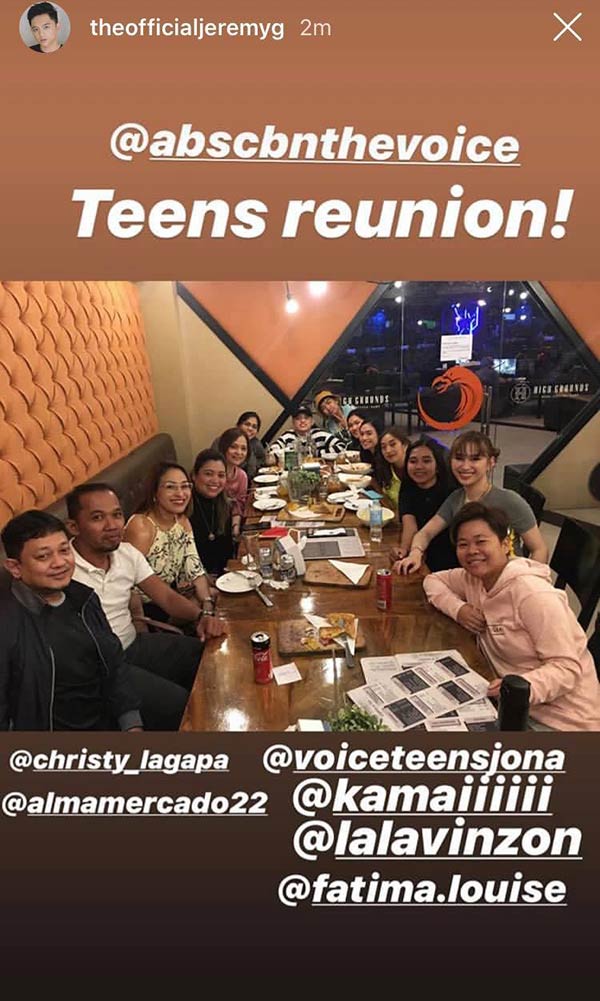 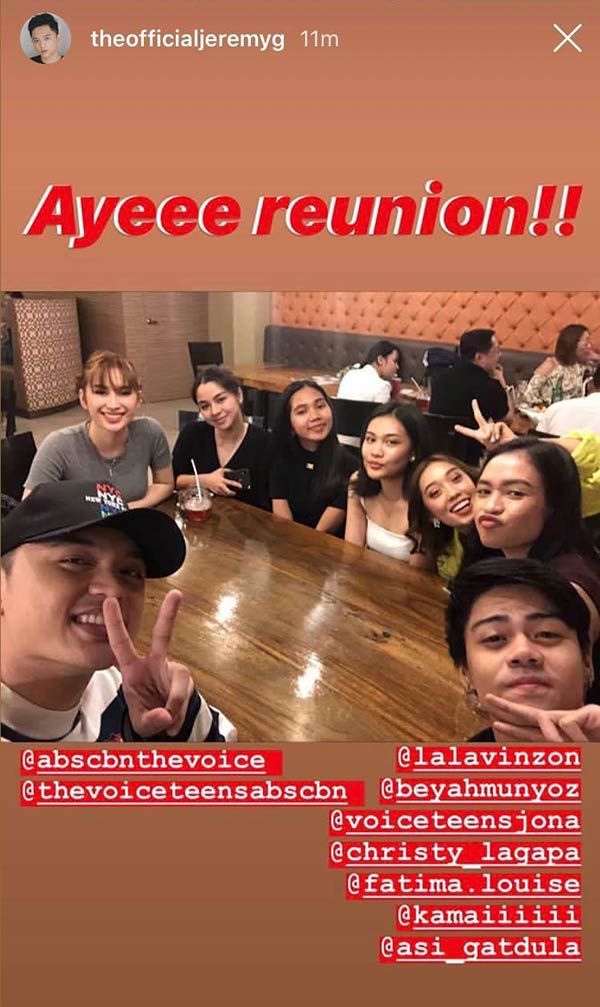 She wrote in the caption, "it's good to see you again guys!"

Among the finalists of The Voice Teens, only Jeremy and Lala have remained active in showbiz.

Lala, who was part of Team Bamboo, turned 18 in October 2019. Last year, Lala collaborated with Malaysian singer Alvin Chong and was able to release an original song titled "We Got This."

Lala also had a short stint in FPJ's Ang Probinsyano in 2018.

This 2019, Jeremy hosted the online show of The Voice Kids titled The Voice Kids DigiTV. He also appeared in the teleserye Sana Dalawa Ang Puso and an episode of iWant original anthology, Alamat ng Ano, in 2018.

Grand winner Jona Soquite, who was part of Sarah Geronimo's team, decided to focus on her studies, as did Mica of Team Lea.

The Voice Teens is set to make a comeback in 2020, with Sarah Geronimo, Lea Salonga, Bamboo, and Apl.de.ap serving as the coaches.