Remember when Judy Ann Santos appeared in this GMA-7 show? 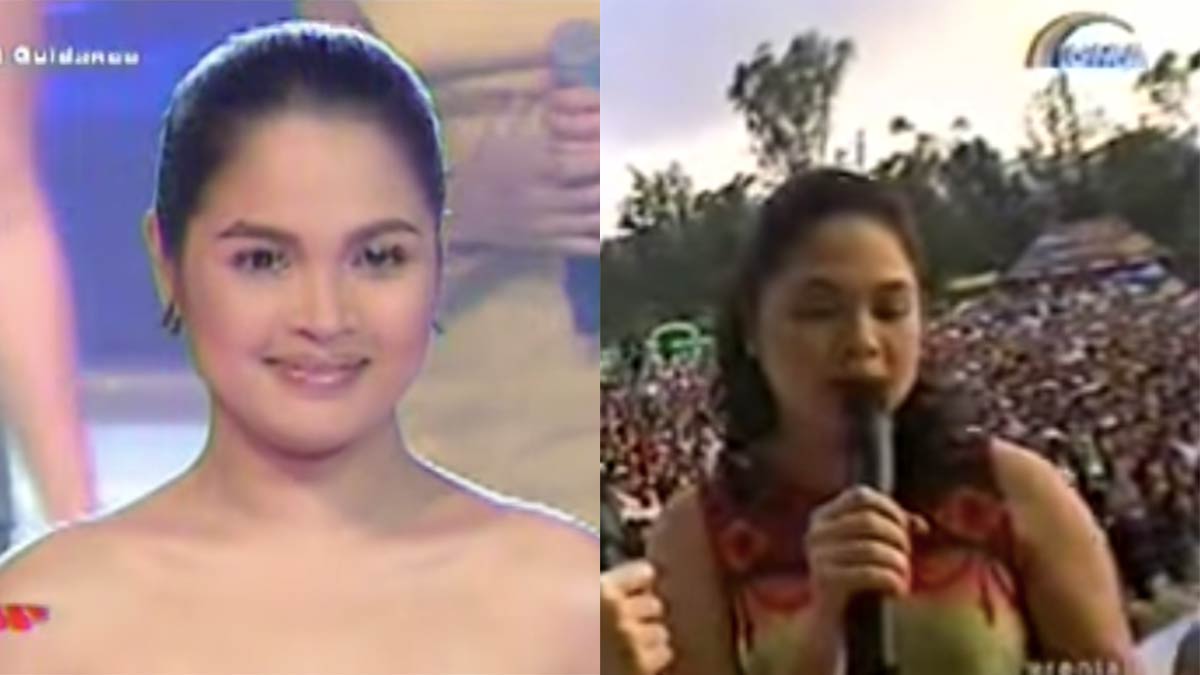 This happened several times in the Kapuso noontime show even though Judy Ann is part of ABS-CBN.

One instance happened in the year 2000, when SOP did an episode in Baguio.

During the live show, Judy Ann shared the stage with SOP mainstay Regine Velasquez, where they did the introduction spiels for the next production number.

The song number involved the love team of Dingdong Dantes and Antoinette Taus, along with the other love teams of GMA-7's youth-oriented show Click: Trina Zuniga and Biboy Ramirez, Maybelyn dela Cruz and James Blanco, Tricia Roman and Joseph Ison, and Roxanne Barcelo and Erwin Aquino.

By the end of their spiel, both Judy Ann and Regine did their best to set SOP's light mood.

Click cast member Joseph, who is now part of GMA-7's Magkaagaw, uploaded the video on his Youtube channel.

During the year 2000, Judy Ann was busy doing her own drama anthology special Judy Ann Drama Special on ABS-CBN, which aired every Monday back then.

Judy Ann also used to celebrate her birthday on SOP.

The May 2007 birthday celebration of Judy Ann in SOP was part of the promo for her movie with GMA Films, titled Ouija. Former ABS-CBN and Ouija co-star Jolina Magdangal personally welcomed her in SOP.

Judy Ann returned to SOP in July 2007 to promote Ouija, which was about to be shown in cinemas that month.

Back then, there were reports saying that Judy Ann would transfer to GMA-7, but she denied this, saying that she was already taping for the ABS-CBN prime-time series Ysabella, which eventually aired in June 2007.

According to Judy Ann, her appearance in SOP is not an issue since she used to do guest host duties in SOP in the past.

The second birthday celebration of Judy Ann in SOP happened in May 2008, where she also promoted the movie Ploning.

This celebration was more controversial than the first one since during that time, Judy Ann had an issue with ABS-CBN when its film arm, Star Cinema, premiered its movie, When Love Begins, on the exact same day as Ploning.

Even then, Judy Ann remained a contract star of ABS-CBN despite the issues.

Even though Judy Ann would appear in SOP, she would also guest in its rival program, ASAP, in some episodes.

In October 2019, Judy Ann received an ASAP tribute in time for the premiere of her ABS-CBN series Starla.