Does Julie Anne San Jose feel the pressure to have All-Out Sundays match the ratings of Sunday PinaSaya, ASAP? 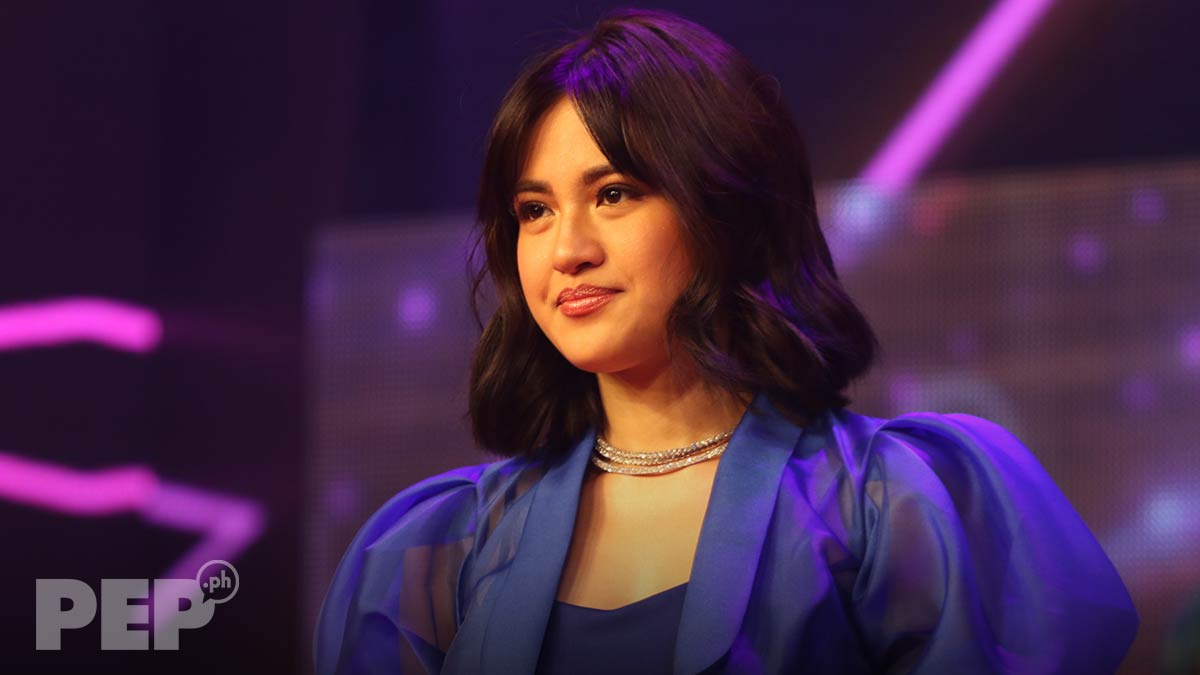 Julie Anne San Jose on All-Out Sundays competing against ASAP in the ratings game: "Hindi lang naman kami parang we have to think about the ratings or whatever. We focus on the quality of the show, the content."
PHOTO/S: Noel Orsal

Julie Anne San Jose chooses not to feel pressured about GMA-7's new variety program, All-Out Sundays, where she serves as one of the frontliners.

All-Out Sundays aired its pilot episode yesterday, January 5, 2020. It replaced the comedy-variety show Sunday PinaSaya, where Julie also served as one of the co-hosts.

According to ratings provider AGB Nielsen, Sunday PinaSaya registered high ratings against its rival program, ASAP Natin 'To, during its run.

In an interview with PEP.ph (Philippine Entertainment Portal), Julie gets asked if she feels pressured to match the ratings of All-Out Sundays's predecessor and compete against ABS-CBN's ASAP Natin 'To, which is celebrating its 25th anniversary.

Julie Anne answers with a laugh, "For me, personally, I don't feel any pressure right now! Hahaha!

"Kidding aside, instead of focusing doon sa pressure, I just feel like having fun kasi when you put too much pressure on something, mas hindi nagiging maganda yung kinakalabasan."

Right now, Julie prefers to focus on making sure that All-Out Sundays brings entertainment and joy to viewers.

"Kumbaga, di naman sa ayaw kong ma-feel yung pressure. Of course, merong pressure, but I don't feel the need to focus on that: feeling that pressure.

"Parang instead of thinking about it too much, overthinking mga ratings, blah blah blah... may competition naman talaga sa industry, but at the end of the day, kung ano yung makakapagpasaya sa audience talaga.

"Lahat naman kami, hindi lang naman kami parang we have to think about the ratings or whatever. We focus on the quality of the show, the content."

According to AGB Nielsen, All-Out Sundays won in the ratings game against its rival program, ASAP Natin 'To.

As early as now, Julie Anne is ready to hear people's comments about All-Out Sundays.

These might include comparisons to the now defunct Sunday PinaSaya because All-Out Sundays also features comedy-musical skits.

Some people might also compare it to the Kapamilya show, ASAP Natin 'To, because of its musical production numbers.

Julie Anne, along with the show's cast and staff members, are also open to criticisms and suggestions.

Now that All-Out Sundays mixes the comedy and musical variety formats, Julie Anne is looking forward to the production numbers that she and her fellow co-hosts will do in the program.

One of the show's production numbers features the singers performing popular hits with a twist in musical arrangement.

For instance, Julie Anne performed a rap song that was arranged to become a ballad.

According to Julie Anne, the number was inspired by The Clash finalist Jeniffer Maravilla, who is also a part of All-Out Sundays.

During The Clash, Jeniffer used to perform novelty hits such as "Boom Tarat Tarat" and "Hayaan Mo Sila" with a ballad arrangement.

"And then, it was a good experience, bagong experience siya for us kasi we don't usually sing songs na ganun yung areglo.

PEP.ph reminds Julie Anne of their production numbers in the defunct variety show Party Pilipinas, wherein they would sing while wearing a harness or doing other stunts.

Is she open to doing that in All-Out Sundays?

Julie Anne answers with a smile, "May mga harness harness, ganun? Ayos! Why not, di ba?"