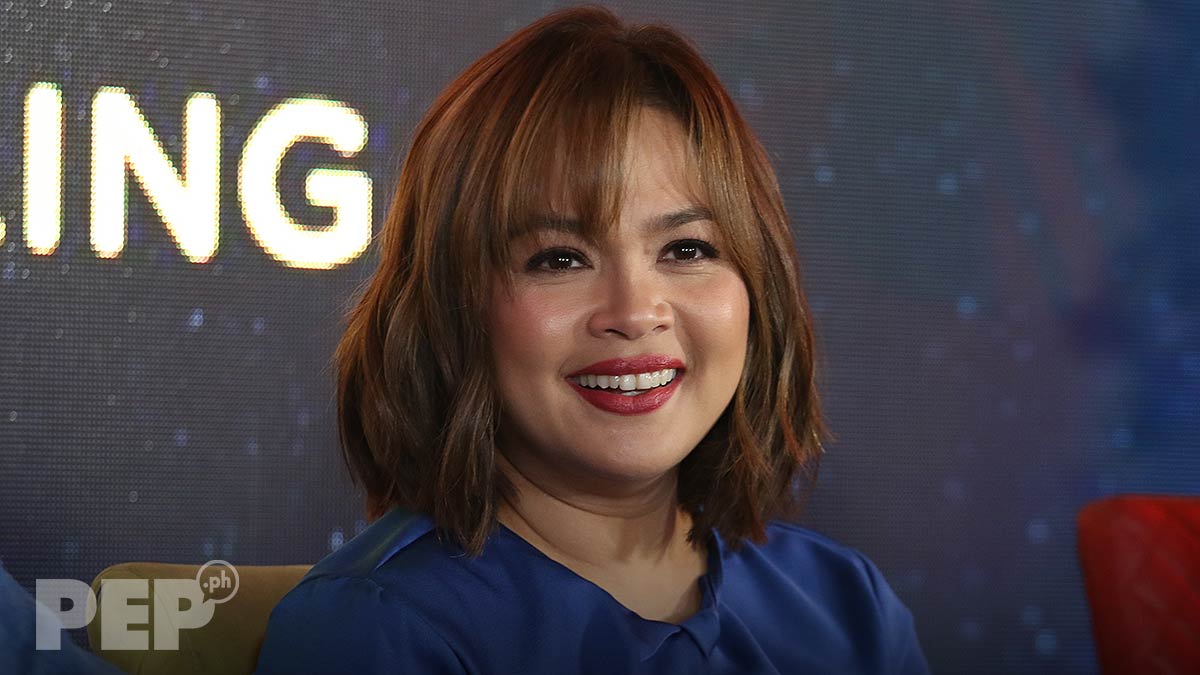 Judy Ann Santos has no plans of leaving ABS-CBN.

In the past, Judy Ann was always embroiled in a controversy involving her mother network whenever her teleserye was about to end.

One particular incident happened in 2013, when her drama series Huwag Ka Lang Mawawala ended its run.

During its finale press conference, Judy Ann said back then that she was open to negotiating with other networks.

This time, Judy Ann vowed that she will remain a Kapamilya.

She said with a smile, "Maiba naman!"

But then, Judy Ann does not deny the fact that there were times in the past when she had thoughts of leaving the Kapamilya network.

"Pero, you'll always go back to where you began, where you started, and napapag-usapan naman ang mga bagay bagay. I am able to tell everything to Tita Cory Vidanes, to Tatay Lauren Dyogi.

Judy Ann has been with ABS-CBN for almost 28 years.

She started her career in 1992, via the Kapamilya afternoon series Mara Clara, which ran for five years.

Even though Judy Ann has remained a contract star of ABS-CBN through the years, there were times when she was allowed to appear in GMA-7 shows such as SOP, May Himala, GMA Telesine, and Eat Bulaga!

In a previous exclusive interview with PEP.ph, Judy Ann openly talked about the times when she considered leaving ABS-CBN, but decided to remain a Kapamilya.

Judy Ann talked to PEP.ph and other members of the entertainment press during the finale press conference of Starla held last January 6, at the 9501 restaurant in ABS-CBN.

JUDY ANN'S NEXT TELESERYE WITH ABS-CBN

Even though Judy Ann will remain a Kapamilya, it will take some time for her to be seen again in a regular teleserye.

According to the actress, she needs to have at least a six-month lead time to prepare for a new project.

Judy Ann agreed to do two movies this 2020, which is why she does not have enough time to shoot another TV series.

During her December 2019 solo press conference, the 2019 Cairo International Film Festival Best Actress said that she will be picky with her projects.

PEP.ph then asked her to reveal the factors that would convince her to star again in a teleserye.

Judy Ann pointed out, "Yun ang nakakatuwa with ABS, with Dreamscape, with all the business units.

"For some reason, they are able to give you new characters na hindi mo maiisip. 'Ah, pwede nga naman itong character na ito.'

"I don't have to do anything, Maghihintay na lang ako.