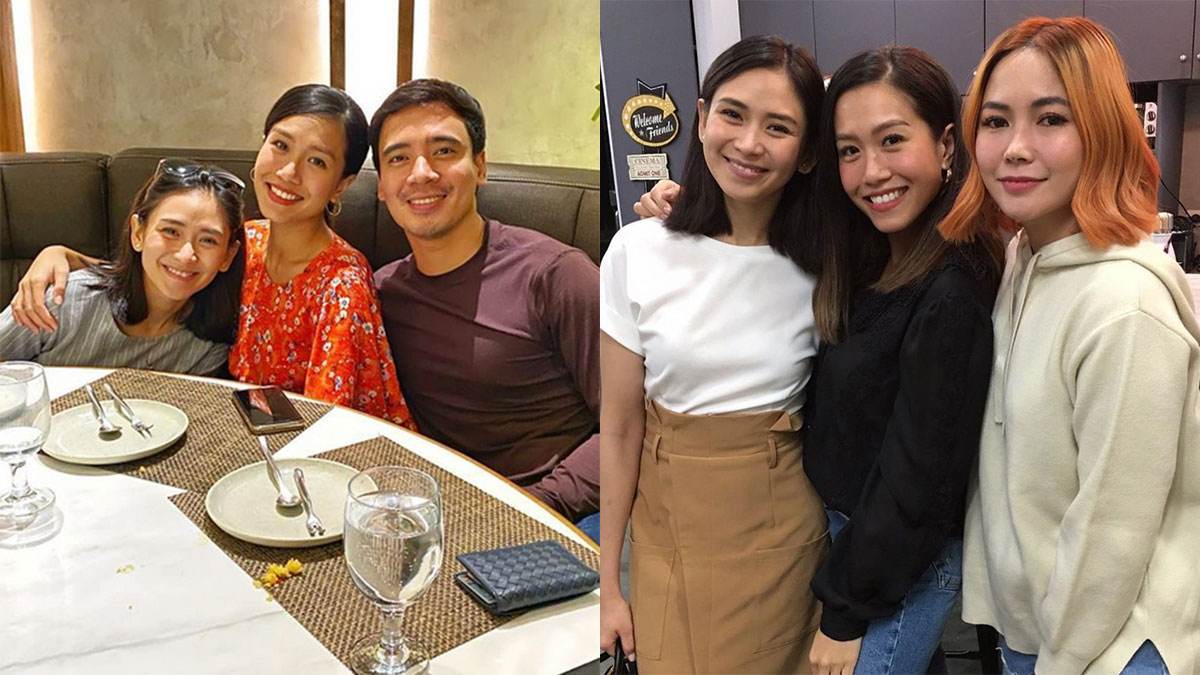 Rachelle Ann Go (wearing red) is scheduled to hold a concert in Manila this February 2020.
PHOTO/S: @eriksantos / @cornerstone on Instagram

Rachelle Ann Go, who was last seen in GMA-7 shows before pursuing a career in the international stage, is currently in the Philippines.

Rachelle Ann had a reunion with her former co-hosts in ASAP: Sarah Geronimo, Erik Santos, and Yeng Constantino.

On Friday, January 3, Rachelle Ann had a dinner with Sarah and Erik. The three of them used to perform in the ASAP segment called "ASAP Champions."

He wrote, "I don’t know what’s tighter, my jeans or our friendship. Fridate with @justsarahgph and @gorachelleann. #Champs"

In another post on January 6, Erik posted a then-and-now photo montage with Rachelle Ann and Sarah, featuring their 2020, 2012, and 2004 selves.

Last January 8, Rachelle Ann posed for a photo with Sarah and Yeng Constantino.

Yeng, Rachelle Ann, and Sarah used to headline an ASAP segment titled "YRS," wherein they performed concert hits. It used to be one of the most popular segments of the Kapamilya noontime show.

However, according to reports, Rachelle Ann's former manager, VIVA Artists Agency, did not want her to be part of the project because she was being offered the role of Cherie Gil. Back then, her manager did not want Rachelle Ann to be typecast as a kontrabida. Rica Peralejo was chosen to replace her.

However, the Sana'y Wala Nang Wakas project did not push through.

Instead, Sarah and Rica top-billed the 2007 drama series Pangarap na Bituin along with Maja Salvador.

The YRS segment continued airing on ASAP until early 2010, when Rachelle Ann decided to leave ABS-CBN and return to GMA-7.

In 2014, Rachelle Ann temporarily left the local entertainment scene when she was cast as Gigi in the London staging of Miss Saigon.

Rachelle Ann also joined the West-End revival of Les Miserables, and the Broadway revival of Miss Saigon in 2017.

She also finished her stint in Hamilton in 2019.

In the Philippines, Rachelle Ann remains connected to GMA-7 through her guest appearances. She was one of the singers of the theme song used in the Kapuso network's 2018 Christmas station ID. Her career is still being managed by Cornerstone Entertainment.

In April 2018, Rachelle Ann got married to Martin Spies. Erik and Sarah were both present as wedding guests during the special event.