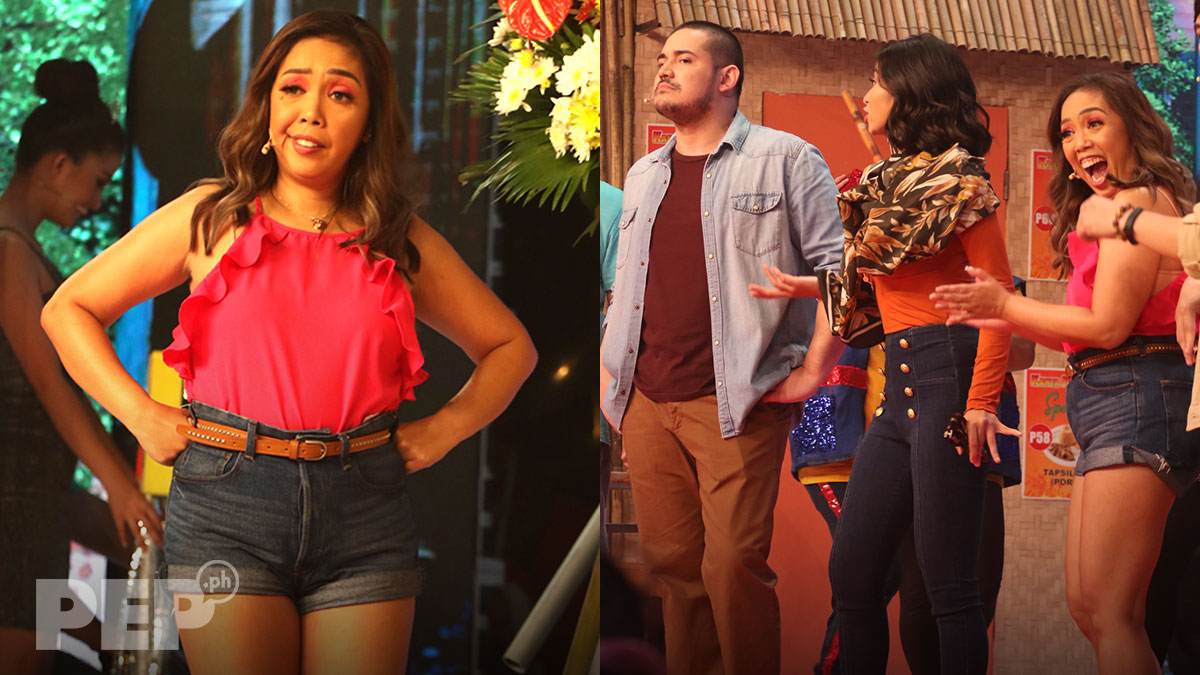 Comedienne Kakai Bautista (left frame) refuses to be affected by viewers' comparisons between All-Out Sundays' "Tapsikret" segment to the comedy skits of its predecessor, Sunday PinaSaya. In Tapsikret, Kakai plays the best friend of Glaiza de Castro, whose newly-opened restaurant is competing against the establishment owned by Paolo Contis.
PHOTO/S: Noel Orsal

Kakai Bautista is aware that GMA-7's new musical-variety show All-Out Sundays (AOS) could be compared to its predecessor, Sunday PinaSaya (SPS), as well as its rival show ASAP Natin 'To.

But the 41-year-old character actress refuses to worry about things she can't control like TV ratings or viewers' feedback to their show.

The now-defunct blocktimer Sunday PinaSaya used to air in the timeslot now occupied by All-Out Sundays. SPS sustained high TV ratings throughout its four-year run on the Kapuso network.

What differentiated SPS from ABS-CBN's long-running Sunday musical variety show was that the former showcased not only song-and-dance production numbers, but comedy skits and game segments as well.

It isn't clear why GMA-7 management decided to replace SPS with a new show that has a similar format.

Kakai dismissed speculations that the co-hosts of SPS might feel uneasy about this development.

In the same vein, Kakai says she isn't pressured for AOS to match the success of ABS-CBN's ASAP Natin 'To.

In her interview with PEP.ph (Philippine Entertainment Portal), Kakai admits she's overjoyed to be part of AOS.

In her 16 years in showbiz, Kakai says it's the first time that she became part of a weekly musical-variety show.

Since she started out as a stage actress before establishing herself as a comedienne in showbiz, she believes this made it easier for her to be part of AOS's comedy group.

She plays the best friend of Glaiza de Castro in the show's "Tapsikret" segment.

The pilot telecast of AOS alloted three gaps for "Tapsikret." It tells the story of ex-lovers, played by Glaiza and Paolo Contis, who are competing against each other while running their newly-opened tapa restaurants.

Kakai's flair for comedy certainly added to the entertainment value of the show.

Completing the set of stellar performers were Aicelle Santos, Boobay, and Super Tekla.

If some viewers don't find their segment good enough, Kakai says that what matters is that she knows she gave an all-out performance.