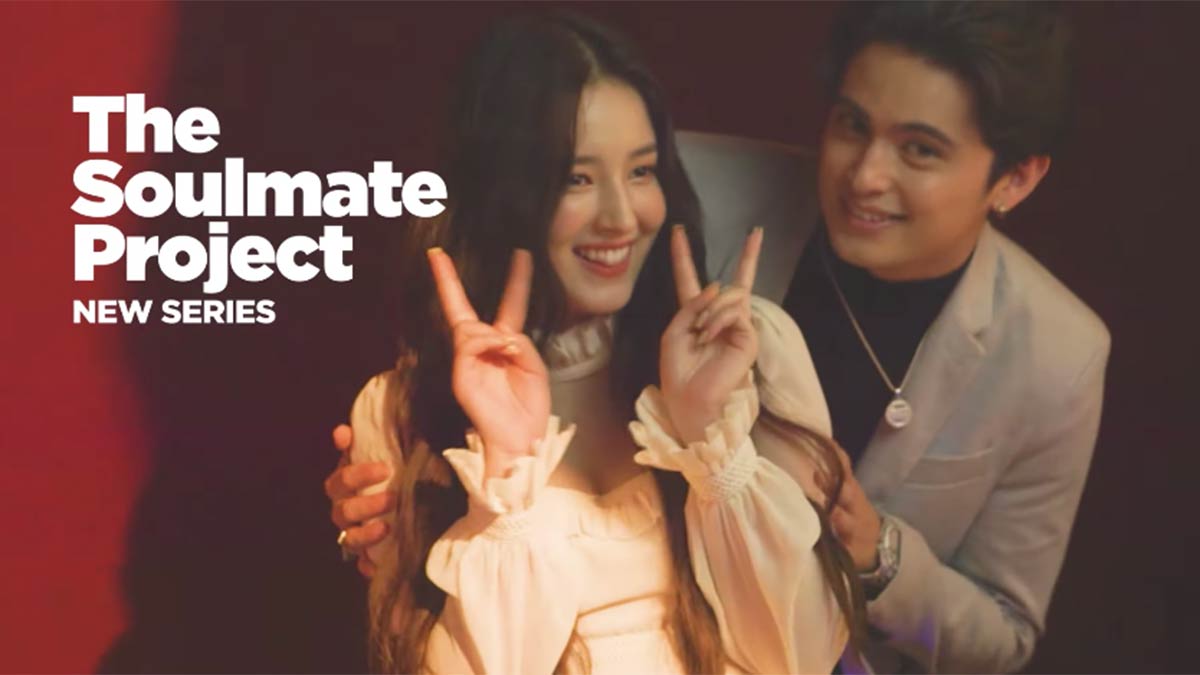 Amid past reports that James Reid was thinking twice about working with Momoland's Nancy McDonie, ABS-CBN has announced that their project is included in the network's lineup for 2020.
PHOTO/S: ABS-CBN

James Reid is pushing through with his project with Nancy McDonie of Momoland.

The series called The Soulmate Project is one of the many projects shown in ABS-CBN's omnibus plug for its 2020 offerings.

The trailer released today, January 13, showed snippets from the story conference of the series, which was formerly titled Soulmate.

The Soulmate Project is a series presented under the "pagsasanib pwersa ng ABS-CBN at iWant" of the omnibus trailer.

It is not clear, however, if the series will be streamed exclusively on iWant, or aired simultaneously on TV.

This is because the omnibus trailer had separate parts for ABS-CBN's TV and digital offerings.

iWant also posted the omnibus trailer of ABS-CBN 2020 offerings, and indicated that The Soulmate Project is one of iWant's upcoming projects.

During the October 4 story conference, the announcement was made that Antoinette Jadaone will direct this series produced by Dreamscape Entertainment.

The story conference was held on the same afternoon when Momoland and their manager, MLD Management, inked a co-management contract with ABS-CBN.

In an interview with ABS-CBN News, Jadaone explained that the production format of The Soulmate Project is a canned series. This means all episodes are already completed before being aired, similar to American and Korean TV shows.

The James Reid-Nancy McDonie project is slated to run for 13 episodes.

Jadaone, who will also write the series, said: "Hindi siya teleserye. It's a series because it's 13 episodes. It’s not like how we do teleseryes na you do it per script every day, with a weekly script.

JAMES REID DROPPING OUT OF PROJECT?

A month later, on November 2019, PEP Alerts's Cabinet Files reported that the production staff of The Soulmate Project was disappointed with James.

Dreamscape Entertainment and ABS-CBN have yet to reveal details about The Soulmate Project.

The ABS-CBN 2020 omnibus plug released other titles to be released on its digital streaming platform, iWant.

The Dreamscape Digital-produced shows, Call Me Tita and Mga Batang Poz, will each have a second season.

The internationally-acclaimed movie, Quezon's Game, featuring the life story of Manuel L. Quezon, who is portrayed by Raymond Bagatsing, will also be released on iWant.

Julia Barretto and Tony Labrusca will top-bill a romance digital series called I Am U, while Sam Milby and Yassi Pressman will be paired in the crime series The Tapes.

GMA-7 actress Lovi Poe will top-bill the Dreamscape Digital movie, I, where she is paired with Zanjoe Marudo.

Star Cinema, the successful film arm of ABS-CBN, will also venture into digital production, via the series He's Into Her, starring Donny Pangilinan and Belle Mariano.