Remember when Julia Montes and Coco Martin got "married" in this ABS-CBN teleserye? 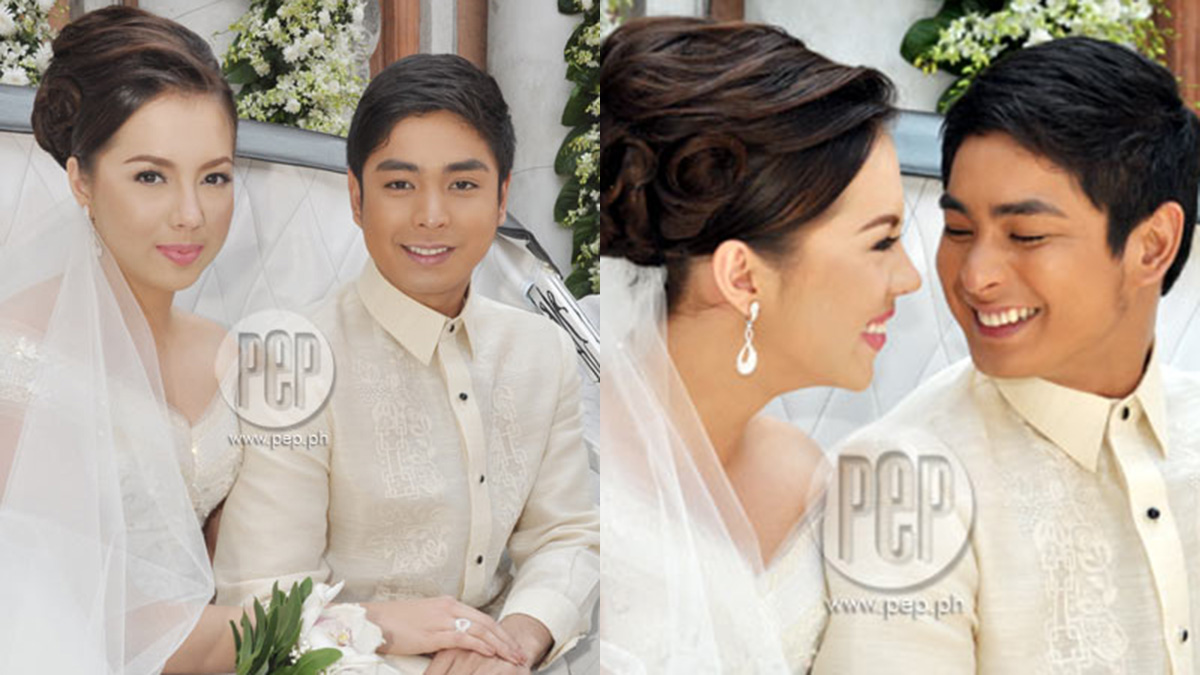 Remember when Julia Montes and Coco Martin got married in their first teleserye together, Walang Hanggan?
PHOTO/S: PEP Files

Remember when Julia Montes and Coco Martin got married in a teleserye?

This happened in their first drama series together, Walang Hanggan, which aired in 2012, exactly eight years ago.

In the teleserye, which aired its pilot episode on January 16, 2012, Julia and Coco played star-crossed lovers Katerina and Daniel.

Katerina and Daniel endured a lot of hardships before they finally ended up together and got married.

Viewers avidly followed Katerina and Daniel's love story, which is why Walang Hanggan became a top-rater in its timeslot. It registered an average of 38% to 40% viewership in the ratings game.

This was the reason why the onscreen wedding was one of the much-awaited scenes in the Kapamilya teleserye.

Because of its impressive ratings, ABS-CBN spent a fortune for the onscreen wedding that was shot on October 8, 2012.

According to reports, ABS-CBN spent at least P3 million for the wedding episode.

The wedding was shot in San Agustin Church in Manila.

At 17 years old, Julia experienced walking down the aisle and wearing a wedding gown designed by Paul Cabral. 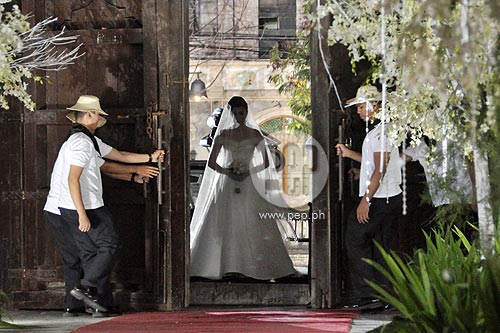 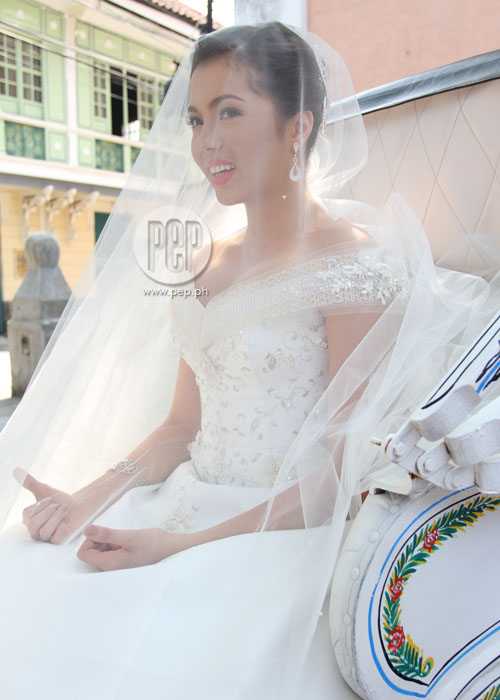 Before reaching the altar, Julia rode a horse-drawn carriage, instead of the usual bridal car, while carrying a dainty parasol. 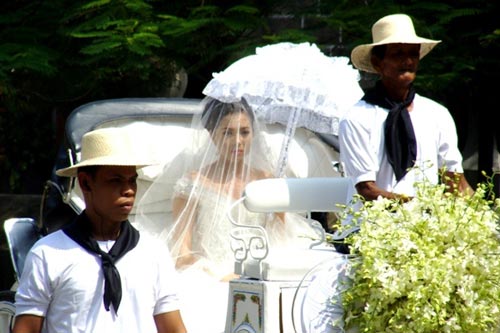 During the first part of the show, the two made a lover's pact. Daniel gave Katerina an infinity ring that symbolized his eternal love for the young woman. 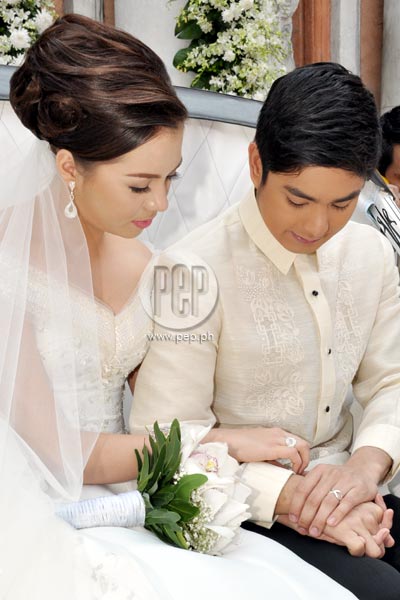 The ABS-CBN Philharmonic Orchestra, under the baton of Gerard Salonga, served as the choir for Daniel and Katerina's wedding. 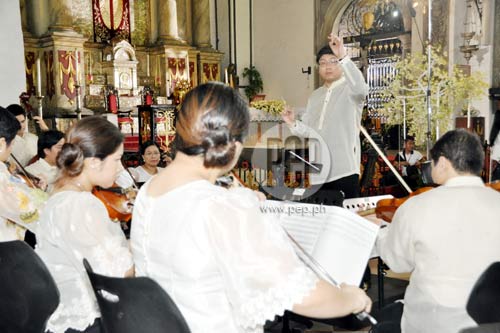 To decorate the church, the production staff acquired white Cymbidium orchids, which cost around half a million pesos. 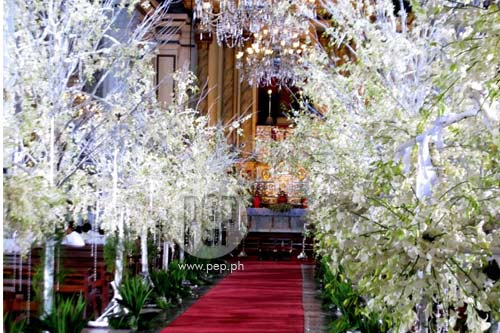 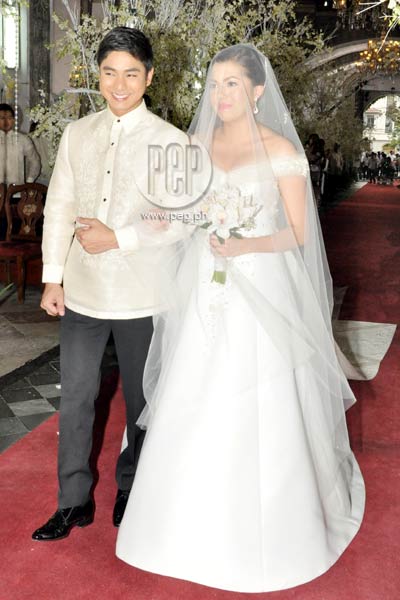 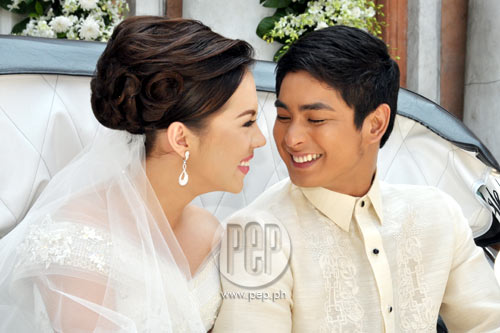 The finale got a TV rating of 45.4%, according to Kantar Media.

JULIA AND COCO AFTER WALANG HANGGAN

While shooting Walang Hanggan, Coco and Julia were already being linked to each other but they both denied that they were in a relationship.

They were able to work with each other in three more projects: the movie A Moment In Time (2013), the drama series Ikaw Lamang (2014), and the weekly series Yamishita's Treasure (2015).

In 2015, reports came out that Julia and Coco were officially in a relationship, but the two remained mum about these reports.

In that same year, they moved on to different projects.

Coco started doing the prime-time series FPJ's Ang Probinsyano, which is still airing up to now.

In January 2018, during the grand press conference of Asintado, PEP.ph and other reporters interviewed Julia.

One of the topics tackled was the report about Julia's relationship with Coco.

In April 2019, showbiz insiders confirmed that Julia gave birth, and that Coco is the father of the baby. But both stars and their camps have yet to address the issue.

In October 2019, "JULIA MONTES IS BACK" trended on Twitter after Julia was spotted shopping at a supermarket.

On November 1, 2019, Julia was one of the celebrities who greeted Coco on his birthday using Instagram.

Julia posted a framed photo of Coco, and captioned the Instagram post with "HBD" with a face blowing a kiss and birthday cake emojis.

At press time, Julia has yet to appear again in a teleserye, while Coco still top-bills FPJ's Ang Probinsyano, which has been airing for more than four years.