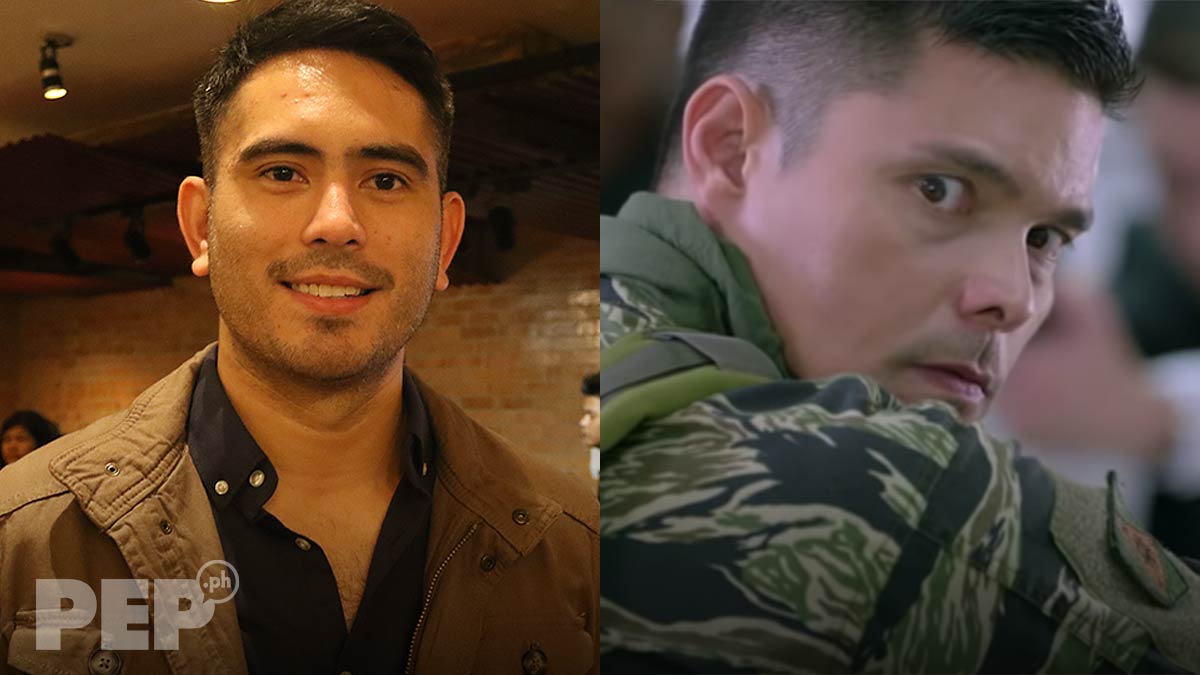 Gerald Anderson commented on the possible competition between his upcoming prime-time series, A Soldier's Heart, and GMA-7's upcoming adaptation of Descendants of the Sun.

It is because the two shows are both set in the military world.

A Soldier's Heart tells the story of seven soldiers who will face the hardships and triumphs of being a soldier as they forge a loyal brotherhood.

Descendants of the Sun is an adaptation of the 2016 Korean drama of the same title. It stars Dingdong Dantes and Jennylyn Mercado.

The Kapuso series follows the love story of Captain Lucas (Dingdong) and Doctor Maxine (Jennylyn) in the midst of their duty to mankind as a soldier and a doctor, respectively.

In an intimate press conference after the January 16 screening of A Soldier's Heart at Gateway mall, PEP.ph (Philippine Entertainment Portal) asked Gerald about the possible comparison between the two military-themed shows.

When PEP.ph asked if there is added pressure on him as the lead actor of A Soldier's Heart, Gerald answered, "It's nice because, siguro kilala niyo ako, I'm a very competitive person.

In A Soldier's Heart, Gerald and the other cast members had to work with guns and explosives.

In one of his scenes, Gerald experienced using an explosive that almost exploded in his face!

"At the end of the day, parang yung safety is number one. Pero kasama talaga yun sa action teleserye, e.

Gerald also went through rigorous military training, which can be seen in the show's pilot week.

Gerald is proud to top-bill a drama series that honors Filipino soldiers.