Remember when Nadine Lustre cried while talking about love in this reality show? 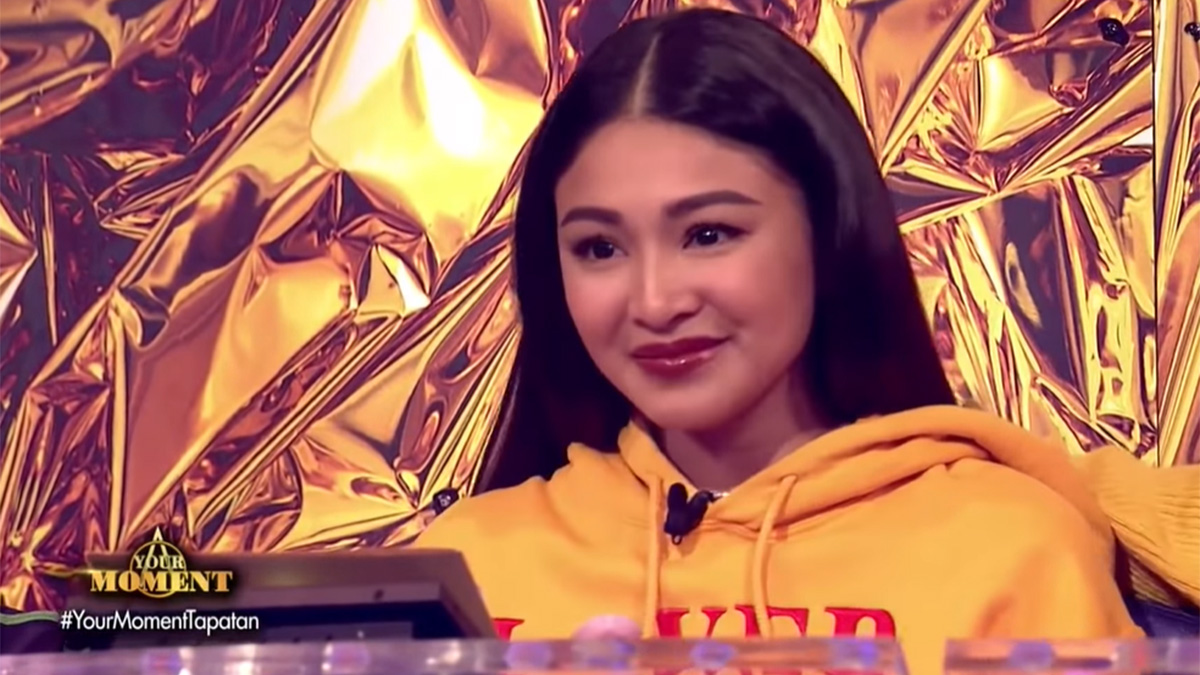 Nadine Lustre on her thoughts about love: "Nagiging sensitive ako kasi love is a universal language and love is what the world badly needs now."
PHOTO/S: Your Moment (ABS-CBN)

Remember when Nadine Lustre cried while talking about love in an episode of ABS-CBN's reality talent show, Your Moment?

This happened on January 5, 2020, when she became emotional while giving her comments regarding Juan Gapang’s performance.

At the start of her commentary, the Kapamilya actress was seen smiling and said, "Sorry! Naano pa ako, kinikilabutan at nanginginig pa ako ngayon."

Her face then turned serious.

The actress admitted that whenever love is being talked about, she gets really emotional.

She explained, "No, kasi, to be honest, I really get sensitive kapagka ang pinag-uusapan na is love."

"Nagiging sensitive ako kasi love is a universal language and love is what the world badly needs now."

As she continued to express her thoughts, Nadine tried to hold back her emotions but her voice started to break. "And I'm just really happy kasi nage-gets ko kung ano yung… Sorry."

The ABS-CBN singer-actress also emphasized how much she appreciates how Kokoi presented himself on stage.

In the end, Nadine thanked the audience and explained that it's really hard to be a judge of Your Moment.

Juan Gapang was declared the winner in the Battle of the Bands for their cover of Tropical Depression's "Kapayapaan." Juan Gapang was able to beat the singing group "Bukang Liwayway."

Viewers and fans of Nadine were quick to express their opinions on Twitter.

Most netizens said that they admired and felt Nadine’s sincerity during the January 5 episode of Your Moment.

A netizen also pointed out that Nadine was not even talking about romantic love.

Days before Your Moment aired the episode, it may be recalled that on January 1, 2020, PEP.ph (Philippine Entertainment Portal) broke the news that James and Nadine ended their relationship due to "irreconcilable differences."

The two, however, were spotted together in various occasions.

Both James and Nadine also posted on their respective Instagram accounts photos and videos of them together, prompting netizens to believe that they're still in a relationship.

However, in the January 20 episode of Tonight With Boy Abunda, or 19 days after PEP.ph published the scoop story, James and Nadine confirmed their breakup through a joint statement.

Part of the statement read: "It’s true that we have split up, but not for all the reasons that are being spread on the tabloids and social media, but because after quiet and mature conversations, we decided to focus on ourselves not only for our careers but more for our personal growth as we are still young and we want to achieve as much as we can."

They also added that they mutually agreed to separate to pursue their dreams individually. The two assured the public that they are still good friends.

"We agreed that going separate ways was best for both of us. We are in good terms and are still really good friends and will continue to work with each other especially when it comes to music.”

To end their statement, James and Nadine thanked their fans and supporters and hope they would continue to support them in their individual careers.

"Thank you for all the JADINE FANS for their undying support and we hope you continue to support us now and in the future. We shall forever be grateful to them for their love and understanding. Thank you.”

The Jadine tandem was supposed to mark its fourth anniversary this February 2020.

At present, Nadine continues to be a judge in Your Moment, which is nearing its grand finals.

James will soon be working with Nancy McDonie of Momoland for an upcoming series titled The Soulmate Project.