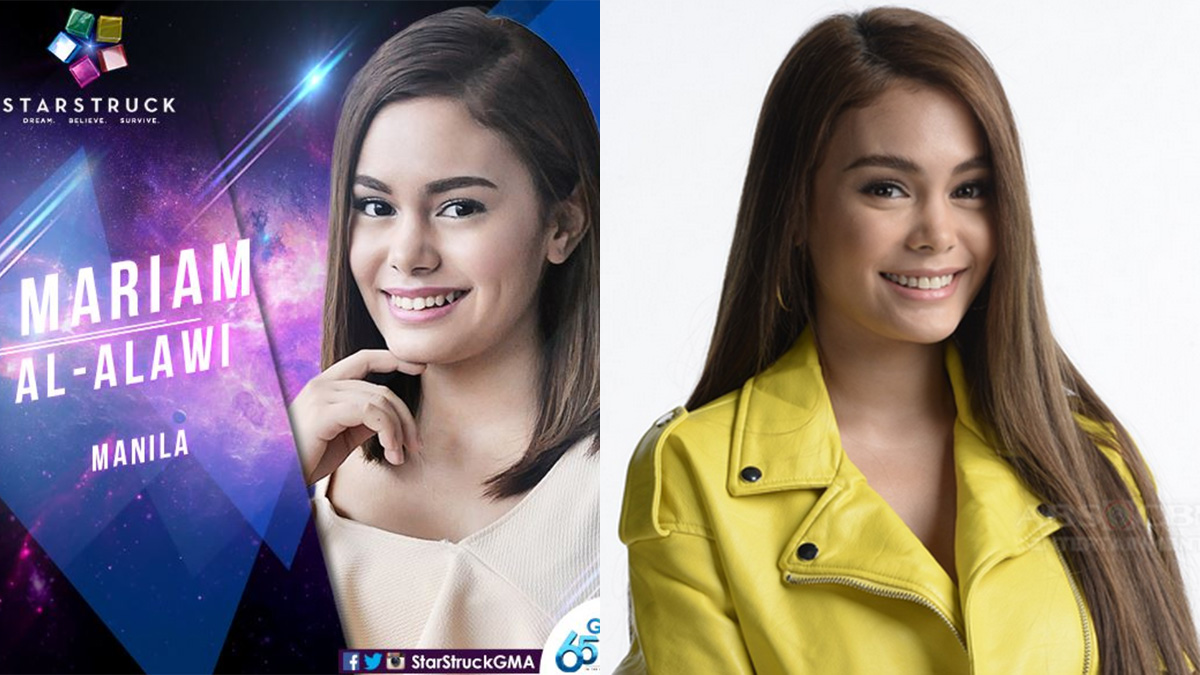 Remember when Ivana Alawi started out in showbiz as a product of GMA-7's StarStruck? She was called Mariam Al-Alawi when she joined StarStruck Season 6 in 2015. Ivana is now known for the ABS-CBN shows Ang Probinsyano and Sino Ang May Sala.
PHOTO/S: StarStruck (GMA-7) / Sino Ang May Sala (ABS-CBN)

Did you know that ABS-CBN actress and YouTuber Ivana Alawi was a product of GMA-7's StarStruck?

Ivana joined the sixth season of the reality-based artista search which aired in 2015.

She used the name Mariam Al-Alawi in the Kapuso show.

Ivana was able to move forward to two rounds of the competition: The Door Elimination and the Top 28 Dreamers.

The Door Elimination was the first round of StarStruck Season 6, where each hopeful enters a door leading to the "destinator," a mechanism that reveals if they will continue or end their journey in the contest.

After The Door Elimination, Ivana made it to the Top 28 round, where StarStruck had two sets of Final 14 contenders. The 28 hopefuls were divided into two groups: The Dream 14 and the Believe 14. Ivana was part of the Dream 14 group.

Unfortunately, during the second elimination night for the Top 28 round, Ivana ended her StarStruck journey.

She was one of the eliminated finalists along with Kyle Vergara, Faith Da Silva, and Carl Cervantes.

For her first project as Ivana Alawi, she played one of the supporting characters in ABS-CBN's afternoon drama series Precious Hearts Romances presents Araw Gabi, which aired in April 2018.

After the series ended in October 2018, ABS-CBN tapped Ivana to play the role of Amor in the prime-time series FPJ's Ang Probinsyano.

Amor is the girlfriend of the character portrayed by the late Eddie Garcia, the nemesis of lead actor Coco Martin.

Ivana received good reviews for her performance in FPJ's Ang Probinsyano. Dreamscape Entertainment, the producer of Ang Probinsyano, included her in the cast of another drama series, Sino Ang May Sala, starring Jodi Sta. Maria and Bela Padilla.

In Sino Ang May Sala, Ivana was paired with Kit Thompson, with whom she did several love scenes. Their more provocative love scenes were shown in the show's digital counterpart, Mea Culpa: The Hidden Files.

While doing Sino Ang May Sala, Ivana started her own YouTube channel. Some of her YouTube videos have registered over a million views.

At present, Ivana is preparing for her first title role, the upcoming drama series Ligaya.

Ligaya is one of the shows included in ABS-CBN's 2020 omnibus plug, showcasing the network's programs for the year.

Her role was believed to be first offered to Maja Salvador, who turned down the project because it will tackle infidelity. Maja said she declined because she already played a mistress in The Legal Wife.