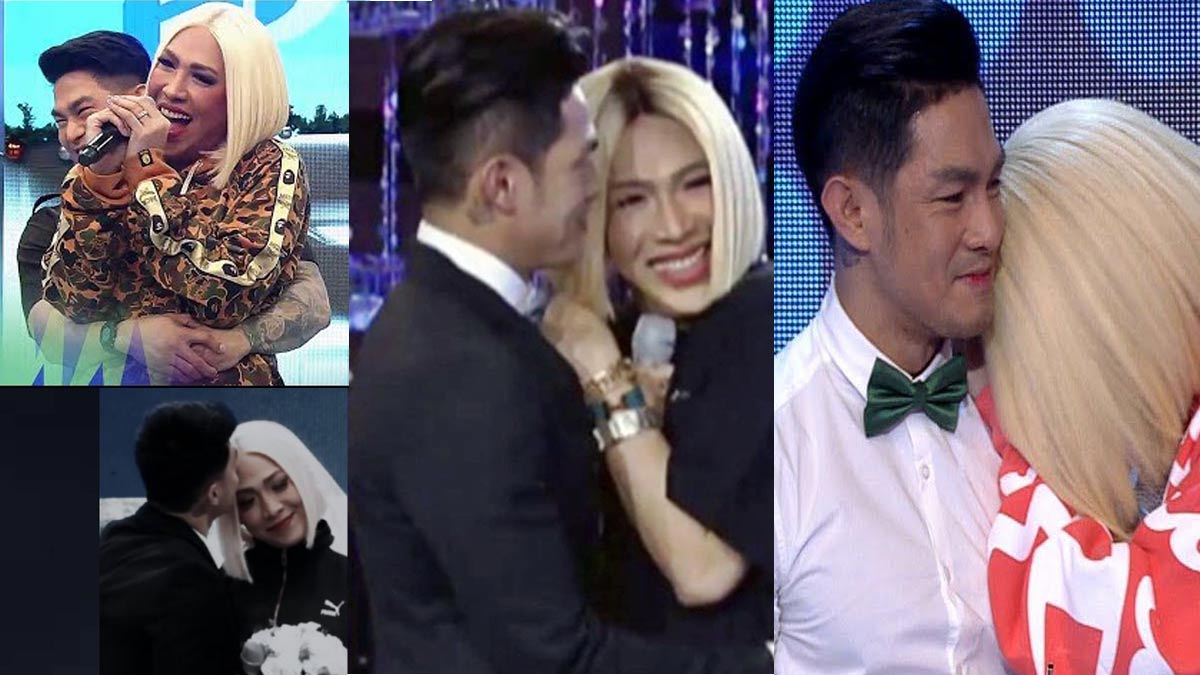 Here are some of the sweet moments between Vice Ganda and his boyfriend Ion Perez on It's Showtime.

When Vice Ganda and Ion Perez began openly showing their affection for each other on television, their PDA (Public Display of Affection) drew some criticism.

The two co-hosts are seen regularly on ABS-CBN's It's Showtime.

Movie and Television Review and Classification Board (MTRCB) Chairperson Rachel Arenas was recently asked by tabloid reporters to comment on the sweetness between Vice Ganda and his boyfriend Ion during the live episodes of It's Showtime.

The MTRCB executive said, "So far, sa amin, we really take steps, and we summon the network if we see reports or comments na, sa tingin nila, hindi nararapat ipalabas.

"So far kasi, honestly, we haven't received any grave complaints about [Vice Ganda and Ion]."

However, Arenas said that the MTRCB will take action if they receive a formal complaint.

"But, if and when we do, we will definitely call the network.

Turning to the media, she said, "Kung kayo ang nagrereklamo, please put it in writing and [submit a complaint]."

The MTRCB chairperson described the process of responding to complaints.

"Usually, they email us and, immediately, we call on them. But if you think that it's not good for viewers to see it, especially the young ones, please send us an email, and we will call them."