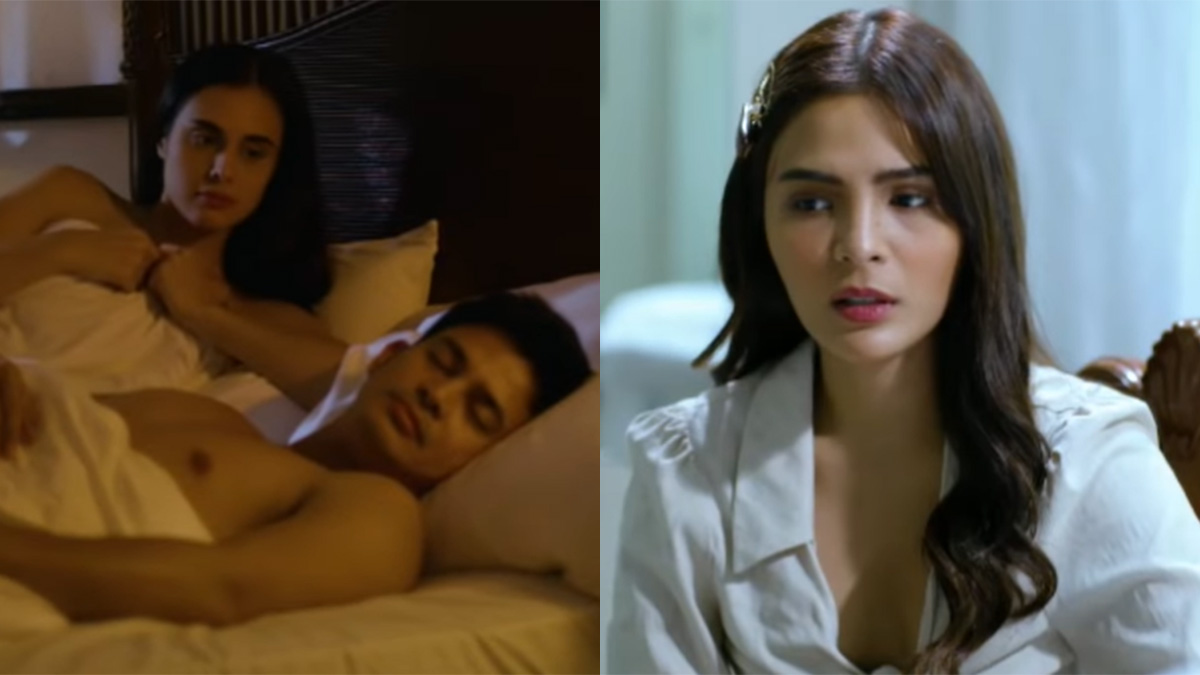 The four lead characters eventually crossed paths in a party.

A flashback was then shown to reveal how the rivalry started years ago.

Young Amy (Max Collins) worked as a maid for a rich Ilocano family based in Manila. In exchange, the Agpangan family funded Amy's school expenses.

One day, Amy was being maltreated by the matriarch, Mrs. Agpangan (Pinky Amador).

Rich girl Sussie (Lovi Poe) is Mrs. Agpangan's daughter. When Sussie arrived at their house, she stopped her mom from maltreating her friend.

Amy and Sussie started out as best friends.

While strolling around town, Amy defended Sussie when her best friend was being bullied by three other girls.

After the confrontation, Amy and Sussie had a heart-to-heart talk. Sussie gave money to Amy since the latter was about to go to Tacloban to visit her mom.

Amy later discovered that Sussie is pregnant. The boyfriend has not been introduced yet to Sussie's parents, not even to Amy.

Mrs. Agpangan ended up confronting their maid, Amy. Mrs. Agpangan then told Sussie to stop being friends with Amy, thinking that the maid could not be trusted.

During this time, Sussie was distraught because her boyfriend was not replying to her messages.

While in Tacloban, Amy met a good-looking guy named Joaquin (Jason Abalos). The two clicked and they had a one-night stand.

Amy and Joaquin agreed to meet again the next day, but Joaquin did not show up.

When Amy returned to the Agpangan mansion, she was surprised to see that Joaquin was actually Sussie's long-time boyfriend.

The next episode will show that Sussie and Joaquin are about to get married.

However, the friendship of Sussie and Amy is put to test when Sussie finds out that Amy and Joaquin are having an affair.

The affair will start a conflict between the two best friends. Their long-standing feud will affect the friendship of their children.

Anak ni Waray vs. Anak ni Biday is a remake of the 1984 movie top-billed by Snooky Serna and Maricel Soriano.

How did the pilot episode of Anak ni Waray vs. Anak ni Biday fare in the ratings game?

ABS-CBN's action-drama series, top-billed by Coco Martin, has been airing in this timeslot since September 2015.