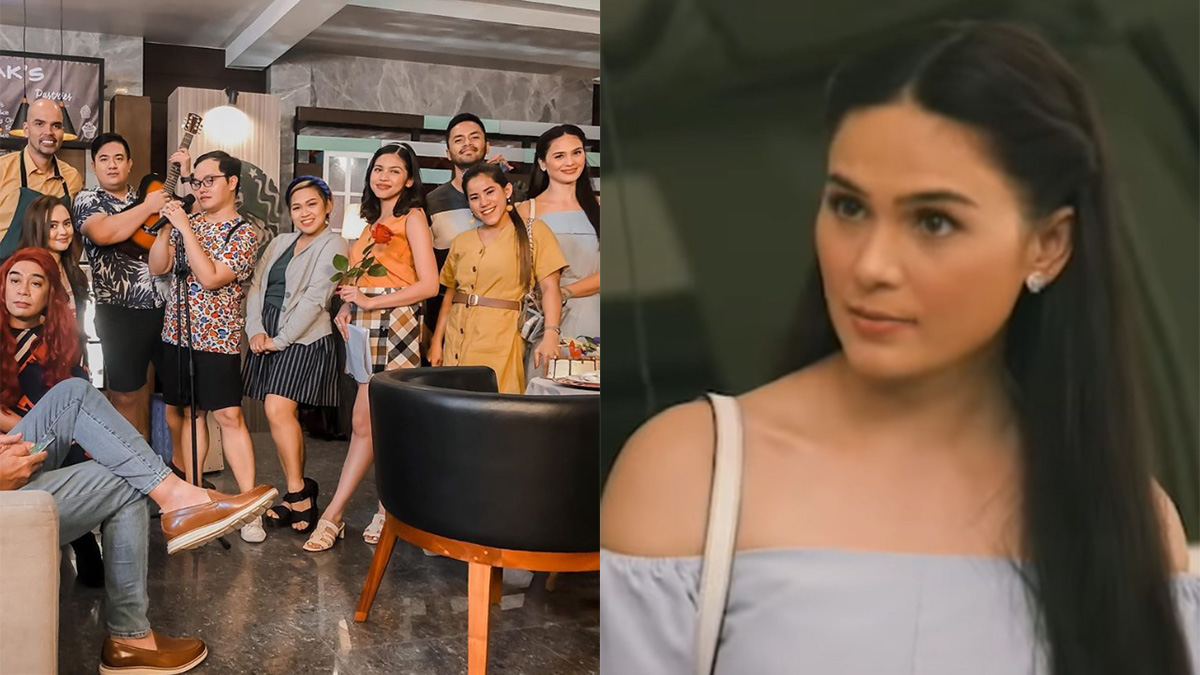 Kristine's guest appearance in Daddy's Gurl marks her comeback with GMA-7 after starring in the sitcom Hay Bahay, also with Oyo and Vic.

Hay Bahay and Daddy's Gurl were blocktimers in the Kapuso network, and they were both produced by M-Zet Productions.

After Hay Bahay, Kristine returned to ABS-CBN in 2018 via the prime-time series Bagani, where she portrayed a kontrabida.

Kristine's guest appearance in Daddy's Gurl also reunited her with Angelika dela Cruz, her former co-star in her past ABS-CBN teleseryes.

Angelika is a regular cast member of Daddy's Gurl.

Sana'y Wala Nang Wakas, which top-billed the love team of Kristine Hermosa and Jericho Rosales, was Angelika's first project after she returned to ABS-CBN in 2003. Angelika was originally a talent of ABS-CBN from 1996 to 1999 before she transferred to GMA-7 in 1999.

Coincidentally, Angelika was the original love-team partner of Jericho in the prime-time series Esperanza and the weekly show Oka Tokat!

Kristine and Angelika eventually reunited via the afternoon series Prinsesa ng Banyera. However, in the middle of its run, Angelika's character was killed off after she decided to return to GMA-7 in late 2007.

It was the last time Kristine and Angelika worked together before Kristine's Daddy's Gurl guest appearance.

According to Angelika's Instagram post last January 14, Kristine's guesting was the first Daddy's Gurl episode they taped for 2020.