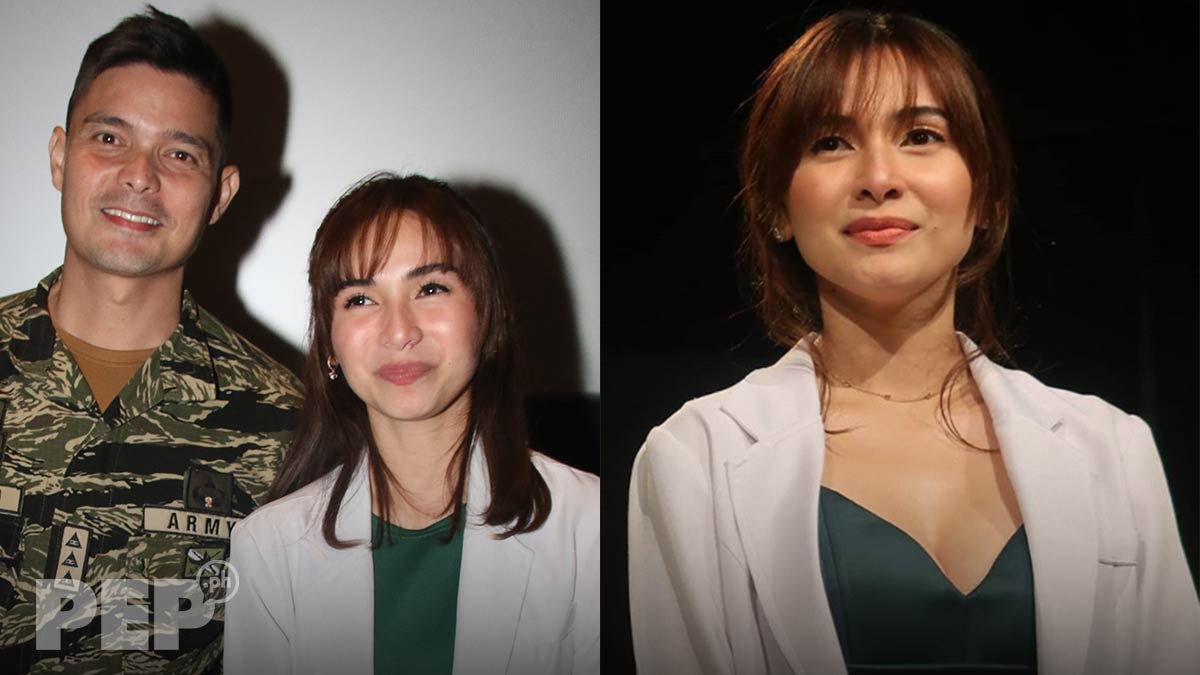 Descendants of the Sun producer on Jennylyn Mercado as Beauty: "I think it was designed for her."
PHOTO/S: Mark Atienza / @kapusoprgirl on Instagram

Is it true that an ABS-CBN actress was considered to play the leading lady in GMA-7's Philippine adaptation of Descendants of the Sun?

There was a rumor on social media that a Kapamilya actress was considered to portray Dr. Maxine or Beauty in the Kapuso remake of the Korean drama series.

One of the names mentioned by netizens was ABS-CBN actress Erich Gonzales.

Jennylyn Mercado was picked as the Pinay counterpart of the character portrayed by Song Hye Kyo in the Korean drama series.

According to Hollis-Reyes, she believes no Kapamilya actress was considered to play Dr. Maxine in the Kapuso remake.

Hollis-Reyes pointed out that they considered other Kapuso stars for the lead role.

This is because during the time of casting, Jennylyn was still doing another prime-time series, Love You Two.

"Kasi that time nga, she was still doing Love You Two.

"So, there were suggestions that came up na, 'What if si ganito na lang or si ganyan or si ganun?'

"Marami ring ganun pero it was really meant for her. Parang I think it was designed for her.

The Philippine adaptation of Descendants of the Sun is also top-billed by Dingdong Dantes, Jasmine Curtis Smith, and Rocco Nacino.

The remake is directed by Dominic Zapata.

DESCENDANTS OF THE SUN IN THE PHILIPPINES

PEP.ph also asked the executive producer of the show about the conditions set by KBS, the Korean producers of Descendants of the Sun.

According to Hollis-Reyes, KBS allowed them to incorporate Filipino elements in the remake, particularly in the setting.

"Actually, the Koreans were very accommodating, they just wanted na parang we stick to the original storyline, but they allowed us to inject kasi wala naman tayong North and South.

"Tapos, at the same time, we explained also na Filipino viewers are filial, so they allowed us to inject the family background of the characters."

Because Descendants of the Sun involves the military and the medical world, the producers of the Philippine remake made sure that they are accurate in depicting the procedures and protocols followed by these sectors.

It may be recalled that GMA-7 inked a memorandum of agreement with the Armed Forces of the Philippines (AFP) for the production of this series.

She said, "As far as the producton is concerned, we acquired a memorandum of agreement between AFP and GMA.

"And then, we are under contract so lahat nandoon naman, yung terms and conditions.

"And we are also assigned military and medical consultants every step of the way."

GMA-7's Descendants of the Sun is set to premiere this Monday, February 10.

Finally met the cast of GMA-7’s Pinoy adaptation of Descendants of The Sun! A special pilot screening for DOTS was held at the Kapuso All New Primetime launch. It was followed by a digicon where Jennylyn Mercado, Dingdong Dantes, Rocco Nacino, and Jasmine Curtis-Smith talked about what it’s like putting their own stamp to the hit 2016 Korean drama/action/romance series.