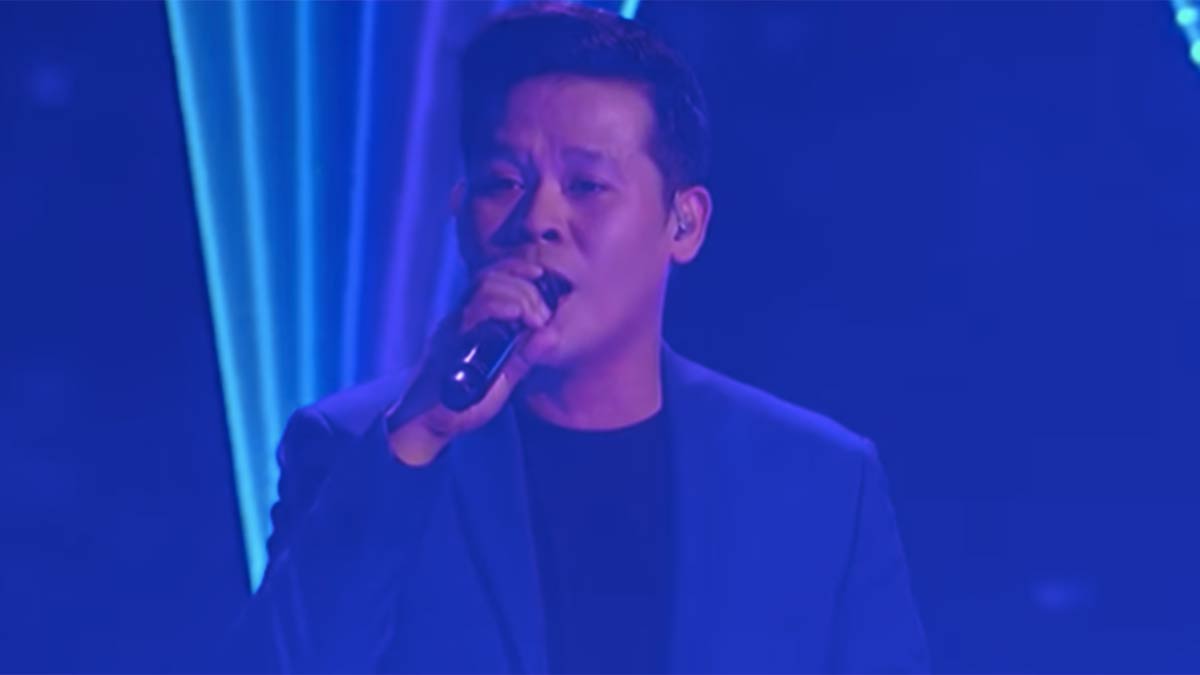 Marcelito Pomoy earned praises again for his finale performance in America's Got Talent: The Champions.

In his signature dual voice, the 35-year-old singer performed his rendition of Celine Dion and Peabo Bryson's "Beauty and the Beast," as seen in the YouTube video released by AGT on February 9 (Filipino time).

Heidi praised Marcelito by noticing how the audience reacted to his performance.

She told the Pinoy singer, "I know this is the third time you performed in front of us but it just never gets old like when all those voices are coming out, it's like so many voices inside your body.

"It is just incredible over and over again and I can feel it from the reaction of the audience too, I don't know, it's so amazing."

"And you're also also very smart because you always pick songs that we all know and love so we can kind of follow, we know what it sounds like, and you do it so well, it's incredible."

Howie believes that Marcelito chooses the right songs for his performances, which is why audiences enjoy watching him.

He said, "When I first saw you, you blew me away because it was the surprise of it all, like we don't expect those voices to come out of one person and I thought, 'Is it just a gimmick?'

"And then, the second time I saw you, I enjoyed it just as much and if not more. And I feel the same thing about tonight, you're making the right choices, the right song, great job tonight."

She told Marcelito, "The song choice was perfect. And I actually think that you upped your game from the last song we heard you sing, the high notes from that song were beutiful. You absolutely nailed it tonight and I couldn't be happier for you. Love you!"

Simon also praised Marcelito for his performance, and believes that his "Beauty and the Beast" performance was better than his last.

"You are a very nice, very talented guy. You really really are. And this is better than the last performance you did."

But then, Simon did not seem to agree with the other judges regarding Marcelito's song choice.

He remarked, "However, if it was my choice on a night like this, I would have done something less predictable."

Alesha questioned Simon's comment and said, "How was that predictable, sorry?"

Some members of the audience booed upon hearing Simon's comment.

"The songs he's chosen were very safe, they're very kind of... I get it, they're very popular songs but I just think on tonight, if he had done something out of his comfort zone, like a shock to everybody, 'My God, he's chosen that song,' that could've given you another moment."

Simon repeated what he Marcelito in the previous episode, "I think you got a massive career in front of you, I really really do."

Marcelito is the grand winner of Pilipinas Got Talent in 2011.

For the grand finals of America's Got Talent: The Champions, he will be competing against nine other acts: V.Unbeatable, Silhouettes, Boogie Storm, Angelina Jordan, Alexa Lauenburger, Hans, Sandou Trio Russian Bar, Duo Transcend, and Tyler Butler-Figueroa.

The grand finals of America's Got Talent: The Champions will air on February 10 (U.S. time).