Kadenang Ginto final episode vs. Prima Donnas: who wins in the ratings game? 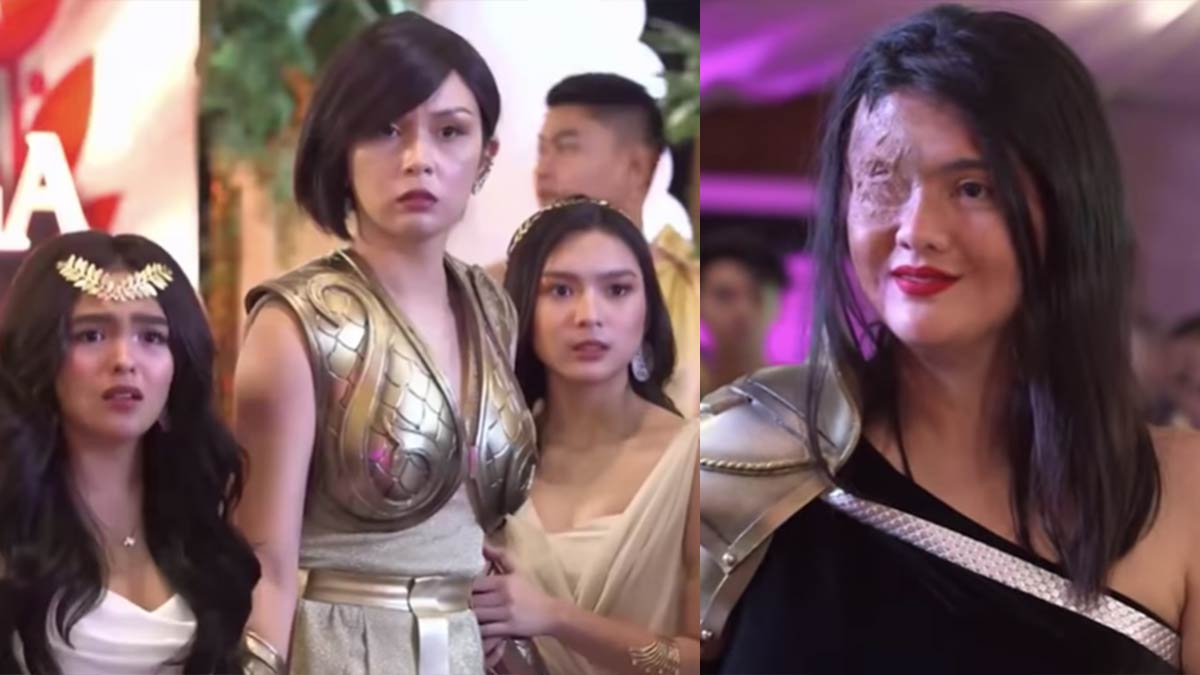 The Kapamilya series ended after one year and four months on air.

During the final episode, Romina (Beauty Gonzalez) and Daniela (Dimples Romana) went to the warehouse where Hector (Joko Diaz) was holding Cassie (Francine Diaz) and Marga (Andrea Brillantes) as his hostages.

It turned out Daniela connived with Hector to set up Romina and give them all her wealth.

Marga, who was being guarded by Savannah (Kim Molina), was able to escape. Marga then helped Romina and pleaded with Daniela to surrender to the police.

However, Daniela still managed to escape using her car, with the police following her. The car chase stopped in a bridge, after the police blocked her way.

Daniela still resisted arrest, and hid behind her car. She fired shots at the police, while policemen continued firing shots, causing her car to explode.

Everyone assumed that Daniela died from the car explosion, even though her body was not found.

Months after the incident, Romina threw a joint warrior-themed party for Cassie and Marga.

After Cassie and Marga did their grand entrance, a big hearse shaped as a dragon was brought into the room.

Daniela, whose face was deformed because of the explosion, suddenly emerged from the hearse. She said she was disappointed because she was not invited to the party.

Daniela then warned everyone by saying that she planted bombs all over the place.

The guests rushed to leave the venue, including Neil (Adrian Lindayag) and Marga.

However, Cassie wanted to stay by her mother's side while Romina tried to stop Daniela from detonating the bombs.

Marga tried to stop her mother but Daniela still pushed the button, causing the bomb to explode.

All of them lost consciousness except for Daniela. The helpless Daniela could only shout for help a she asked for someone to save her daughter.

Marga, Romina, and Cassie later woke up. Cassie and Marga, though both hurt from the explosion, tried to leave the place.

Romina helped Daniela to get up, but debris fell on them.

Suddenly, Romina was able to talk to her deceased mother (Eula Valdes), who told her that it is not wrong to forgive.

Apparently, Romina's conversation with her mother was only a dream. Both Romina and Daniela were able to survive the incident.

Romina later visited Daniela inside jail. Daniela, who is now crippled, repented for her sins, and asked forgiveness from Romina.

Daniela said that she does not want Marga to see her in that state, but Marga appeared and hugged her mother. Cassie also visited Daniela and she called her "ate." Daniela also asked for forgiveness, which Cassie granted.

Later, Marga and Cassie graduated from high school with honors.

The relationships of Marga and Mikoy (Seth Fedelin), and Cassie and Kristoff (Kyle Echarri) got stronger after their graduation.

Romina continued running Camila sardines, with both Cassie and Marga by her side.

KADENANG GINTO IN THE RATINGS GAME

How did the final episode of Kadenang Ginto fare in the ratings game?

According to Kantar Media, Kadenang Ginto's February 7 episode got a TV rating of 26.2%.

Its rival program, Prima Donnas, registered a TV rating of 17.2%.