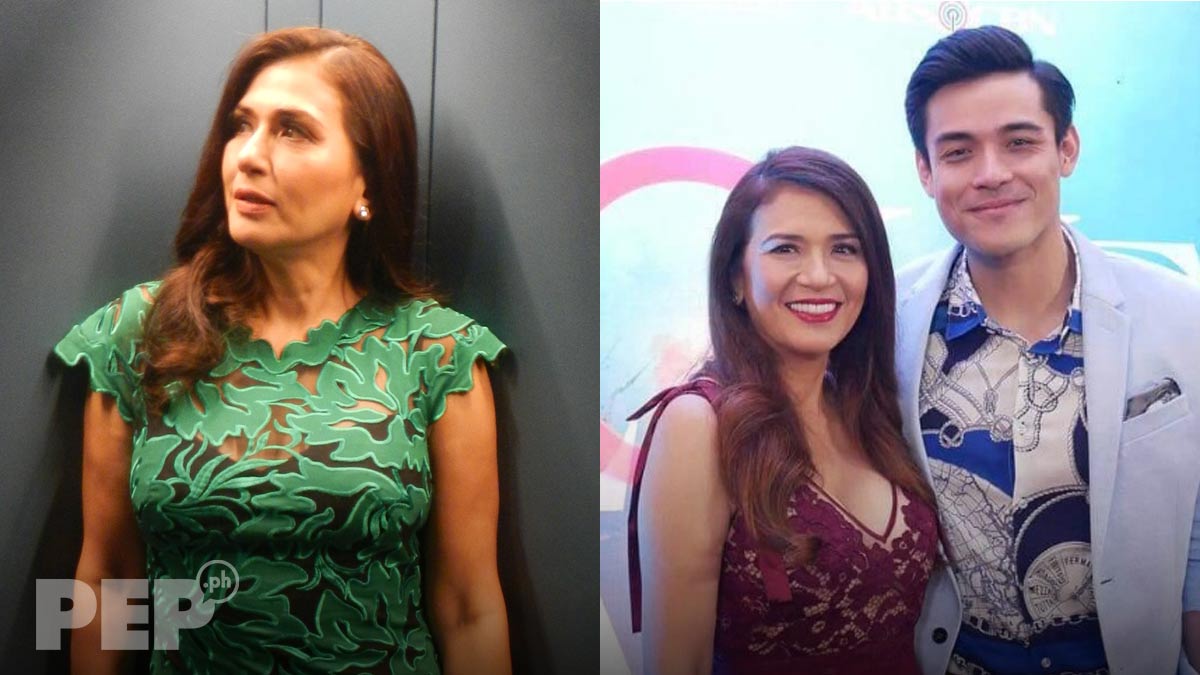 Zsa Zsa Padilla reveals she was supposed to play a different character in Love Thy Woman, which is top-billed by Xian Lim (right frame) and Kim Chiu.

Zsa Zsa Padilla was supposed to play the mother of a different character in the ABS-CBN teleserye Love Thy Woman.

This is what the singer-actress revealed in a recent interview with PEP.ph (Philippine Entertainment Portal). Zsa Zsa is one of the four women headlining the Diva2DiValentines concert on February 13, 2020 at the Manila Hotel's Tent City.

Zsa Zsa will be joined by Kuh Ledesma, Nanette Inventor, and Mitch Valdes in this upcoming concert.

During the press con, Zsa Zsa excitedly talked about her teleserye comeback. "We started shooting in May. I'm excited to do another soap!

"When Dreamscape called me, they wanted another role for me. But I was touring with the divas in the U.S. They said, 'we want to start [taping already]. But we want you to be part of the project, we'll tailor-make a role for you.'

"I was supposed to be the mother of another character. They cast me as the mom of Xian Lim instead. But then, some delays also cropped up.

"We've been filming meticulously because in the beginning, they said, it was going to be for international release as well. Of course, a lot of soaps do that now. It's filmed... cinematic-style. With each scene, it takes several takes. As a challenge, I also try to memorize the script verbatim. I said: 'If we're trying to do international, I want to train myself also.'

"Here, sometimes, we're not given enough time, so we're very used to paraphrasing. That's the skill I'm trying to develop."

In July 2019, PEP.ph reported that Erich Gonzales backed out from Love Thy Woman because her character was being turned into a kontrabida, which was not in the discussion when she accepted the project.

As to whether she had to re-shoot scenes with Yam that they previously shot with Erich, Zsa Zsa confirmed: "Yes, I shot scenes with Erich. Everything had to be re-done with Yam. Sa akin, personally, yung temple shots lang.”

Zsa Zsa is currently busy with regular programmes on ABS-CBN. Aside from ASAP on Sundays, she is also a guest judge on It’s Showtime’s Tawag ng Tanghalan.

For many years, Zsa Zsa Padilla, Kuh Ledesma, Nanette Inventor, and Mitch Valdes have been collectively known as the divas.

"It's an easy group," says Zsa Zsa, of working with her fellow divas. "We travel a lot. It helps that we are friends. It's more interesting kasi iba-ibang energy."

The divas have collectively been touring together in different parts of the Philippines, Australia, and North America for the last couple of years.

It all started when, in November of 2002, Zsa Zsa and Kuh performed in front of a sold out crowd for the Diva2Diva concert at the Philippine International Convention Center (PICC). They decided to take their show on the road and have been bringing their combination of music and (comedy) mayhem to different audiences since. Now, they are finally bringing it to Manila.

The women, all consummate professionals, share an easy camaraderie that you just cannot fake.

Mitch explains: "There has never been any sort of conflict, which is kind of a miracle for 4 Type A personalities. We're very independent, very opinionated. Yet it's also wonderful that we're all professional enough to know that given some quirks, and ups and downs, etc., we all back off and just work for the good of the show."

Nanette, meantime, waxes poetic: "The show is titled DIVA, which stands for: D-etermined, I-nterestingly intelligent, V-ibrant, A-always lovable. We have all those qualities. That keeps us together. Our quirks complement each other."

Kuh, who came up with the idea to team up with Zsa Zsa in the first place, said she also thought of adding the comediennes into the mix: "Mahilig ako sa comedy, and also I've worked with Nanette and Mitch many times in the past. So, naisip ko: Maganda siguro kung mayroong comedy. Iba ang nakakatawang show. Filipinos love comedy!"

Audiences can expect a variety of songs from the 1960s all the way to the 1990s, from Abba to Legrand, from Broadway to OPM--and all about love--with some humor peppered in.

Mitch says: "I don't think you can argue with music and humor done well. If you want to watch fantastic singing and fantastic comedy--come see the show!"

Kuh adds: "We're performing on the day before Valentine's, so that people don't get stuck in traffic! Come join us for a unique dinner-and-a-show experience!"