by James Patrick Anarcon
2 days ago 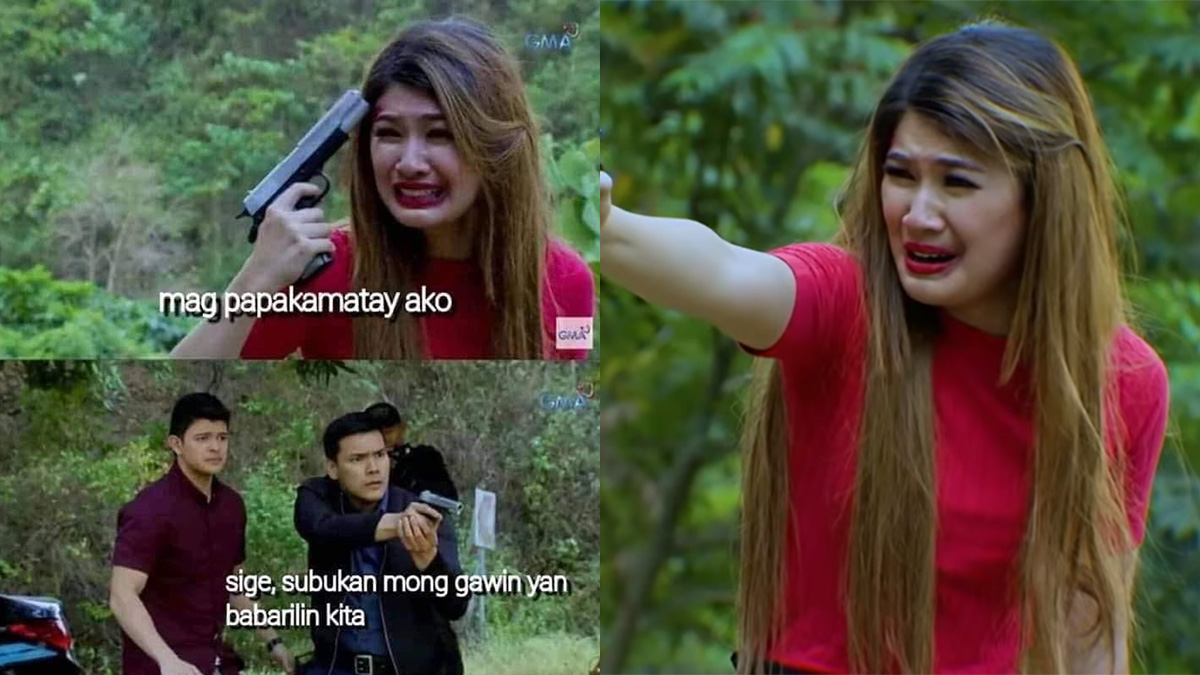 The scene captured in one still shot shows Thea Tolentino's character, Venus, crying while pointing a gun at herself.

Her dialogue, as written in the meme text, says: "mag papakamatay ako."

Below is another still shot showing the characters of Rayver Cruz, her ex-boyfriend, and Kiel Rodriguez, a policeman.

The stillshots were reposted by netizens online.

The post seemed to be referring to the impending expiration of rival network ABS-CBN's franchise on March 30, 2020.

Note that the dialogue shown in the viral still shots was not the actual dialogue used in the scene, which aired in the final episode.

The dialogue written in the meme was invented. 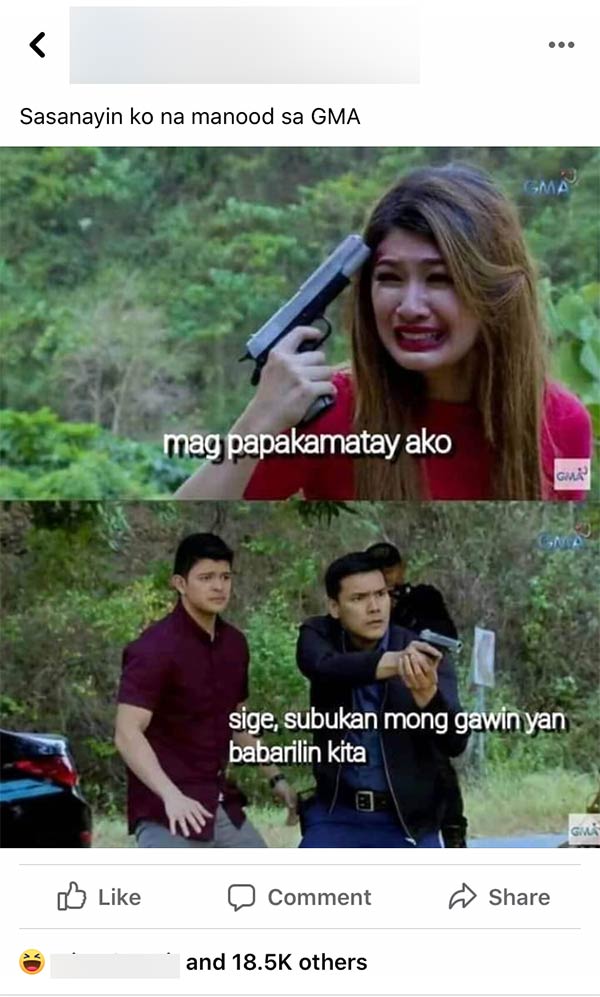 Even then, other netizens were able to repost it on social media.

When PEP.ph (Philippine Entertainment Portal) checked the video on YouTube, it is still available on GMA-7's channel.

In the scene, Venus (Thea) was threatening to kill her rival Rachel (Kris Bernal). In the past, Venus was a man named Nathan and Rachel was his ex-wife.

Rachel appealed to Venus, and reminded her of their kids.

Venus then set Rachel free, but pointed the gun at them. Veronica pleaded with the police not to shoot her daughter.

Venus then pointed the gun at herself.

Rachel, Gavin, and everyone tried to stop Venus from shooting herself.

The police continued pointing their guns at Venus because she was still holding her own gun.

But then, nobody from the police (including Kiel's character) did not have any dialogue during the scene.

Venus stepped back, causing her to fall off the cliff.

Here is the clip of the Asawa Ko, Karibal Ko episode with the original dialogue: