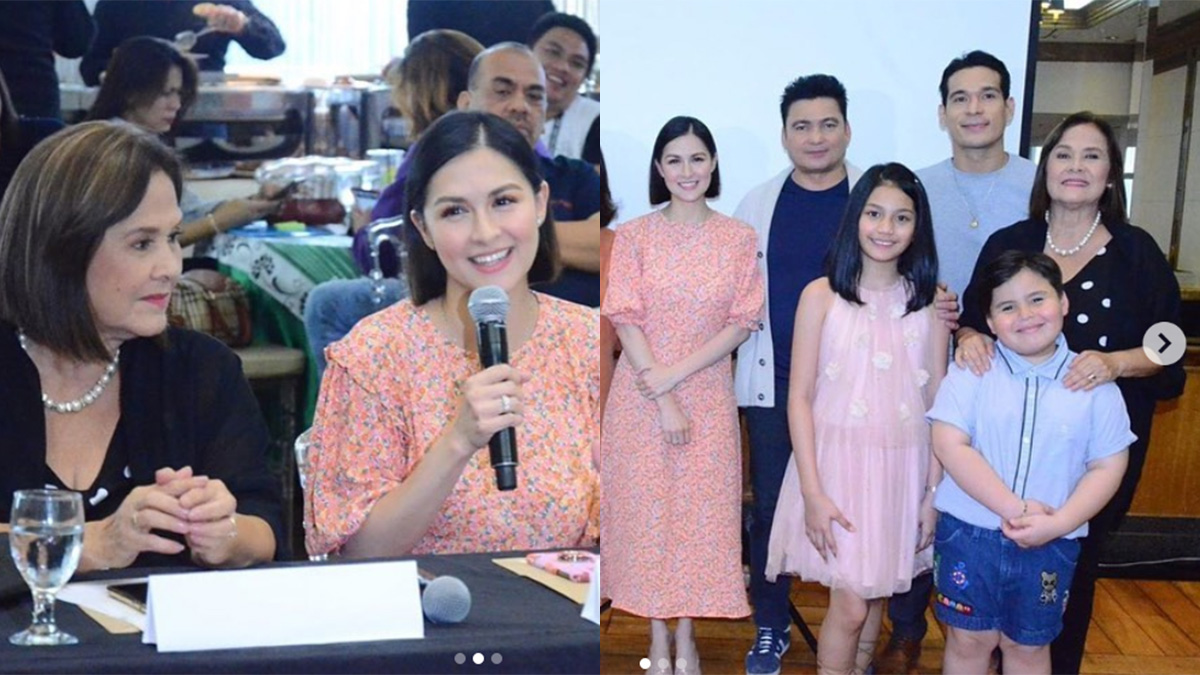 Pilar Pilapil, who starred in ABS-CBN shows for the past 13 years, makes a Kapuso comeback via GMA-7's upcoming prime-time series, First Yaya, top-billed by Marian Rivera.
PHOTO/S: @kapusoprgirl on Instagram

The story conference for the show happened yesterday, February 17, at GMA Network Center.

Pilar's last TV project with GMA-7 was the remake of MariMar in 2007, with Marian also playing the title role.

Prior to MariMar, Pilar did a full-length TV series in the Kapuso network titled Di Ba't Ikaw. Aired in the year 1999, it was the first network-produced teleserye that starred Jessa Zaragoza, Jao Mapa, and Jomari Yllana.

During the omnibus plug for GMA-7's 2020 offerings, only Marian, Gabby, and Pancho Magno were seen in the teaser for First Yaya.

The full cast of First Yaya was revealed during the February 18 story conference.

Also part of the cast are veteran actresses Glenda Garcia and Sandy Andolong.

GMA-7 has yet to announce more details about First Yaya, including its airing date.