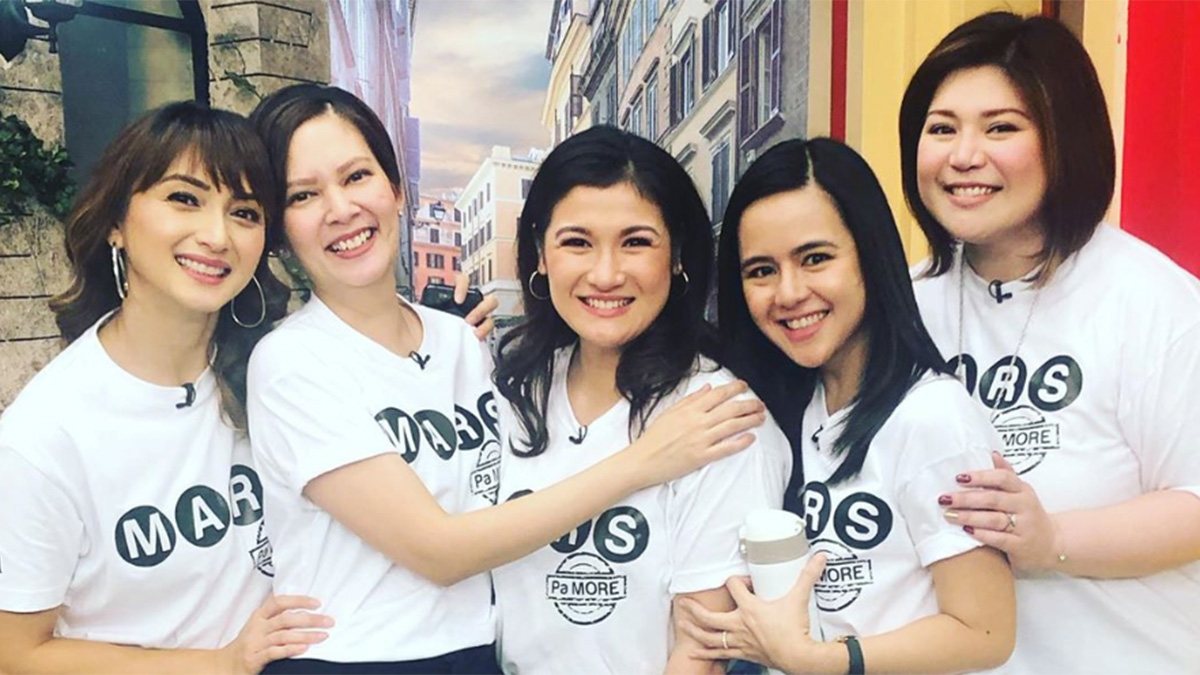 Chynna posted a photo of their reunion episode on Instagram yesterday, February 19.

The names listed in Chynna's caption are the character names of the actresses present in the reunion.

Meanwhile, Camille played the role of Roni in G-Mik.

A portion of Chynna's caption goes: "Uy... May naiiba! Hahahahahaha," referring to Camille's inclusion in the reunion.

According to Chynna, the reunion episode is set to air in March 2020.

At present, both Tricia and Maybelyn are not active anymore in showbiz.

Among the Click stars, Jake, JC, Richard, and Angel are now with ABS-CBN.

Click served as the rival program of G-Mik, which started airing in February 1999.

At present, Camille and Heart are now with the Kapuso network.