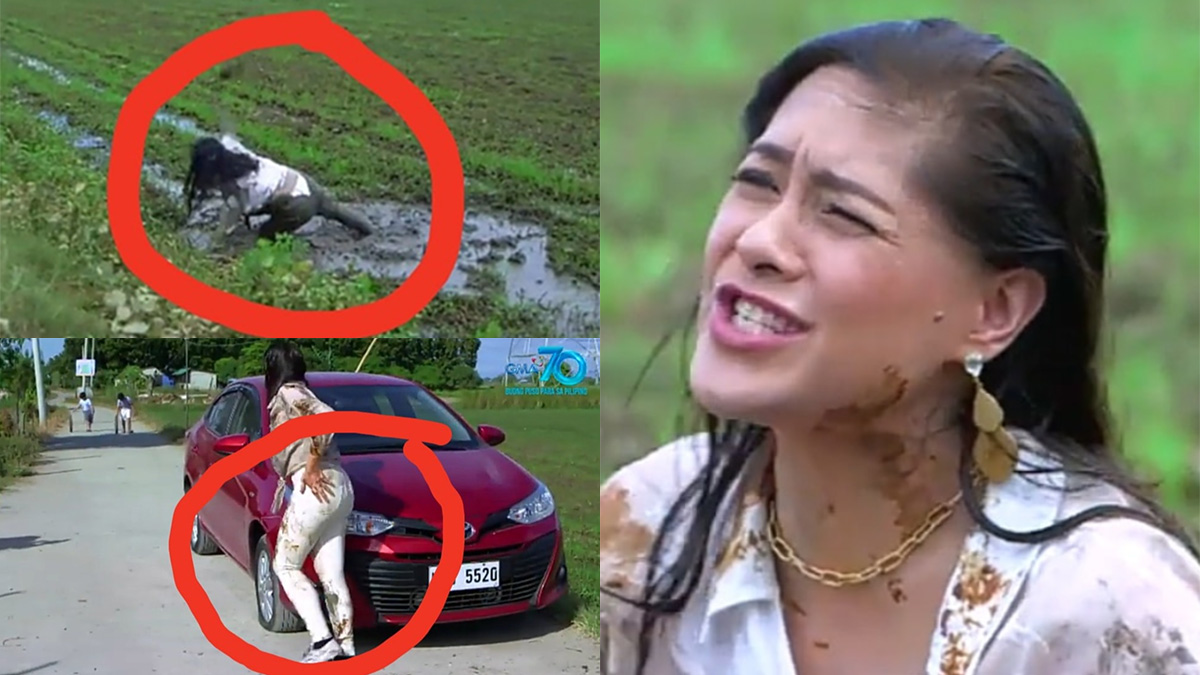 Sheryl Cruz's scene in Magkaagaw goes viral after netizens noticed that her white pants suddenly become clean even though she was covered in mud a moment earlier.
PHOTO/S: Magkaagaw (GMA-7 / Screengrab by Jores Sotto Icot)

A scene from GMA-7's afternoon series, Magkaagaw, is currently viral on social media for a blooper involving one of its lead actresses, Sheryl Cruz.

In a Facebook post by netizen Jores Sotto Icot on February 19, Sheryl is seen wearing an all-white ensemble composed of a white blouse and white pair of jeans.

In the scene, Veron (Sheryl) was hiding behind her car when she suddenly tripped, causing her to fall down a mud puddle.

The screenshots of the scene, which was posted on the netizen's Facebook post, pointed out the lapse in the continuity of the scene.

The first frame showed Sheryl's pants covered with mud when she tried to stand up from the puddle. 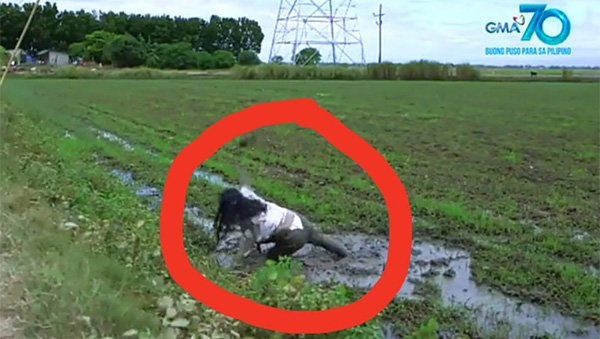 But in the next frame, when Sheryl already left the puddle and reached her car, her pants only showed little traces of mud. This was pointed out by the netizen by putting a red circle around the white jeans. 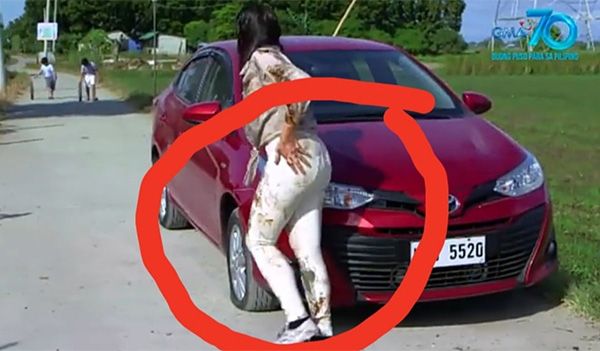 The netizen wrote in the caption, "Gulat ka noh," referring to the tagline of a detergent brand.

The post received 19K reactions, with 18K of those composed of laughter emojis.

There were netizens who speculated a stunt double was hired for this scene, while others criticized the show's lapse in continuity.

Here are some comments of netizens: 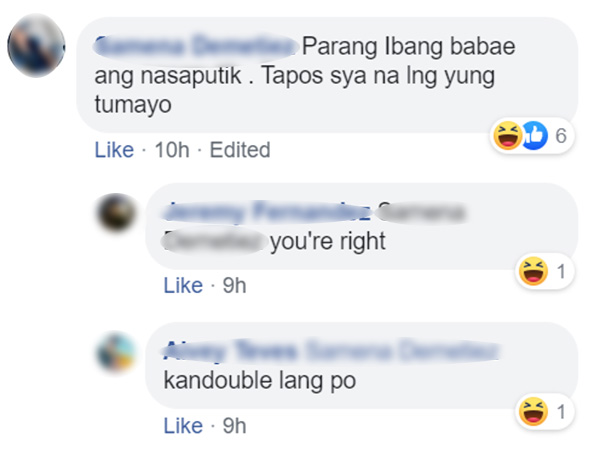