Julia Montes-starrer 24/7 pilot vs. rival GMA-7 shows: who wins in the ratings game? 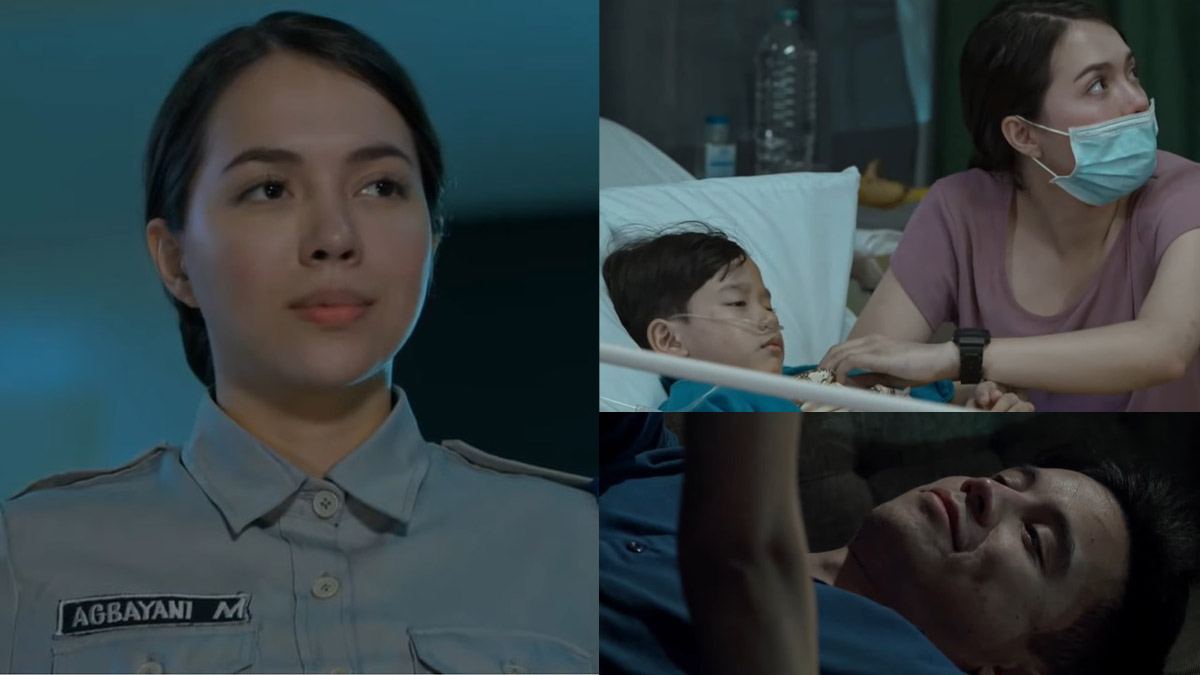 After a year-long hiatus, Julia Montes has made her TV comeback via ABS-CBN's first weekly action-drama series, 24/7.

For her TV comeback, Julia portrays Mia Agbayani, a single mother and security guard who will do everything to cure her son.

The pilot episode begins with the character of McCoy de Leon running for his life while holding a glass beaker. A gunman shoots McCoy's character and leaves him for dead.

As Mia is about to help her, three mysterious men try to kill Tina but Mia fights back using her arnis skills.

Dr. Cedric Jacinto (Arjo Atayde) is the doctor on duty at the time. He thanks Mia for helping the woman.

It turns out that the detective investigating the cases is Mia's father who abandoned her when she was a child.

A flashback shows that, 15 years ago, Mia's father left them for his mistress. For this reason, Mia still cannot forgive her father.

Xavier is hospitalized, and Mia is desperate for a cure. Mia overhears Dr. Cedric saying they already have the medicine that may cure the deadly virus.

Mia begs Dr. Cedric to include her son among the trial patients receiving the treatment.

Dr. Cedric denies her request, saying that the medicine at hand is for a different disease.

Mia decides to find the treatment herself. That night, she sneaks into the Jacinto Pharmaceutical laboratory. She is able to get the medicine but is pursued by the company's security guards.

She escapes with the medicine.

Claudio Jacinto of the pharmaceutical firm shoots his leg on purpose and claims it was Mia who fired a gun at him.

News publications report that Mia is a burglar who had shot at Claudio. Claudio's henchman (Eric Fructuoso) goes after Mia and shoots her.

Mia is rushed to the hospital but is pronounced dead.

The episode then shows that, by February 23, 2045, Xavier has grown to be a doctor (played by Tony Labrusca). He receives an international award for excellence and innovation. He dedicates his award to the Philippines and to his beloved mother, Mia.

A plot twist then reveals that Xavier's invention is actually a device that can make travel back in time possible.

When Mia got hold of the invention, she was given the chance to read articles indicating that she would die when she attempts to get the medicine for her son.

Future episodes will show Mia still attempting to get the medicine but without getting herself killed.

How did the pilot episode of ABS-CBN's 24/7 fare in the ratings game?

According to Kantar Media, the pilot episode of the Julia Montes-starrer registered a TV rating of 27%.

This allowed 24/7 to become the most-watched show nationwide on Sunday, February 23, 2020.

It was pitted against two GMA-7 shows, with the pilot episode running for one and a half hours.

Meanwhile, Centerstage got a Kantar rating of 17.4%. It is hosted by Alden Richards and Betong Sumaya.