It's Showtime apologizes for mistake in Piling Lucky segment 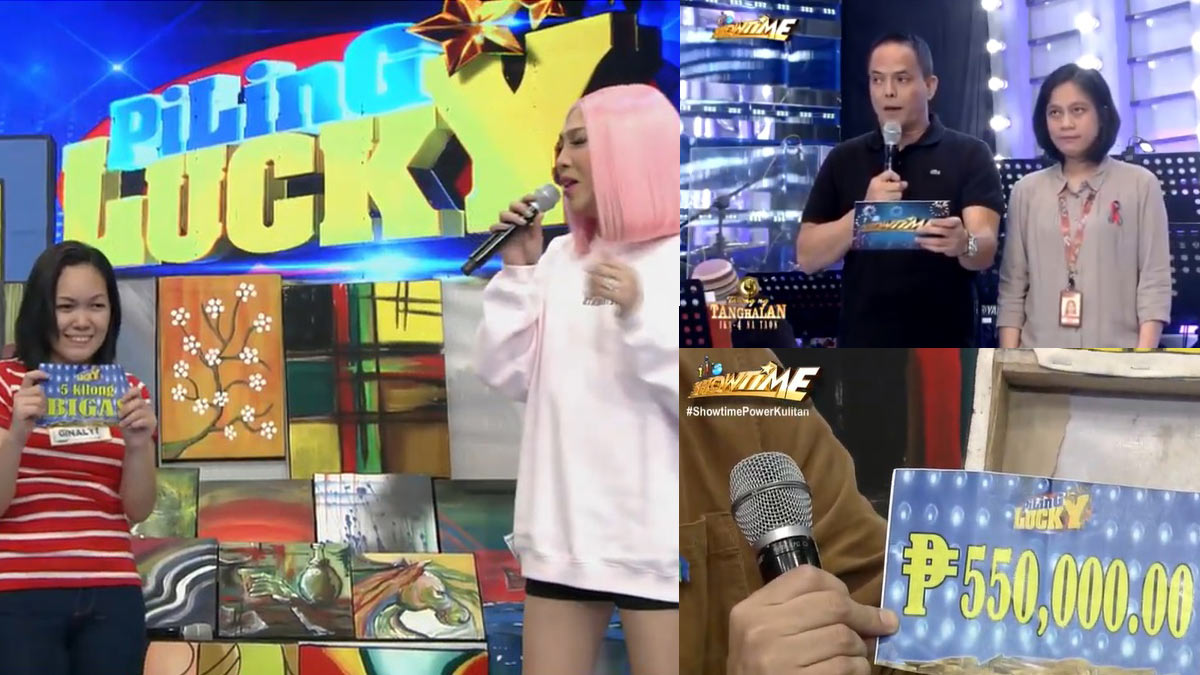 ABS-CBN's noontime show, It's Showtime, apologized for the mistake that happened during the "Piling Lucky" segment in the episode today, February 27, 2020.

During the segment, jackpot player Ginalyn Canillo was asked to choose a painting that she felt would contain either one of the two jackpot prizes: P550,000 or a negosyo package.

Carillo decided to choose the painting of an eye filled with tears.

Upon choosing the painting, Canillo won five kilos of rice as her prize.

The hosts were able to quickly find the painting that contained the P550,000.

However, the painting with the negosyo package prize could not be found.

The first two paintings that were opened contained the prize for a stand fan and an exhaust fan.

Vice then asked a representative from ABS-CBN's internal audit to go up the stage to help find the painting with the jackpot prize.

When all the paintings were opened, the symbol bearing the negosyo package prize was not found.

Before the commercial break, the TV host said, "Siyempre, kailangang i-explain nila yan. They have to explain."

It's Showtime later apologized for the mistake that happened through its director Bobet Vidanes.

The apology happened right before the announcement of Tawag ng Tanghalan's daily winner.

Vidanes announced that the management of It's Showtime decided to give the negosyo package to Canillo.