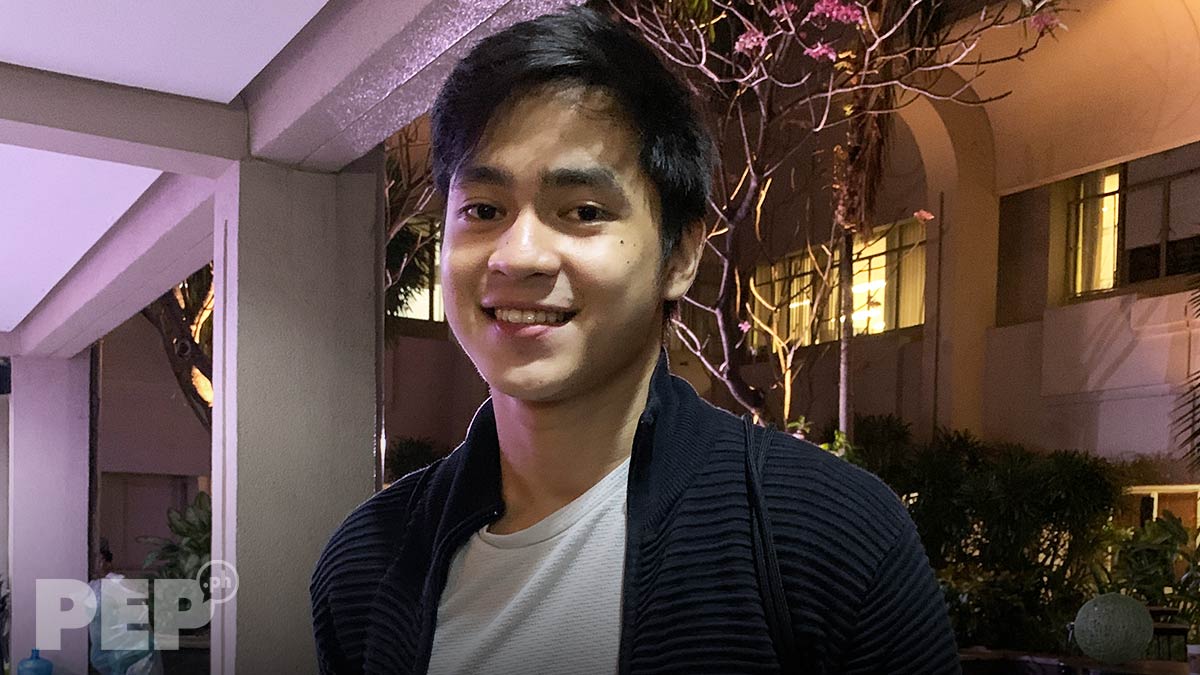 StarStruck 6 First Prince Elyson de Dios tells the story why he decided to pursue a career with ABS-CBN after his stint with GMA-7.

Elyson is making a comeback in showbiz after an almost two-year hiatus from acting. He is part of the cast of Tabing Ilog: The Musical, the theater version of ABS-CBN's iconic youth-oriented series.

According to Elyson, his contract with GMA-7 ended in 2018, and then he decided to return to his hometown and pursue his studies.

A year later, Elyson decided to return to show business.

He explains, "I didn't feel like finishing my course because hindi ko feel yung course ko.

"A door opened, an opportunity came, my manager Jonas Gaffud said, 'This is my plan for you,' and I took the opportunity po."

Elyson is now part of the cast of Tabing Ilog: The Musical.

For his ABS-CBN career, Elyson is being handled by Star Hunt management.

Star Hunt, which started as a grand audition caravan for Kapamilya reality shows, is the talent arm of ABS-CBN that handles the talents of Pinoy Big Brother: Otso housemates and other talents who trained under Star Hunt Academy.

How is it like working with ABS-CBN so far?

After Tabing Ilog: The Musical, Elyson is gearing up for his TV projects with the Kapamilya network.

Elyson's batchmates in StarStruck 6, which aired in 2015, were Migo Adecer, Klea Pineda, Ayra Mariano, Dave Bornea, among others.

In Tabing Ilog, Elyson is set to portray Fonzy, a role previously played by Baron Geisler in the TV version.

Elyson admits that he does not feel pressure in taking on the role in this theater version.

This is because he is able to apply what he has learned from his StarStruck days in 2015.

"So, the pressure is off and I did theater sa StarStruck din. Na-apply ko."

Tabing Ilog: The Musical will run from March 7 to April 26 at the Dolphy Theater.