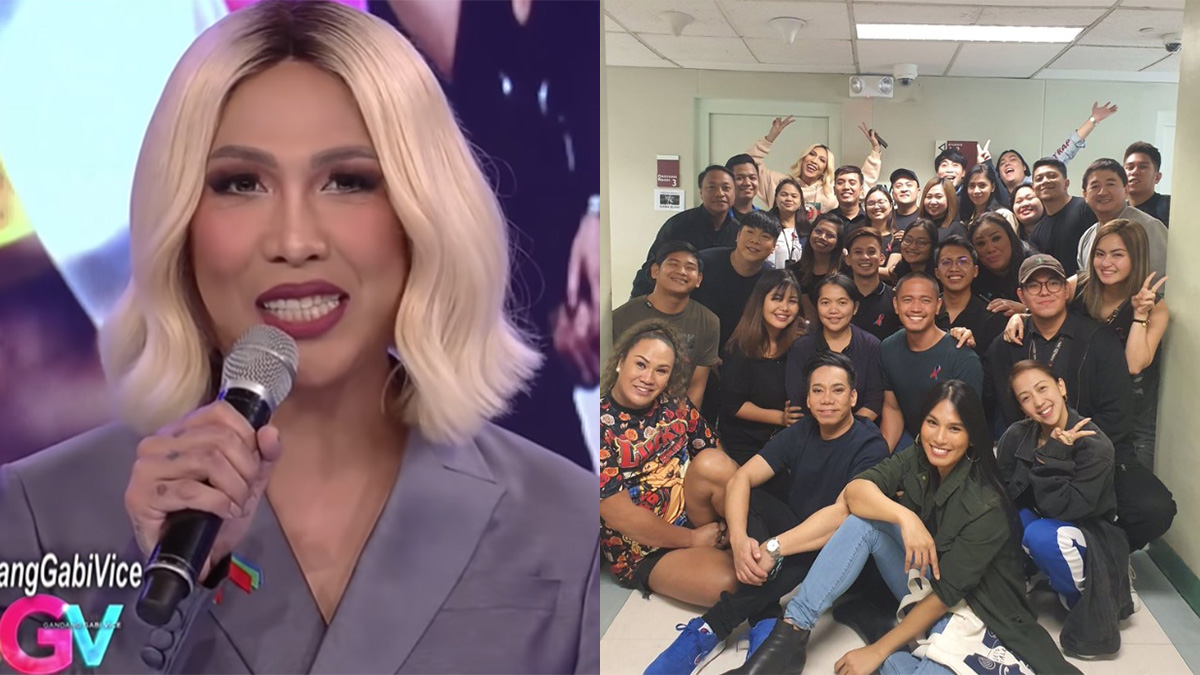 Vice Ganda bids goodbye to his show, Gandang Gabi Vice, which aired for nine years. However, he posted on Twitter: "Don’t be sad. No goodbyes. GGV will be back. Isang mahabang commercial break lang."
PHOTO/S: Gandang Gabi Vice / @vicegandako on Twitter

The ABS-CBN show, popularly known as GGV, aired its final episode on March 8, 2020. The last guest of the show was Raffy Tulfo, the host of the radio and online program Wanted sa Radyo.

At the end of the episode, Vice delivered a three-minute farewell message to loyal viewers of Gandang Gabi Vice.

According to Vice, Gandang Gabi Vice was only intended to run for one season, but its success led to nine long years on air at the Kapamilya channel.

"Nine years ago, I was given a chance to host my own show, Gandang Gabi Vice, and we were promised to air the show only for one season. For ilang weeks lang yun and then, yung last day ng first season, nagulat kami, biglang sinabing extended daw ng another season.

Vice also said that loyal viewers of the timeslot won't miss him, since he is also hosting Gandang Gabi Vice's replacement program, Everybody, Sing!

VICE GANDA APOLOGIZES TO THOSE OFFENDED BY GGV

At this point, Vice Ganda thanked the management of ABS-CBN, the staff of GGV, its guests, and its loyal viewers for supporting the show.

"I would like to say thank you very much sa management ng ABS-CBN, maraming salamat sa staff namin.

Vice then apologized for the times when their jokes or gimmicks went too far and offended some viewers.

The show was supposed to run for 12 episodes, but was extended 26 more weeks.

On its 39th episode, on February 12, 2012, the show was supposed to end its run. There was actually a teaser that indicated that the 39th episode would be the show's last one.

However, during the supposed final episode that Gandang Gabi Vice, the announcement was made that the show would continue airing.

On February 3, 2020, PEP.ph (Philippine Entertainment Portal) reported, through its PEP Alerts column, that Gandang Gabi Vice would end its run after nine years.

While ABS-CBN was airing the final episode of Gandang Gabi Vice on March 8, Vice was also tweeting about the show's end.

Vice also tweeted about the show's extension from 12 episodes to 9 years.

Vice then tweeted that Gandang Gabi Vice will still be seen in the future.

He wrote: "Don’t be sad. No goodbyes. GGV will be back. Isang mahabang commercial break lang. I love you guys! #GandangGabiVice

His last tweet about the show's finale was a group photo of the show's staff members.