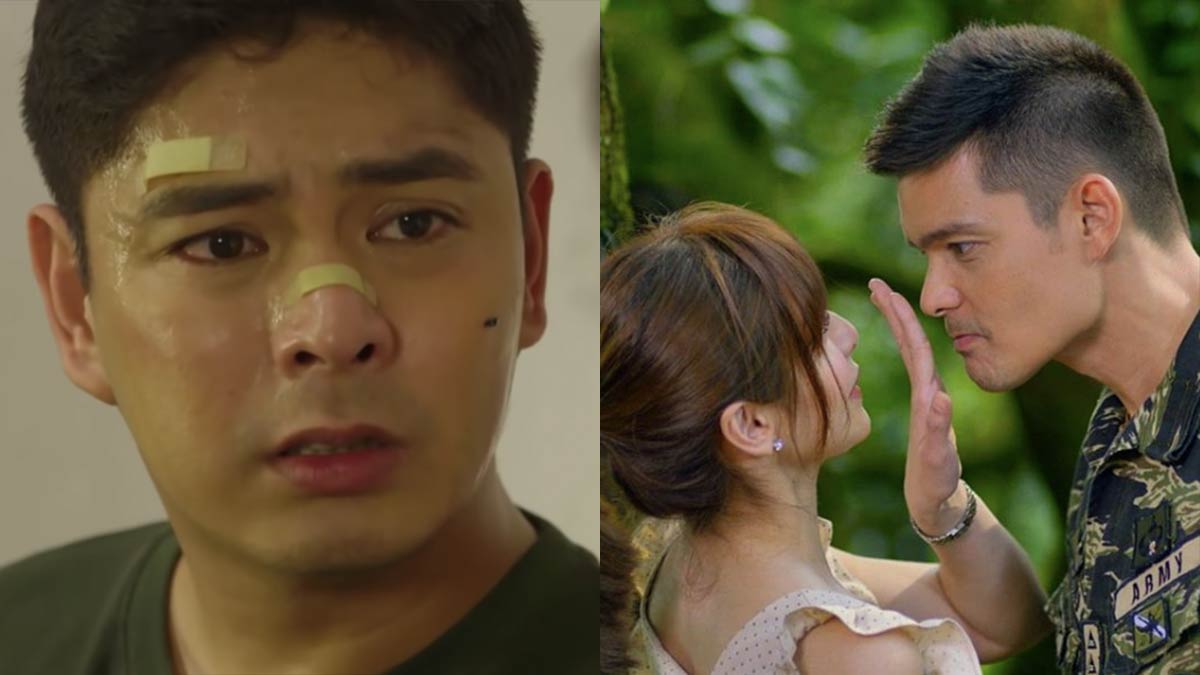 The prime-time block of ABS-CBN and GMA-7 changed drastically because of the coronavirus disease (COVID-19) outbreak.

Both networks temporarily suspended productions and tapings of their respective drama and entertainment programs when Luzon was placed on an “enhanced community quarantine.”

Meanwhile, the Kapamilya and Kapuso network's newscast programs will continue airing to give updates about the COVID-19 pandemic.

This means that the week of March 9 to 13 is the last full week that both networks were able to air their respective regular programming before suspending the production of drama and entertainment programs.

Here are the comparative ratings of ABS-CBN and GMA-7's prime-time programs from March 9 to 13, 2020 based on two ratings providers: AGB Nielsen and Kantar Media.

Take note that this PEP.ph (Philippine Entertainment Portal) article focuses on the programs aired on the prime-time blocks of the two networks: ABS-CBN Primetime Bida and GMA Telebabad.

Based on AGB Nielsen NUTAM data, 24 Oras won in the ratings game from March 9 to 12, while TV Patrol won on March 13.

Both 24 Oras and TV Patrol have been busy delivering breaking news and blow-by-blow updates about COVID-19.

According to Kantar ratings, TV Patrol prevailed over 24 Oras for the whole week.

FPJ'S ANG PROBINSYANO VS. DESCENDANTS OF THE SUN

Its rival program is the Philippine adaptation of Descendants of the Sun, starring Dingdong Dantes and Jennylyn Mercado.

FPJ's Ang Probinsyano also consistently topped the ratings game based on data provided by Kantar Media. In fact, it is the only program that registered over 30% in the ratings game.

GMA-7's Descendants of the Sun will continue airing its pre-taped episodes until Wednesday, March 18. On Thursday, March 19, its timeslot will be occupied by the requel (remake + sequel) of Encantadia.

According to AGB Nielsen, Liza Soberano and Enrique Gil's teleserye, Make It With You, won for straight five days against Barbie Forteza and Kate Valdez's Anak ni Waray vs. Anak ni Biday.

The same trend was also seen in Kantar Media's data.

Make It With You temporarily stopped airing starting Monday, March 16. Its timeslot is currently occupied by James Reid and Nadine's 2015 series, On The Wings of Love.

Anak ni Waray vs. Anak ni Biday finished airing all its pre-taped episodes on March 17. On March 18, it will be temporarily replaced by Kambal, Karibal starring Bianca Umali and Kyline Alcantara.

A SOLDIER'S HEART VS. LOVE OF MY LIFE

Based on AGB Nielsen data, GMA-7's Love of My Life consistently won over ABS-CBN's A Soldier's Heart.

Love of My Life is top-billed by Carla Abellana, Rhian Ramos, Coney Reyes, and Mikael Daez.

During this week, Tom Rodriguez ended his one-month stint on the show.

Kantar Media, however, reported that A Soldier's Heart won over Love of My Life in the ratings game for five consecutive days.

A Soldier's Heart started its airing break on Monday, March 16. It is temporarily replaced by the iWant series I Am U, starring Julia Barretto.

Love of My Life will continue airing its pre-taped episodes until Friday, March 20. On Monday, March 23, it will be temporarily replaced by My Husband's Lover, starring Carla Abellana, Tom Rodriguez, and Dennis Trillo.