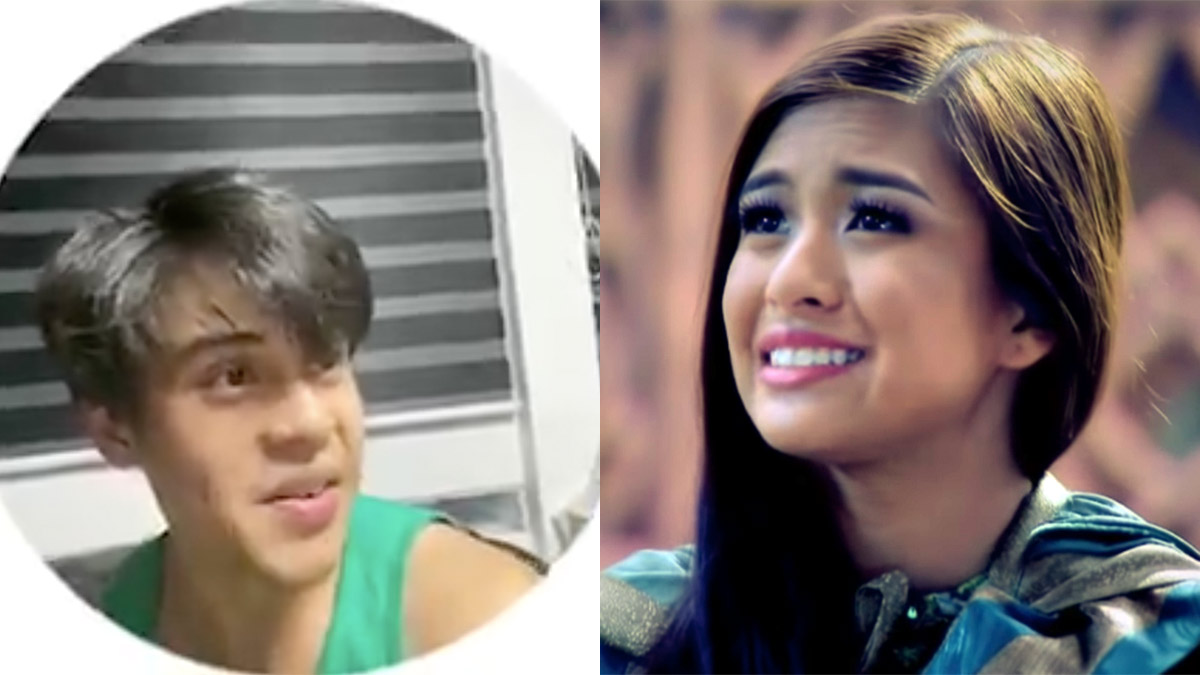 ABS-CBN actor Khalil Ramos re-enacts a scene from the GMA telefantasya Encantadia where Gabbi Garcia is on the screen.

Normally, a Kapamilya will not be this playful with a Kapuso show. It just isn't done.

But, well, Gabbi Garcia is his girlfriend in real life. And, well, in the time of COVID-19 and quarantine, there just might be a new normal.

Gabbi plays Alena in the 2016 remake of Encantadia, which is currently being re-run on GMA-7's primetime block.

In the video, Khalil uses a high-pitched voice as he speaks Gabbi's lines from a scene aired on April 1.

In this scene, Alena seems happy that she lost the battle to become the next queen of Lireo.

Khalil also speaks the lines of Muyak (Klea Pineda) who is talking to Alena in this scene.

Not incidentally, Khalil is seen wearing a green tank top, the trademark color of Alena.

The video has beenposted by Gabbi on her Twitter account, saying that her boyfriend sent this to her.

The rest of the scene shows that Alena does not want to become queen of Lireo because she wants the freedom to be with the man she loves.

In the kingdom of Encantadia, a queen is not allowed to fall in love and get married.

Encantadia is currently being shown again on television after tapings of new teleseryes were suspended following the COVID-19 pandemic.