13 Pinoy teleseryes to binge-watch while on home quarantine 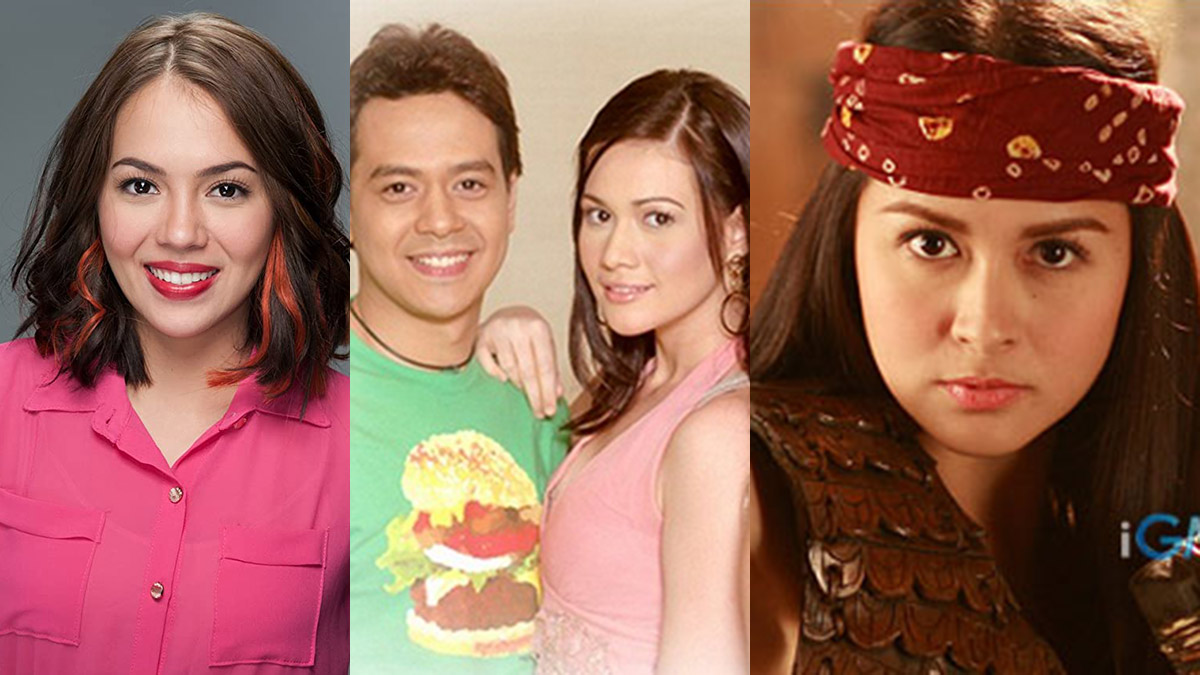 Gone are the days when streaming sites only offered Hollywood and Asian TV shows and movies here in the Philippines.

Streaming apps Netflix, HOOQ, Amazon Prime, and iFlix have already discovered great content from the Philippines, which is why select Filipino films are now in their collections.

ABS-CBN's own streaming platform, iWant, and GMA Network's mobile app allow netizens to re-watch their favorite teleseryes, especially now when most Pinoys are staying at home due to the enhanced community quarantine.

Both networks are currently uploading complete episodes of some of their well-loved teleseryes that aired in the past.

PEP.ph (Philippine Entertainment Portal) lists down 13 of ABS-CBN and GMA-7's past top-rating and iconic programs that you can binge-watch from the comfort of your home.

This list does not include shows that are airing again on both networks while production for teleseryes are on a break.

Be Careful With My Heart tells the story of Maya Dela Rosa (Jodi), an aspiring flight stewardess who tries to work overseas, but fails to make it after she was scammed by an illegal recruiter. This leads her to Richard Lim (Richard), the owner of Time Airways, who hires her to become the nanny of his youngest child, Abby (Mutya Orquia). Maya and Richard later find themselves falling for each other. Be Careful With My Heart jumpstarted the careers of Janella Salvador and Jerome Ponce, who played the two other kids of Richard Yap.

Where you can watch: iWant (all episodes) 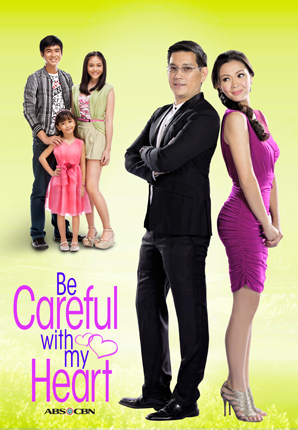 Tabing Ilog tells the story of eight friends who always meet by the riverside as their tambayan. The show tackles issues of teenagers such as love, family, studies, and financial problems. See how Kaye Abad, Paolo Contis, Jodi Sta. Maria, Baron Geisler, Desiree del Valle, Patrick Garcia, and John Lloyd Cruz looked like when when they were still starting out in showbiz two decades ago. It also serves as a good refresher for those who intend to watch Tabing Ilog: The Musical once it resumes its run after the enhanced community quarantine. At present, only the first two seasons (which are two years' worth of episodes) are uploaded on iWant.

Where you can watch: iWant 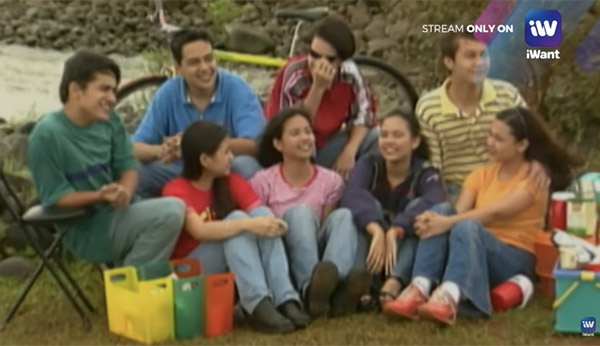 Maging Sino Ka Man tells the love story of two couples who had to face several obstacles before reaching their happy ending. Jackie (Bea Alonzo) is a rich girl who was born with everything. In the middle of an outreach program, she meets a freak accident that caused her to lose her memory. She crosses paths with Eli (John Lloyd), an impoverished man whose brother is the cause of Jackie's accident. Eli pretends that Jackie is his wife when they go to a remote town. On the other hand, Jackie's cousin, Celine (Anne Curtis), is trapped in the shadows of Jackie, who is believed to be dead. Celine is the first love of Jackie's boyfriend, JB (Sam Milby). However, JB finds it hard to admit that Celine is his true love, which causes emotional stress for Celine. Maging Sino Ka Man is considered as one of the most unforgettable love stories ever told on television. 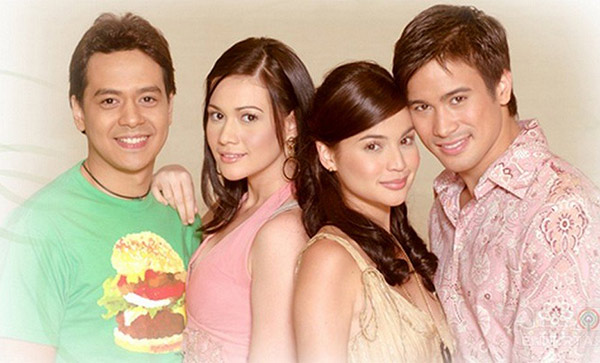 If reruns of three Maja Salvador teleseryes on TV are not yet enough for you, then go check out Pangarap na Bituin. This is also for all Sarah Geronimo fans who miss seeing her act and for those who want to check out her beginnings as an actress. Filled with production numbers and TV concerts, Pangarap na Bituin tells the story of the Jewel Sisters: Sapphire (Rica Peralejo), Ruby (Maja Salvador), and Emerald (Sarah Geronimo). The teleserye shows their journey from the time they got separated because of an earthquake until they reunite and achieve their dreams of becoming superstars. Expect heartfelt scenes from the Jewel Sisters, plus an excellent soundtrack courtesy of Sarah and Jericho Rosales. 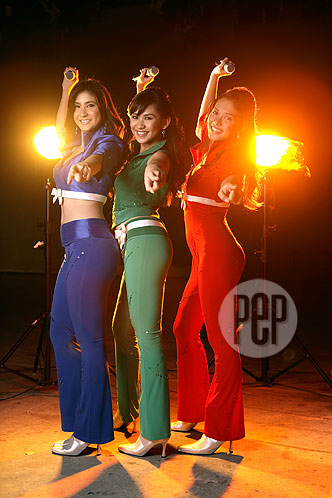 La Luna Sangre is the third installment to Angel Locsin's past werewolf series: Lobo (2008) and Imortal (2010). Kathryn Bernardo and Daniel Padilla top-billed La Luna Sangre, which aired in 2017. It features the love story of Malia (Kathryn) and Tristan (Daniel), and how the battle between werewolves and vampires tried to keep them apart. Aside from catering to fans of the KathNiel love team, the show is also for fans of the tandem of Angel Locsin and Richard Gutierrez. 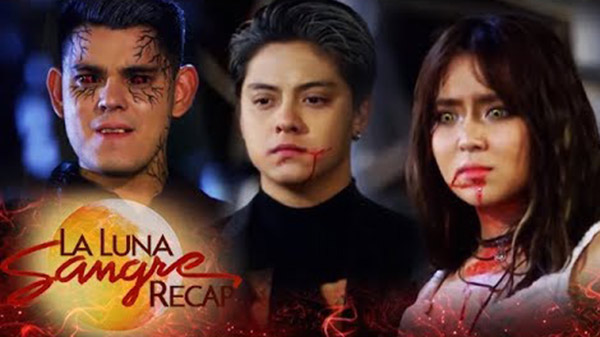 Pusong Ligaw is for those looking for a melodramatic fix, complete with campy scenes and the usual teleserye storyline about mothers looking for their children, as well as star-crossed lovers whose love story is affected because of their parents' war. Aired in 2017, this show is Beauty Gonzales's first afternoon series before the massive success of her recent teleserye, Kadenang Ginto. In Pusong Ligaw, Beauty often had intense catfight scenes with her nemesis Bianca King. One unforgettable scene was when Bianca's character burned all of Beauty's clothes!

Available on: Netflix as Lost Hearts 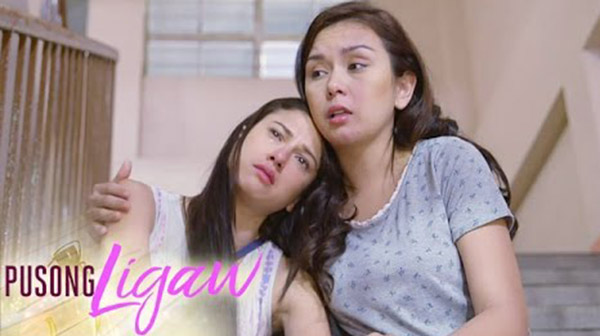 In Doble Kara, Julia played the dual roles of Sara and Kara, twins who were separated when they were young. Kara was adopted by a rich family, while Sara stayed with her poor parents. When they saw each other again after several years, Sara would pretend to become Kara to enjoy her lavish lifestyle, while Kara would escape her overprotective mother to do things that she wants. The two-year run of the series allowed the story to explore more plots, such as Julia playing a mother to two kids in Book Two as well as having a wedding scene with her leading man played by Sam Milby. It is also the teleserye that earned for Julia the title of ABS-CBN's Daytime Teleserye Queen. While this show technically falls under the drama genre, viewers can look forward to campy yet funny scenes from Julia's Sara character. There are also intense confrontation scenes involving Carmina Villarroel and Maxene Magalona. 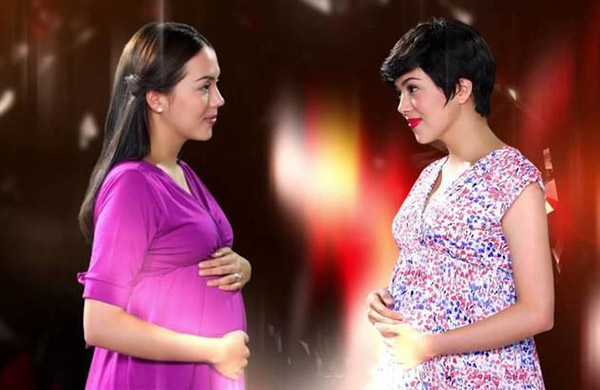 Encantadia is one of those iconic GMA-7 shows that viewers always want to see again and again. Enkantadiks will be thrilled to know that both versions of Encantadia are already available online! This telefantasya tells the story of four sisters vying to become the next queen of Encantadia. The sisters fought against each other, but in the end, they banded together to save their beloved kingdom. The first Encantadia in 2005 was top-billed by Sunshine Dizon, Iza Calzado, Karylle, and Diana Zubiri as the Sang'gres or royal diwatas. Meanwhile, the remake in 2016 featured Glaiza de Castro, Kylie Padilla, Gabbi Garcia, and Sanya Lopez. Currently, the remake is being replayed on GMA-7, but complete episodes of it are still being uploaded in streaming sites. 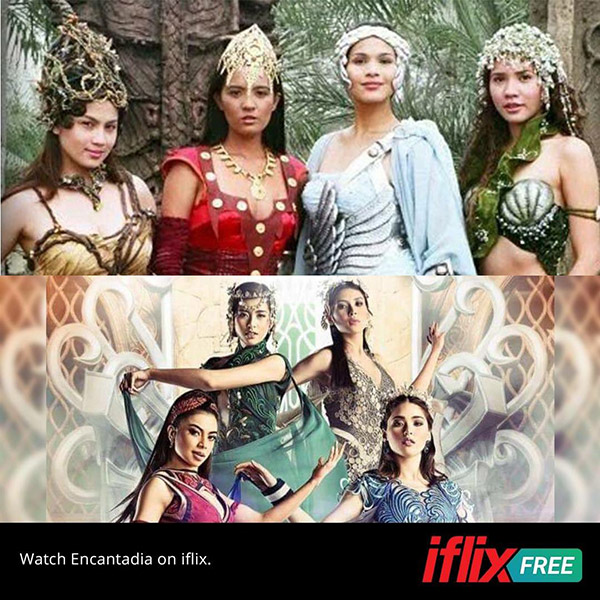 Coming from the success of the 2013 series My Husband's Lover, The Rich Man's Daughter is GMA-7's second attempt at producing stories that focus on the LGBTQIA++ community. Aired in 2015, The Rich Man's Daughter tells the story of Jade (Rhian Ramos), the youngest daughter of the wealthy Tanchingco family. She always believed that she would end up with her boyfriend, David (Adrian Alandy). However, Jade discovers that she has feelings for Althea (Glaiza de Castro), an out-and-proud lesbian. Rhian and Glaiza had such amazing chemistry that they developed a strong fanbase called RaStro, a play on their surnames. RaStro fans are still active until today. 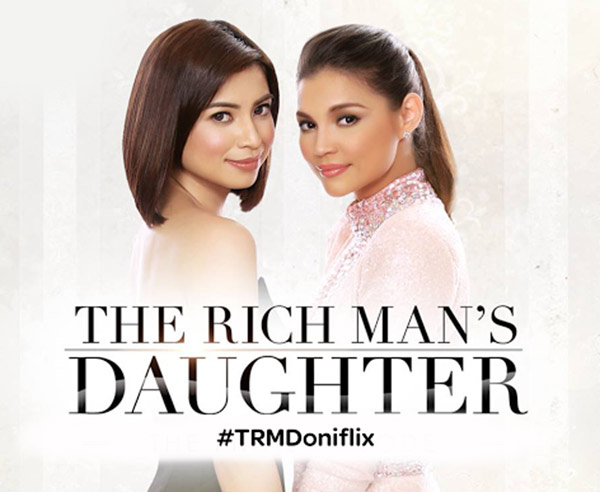 Remember when Angel Locsin and Richard Gutierrez were still Kapuso talents? Then, Mulawin is the show for you! The show tackles the love story of two humanoid birds or Mulawins—Alwina (Angel) and Aguiluz (Richard). They both vow to defend their land from the wrath of the Ravenas. Mulawin is considered as one of GMA-7's most iconic shows because it is the Kapuso network's first telefantasya. Mulawin soared high in the ratings game and defeated its rival shows in ABS-CBN.

Former ABS-CBN President and now Chief Content Officer Charo Santos-Concio revealed in the past that Mulawin was the GMA-7 show that almost caused her to resign from the Kapamilya network.

This is what Charo revealed in her book, My Journey: The Story of an Unexpected Leader, which was published in 2017.

Charo, who was ABS-CBN's Executive Vice President for Entertainment at the time, admitted: "Our solid hold on the Top 20 shows began to slowly slip away. Our rival, GMA-7, started to close in on the lead we had for over a decade." 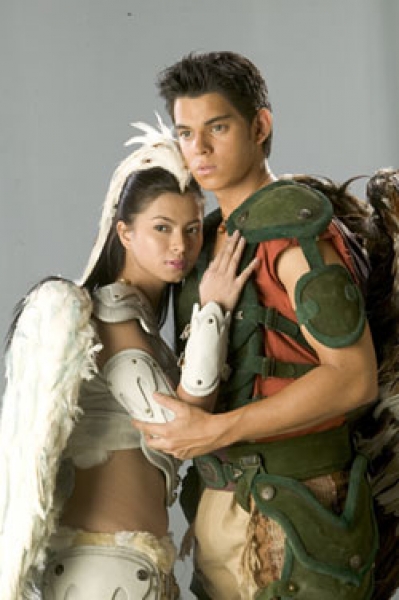 If you are looking for a Pinoy series with a historical twist, then Marian Rivera's Amaya is the show for you. Dubbed as the first "epicserye" of GMA-7, Amaya is a fictional story that makes use of historical facts during the pre-colonial period in the 1500s. The series is about Amaya, a "binukot" or a hidden princess born with a twin snake. Amaya was warmly accepted during its run in 2011 that it earned several extensions and enjoyed high ratings throughout its run. 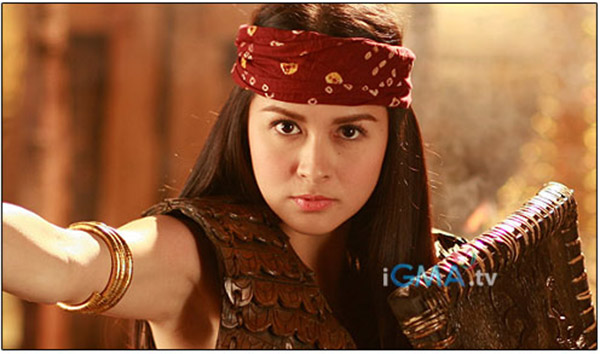 Ang Dalawang Mrs. Real features the unconventional love affair among the characters portrayed by Dingdong Dantes, Maricel Soriano, and Lovi Poe. Millet (Maricel) and Anthony (Dingdong) are a happy but childless couple. Anthony goes to Cebu where he meets Shiela (Lovi) and gets her pregnant. With Shiela and her family not knowing that Anthony is married in Manila, Shiela's father points a gun at Anthony and forces him to marry Shiela. Millet later discovers that Anthony has a mistress in Cebu whom he also married. Ang Dalawang Mrs. Real became known for its intense confrontation scenes, such as the time when Maricel slapped Dingdong 20 times for one sequence. 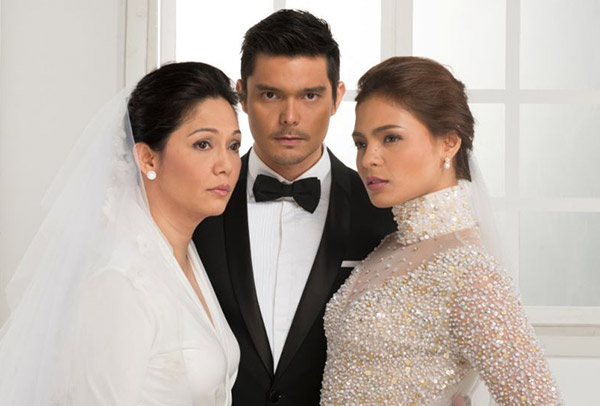 Juan Happy Love Story is a sensual, comedy series where Dennis Trillo and Heart Evangelista play a newly married couple. However, their differences—especially when it comes to sex and gimmicks—get in the way of their relationship. Juan (Dennis) is adventurous while Happy (Heart) is the conservative type. Their marriage starts to fall apart when Juan suddenly gets involved with Agatha (Kim Domingo), a seductive woman who fulfills Juan's sexual needs. Juan Happy Love Story is one of the Pinoy shows that are now available on Amazon Prime, along with other GMA-7 shows such as Beautiful Justice and The Gift. 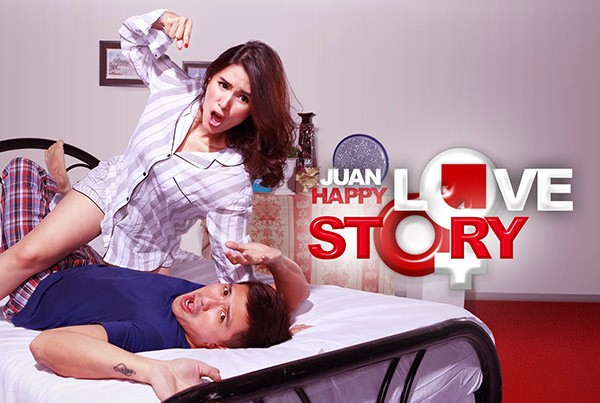