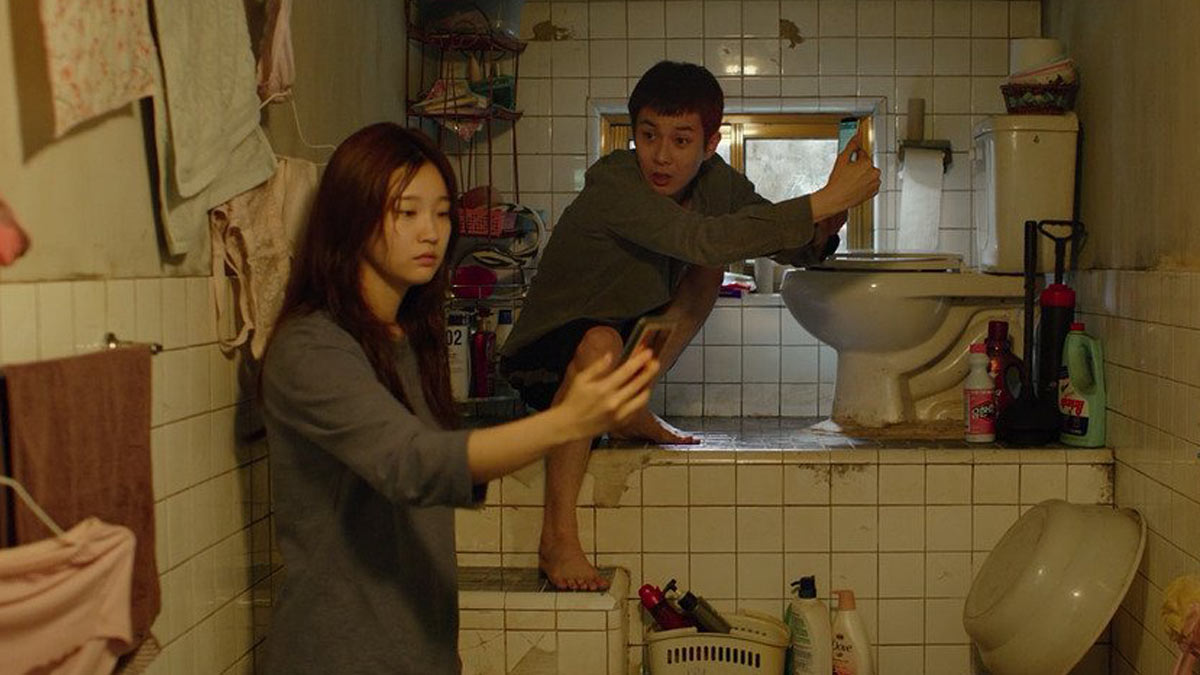 If you haven't watched the Oscar-winning film Parasite yet, you have the lucky chance to catch this Korean film through the streaming app VIU.

Time is something many of us have a lot of—maybe even too much of—these days.

If you’re a big fan of Korean dramas—yes, the famous K-dramas—there’s an app that gives you access: VIU.

VIU offers one of the biggest libraries of Korean content.

This streaming service allows users to watch very popular and, beat this, the latest Korean shows, with English subtitles to boot.

VIU, which started in 2015, offers a mix of free and premium content.

This April 2020, fans can look forward to watching these movies through VIU.

The World of the Married

Ji Sun-Woo is a family medicine doctor who seemingly leads a perfect life while her husband, Lee Tae-O, dreams of becoming a famous movie director. He runs an entertainment business with the support of his wife, but falls into a dangerous affair.

This show is considered the Korean remake of the BBC television series Doctor Foster.

When My Love Blooms

Han Jae-Hyun is a man in his 40s. He is handsome, ambitious, and a successful businessman. He pursues wealth and honor. When he was a university student in his 20s, however, he was almost a different person. He was idealistic and active in the student movement. His first love came around that time: Yoon Ji-Soo. Now, as the new Han, meets Yoon Ji-Soo for the first time in many years.

Baek Chan-Mi (Choi Gang-Hee) was a legendary black agent for the National Intelligence Service (NIS), South Korea's chief intelligence agency. But, in part because of her excessive workload, a subordinate died, and Baek missed catching an intended target. Baek was punished for that botched case and now works in a cyber security team for the NIS. Then Baek is selected to go undercover on a case involving intellectual property theft at Korea's largest company.

Midori Aoi (Satomi Ishihara) has worked as a pharmacist at a hospital for the past 8 years. She holds the belief as a pharmacist that medicine is related to a patients' daily life and, because of this, pharmacists need to know about their patients. Consequently, Midori Aoi spends more time with her patients than other pharmacists. She receives criticism that she should work more efficiently, but she never wavers from her belief.

Kim Ji-Young has one of the most common female names for people her age. She works at a PR agency. Kim Ji-Young gets married and has a daughter. So she can raise her daughter, Kim Ji-Young quits her job. She leads an ordinary life up to this point. Suddenly, Kim Ji-Young begins to talk like her mother, her older sister, and even other people. She seems possessed by others. What happened to her?

After suffering from postpartum depression, the female lead Kim Ji-Young begins to exhibit abnormal behavior and rebels, prompting her family to wonder if the change is because of supernatural or psychological causes.

Kim Ji Young, Born 1982 is based on the best-selling feminist novel of the same name.

Here are funny scenes from Korean projects that you can “quaran-stream” using the VIU app if you're staying in to avoid coronavirus disease (COVID-19):

Parasite made history by becoming the first foreign-language film to ever win Best Picture in the 92-year history of the Oscars. The film also bagged the awards for Best Directing and Best Writing (Original Screenplay).

They’re so poor they can only access the internet through the Wi-Fi connection they illegally get from the lady living above their apartment unit.

When that neighbor suddenly installs a password to limit the use of her Wi-Fi, Ki-woo and Ki-jung scramble around their house, desperate to find a spot where they can get a connection.

The siblings finally find one in the bathroom, sitting by the toilet bowl while getting their online activities done.

When The Weather Is Fine

Park Min Young (City Hunter, What’s Wrong with Secretary Kim) stars in this romantic tale with Seo Kang Joon (Cheese in the Trap, Entourage, Are You Human Too?).

Her character, Mok Hae-won, is a city girl who quits her job and returns to the small town she spent her high school years in.

In that village, Hae-won reconnects with her former schoolmate and neighbor, Im Eun-seob, the character played by Kang Joon who’s also a balikbayan and a bookstore owner.

Eun-seob apparently likes Hae-won, but he is so torpe.

This is the sequel to the hit medical drama, Dr. Romantic, which premiered in South Korea in 2016 and aired in the Philippines, dubbed in Filipino on GMA-7, from late 2017 to early 2018.

Woo-jin and Eun-jae get romantically involved, and they have several funny-kilig moments.

In this romantic comedy based on a webtoom, young actress Shin Ye Eun’s character Kim Sol-ah gets a pet cat, whom she names Hong-jo.

It turns out that Hong-jo can magically change form into a man, played by Infinite boy group vocalist Kim Myung Soo.

One time, he’s on a rooftop. Sol-ah goes after him using a ladder and falls, causing him to become a human to be able to catch her—leaving her in utter befuddlement.

This rom-com historical drama ran in South Korea from September to November 2019, and its Tagalized version debuted on ABS-CBN in January 2020, with the title Flower Crew Dating Agency.

They get into humorous situations as they work as a group and also live their individual lives.

The Game: Towards Zero

Despite its dark theme, this mystery-crime drama is replete with entertaining scenes.

Actor-rapper Ok Taec Yeon (Dream High, Who Are You?) takes on the role of Tae-Pyeong, who has the uncanny ability to see in advance a person’s dying moment.

When he’s interrogated by the detective played by Lee Yeon Hee (One Fine Day, Phantom, The Package), Tae Pyeong denies, humorously, that he foresees one’s death.

This is a rom-com starring Oh Yeon Seo (My Sassy Girl, A Korean Odyssey) as P.E. teacher Joo Seo-yeon and Ahn Jae Hyeon (My Love From the Star, The Beauty Inside) as rich guy Lee Kang-woo.

Seo-yeon shuns handsome men because she has three good-looking brothers and she got into a lot of trouble growing up with them.

On the other hand, Kang-woo uses his painful past—he was dumped for being ugly— as his motivation to keep himself well-groomed at all times, to the point of becoming vain and shallow.

Seo-yeon and Kang-woo cross paths, and things get more interesting when another chaebol guy comes along in the person of Lee Min-hyuk, played by Gu Won (Discovery of Love, Enemies from the Past).

There is plenty to enjoy and learn in this complex 100-episode drama involving three families.

Cheong-ah is seated opposite Joon-hwi, who, at the time, is serving mandatory military service so he’s dressed in his fatigues.

She suspects him of getting—or maybe even throwing away—her sweet snacks, so she frantically goes through the stuff inside her bag, annoying him.

He gets up and yells at her, but quickly turns polite when he sees other people on the train looking at him. He takes off his cap and addresses his apology to everybody.

She notices his handsome face, and when he returns to his seat, she sheepishly confesses falling in love at first sight with him.