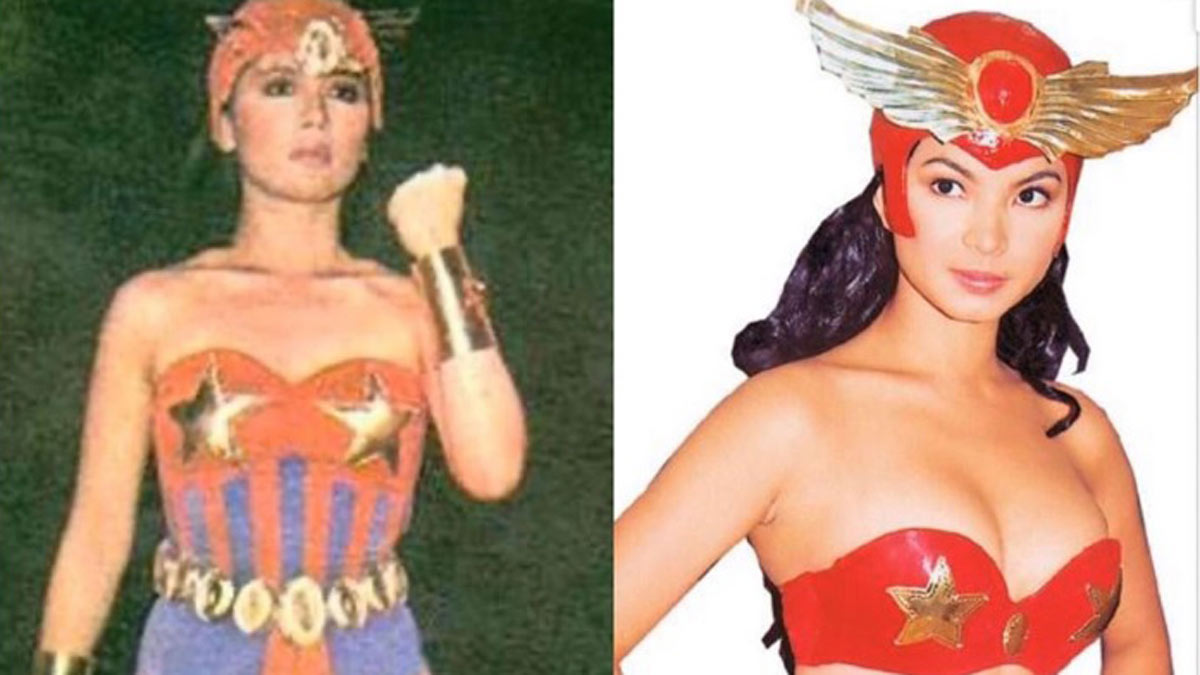 Sharon Cuneta (left) posted a throwback photo of her wearing a Darna costume. The Megastar and Angel Locsin (right) are among the celebrities who helped set up tents in various hospitals for frontliners to use.

Sharon Cuneta commended the efforts of her fellow Darna stars in helping stop the spread of the coronavirus (COVID-19).

In her Instagram account, Sharon posted her photo wearing the Darna costume, alongside a photo of Angel Locsin wearing her own Darna costume.

The Megastar also praised the relief efforts of Marian Rivera, Vilma Santos, and Regine Velasquez—other actresses who once gave life to the Pinay superheroine.

Judy Ann Santos has not portrayed Darna, but she did play the superheroine Krystala. Sharon took the time to cite the efforts of Juday to help those affected by the COVID-19 crisis.

The Instagram post showing Sharon and Angel in their Darna costumes had the caption: "Your two Darnas love you, our FRONTLINERS! Maraming salamat po! @therealangellocsin"

Sharon was one of the many celebrities who donated to the fundraiser #UniTENTWeStand spearheaded by Angel.

The funds were used to purchase 12×24-meter tents for overcrowded hospitals to be used by the medical frontliners and patients. Some of the tents were donated to the Bureau of Corrections at the New Bilibid Prison in Muntinlupa City.

The Megastar made a cameo appearance as Darna in the1986 movie Captain Barbell. Angel became a star when she played Darna in the GMA-7 telefantasya that aired in 2005.

A post shared by ActorSingerPresenter (@reallysharoncuneta) on Apr 5, 2020 at 7:55pm PDT

Sharon posted Regine's photo wearing the Darna costume, and praised her for pledging tents for the same tent drive.

A post shared by ActorSingerPresenter (@reallysharoncuneta) on Apr 6, 2020 at 2:02am PDT

Sharon took pride in how Marian provided good meals for those working tirelessly to end this pandemic.

In 2009, Marian top-billed the Kapuso remake of Darna.

A post shared by ActorSingerPresenter (@reallysharoncuneta) on Apr 5, 2020 at 7:59pm PDT

The Megastar paid tribute to the Star of All Seasons, writing:

A post shared by ActorSingerPresenter (@reallysharoncuneta) on Apr 6, 2020 at 5:24am PDT

Judy Ann was lauded for donating do-it-yourself (DIY) face shields to the Research Institute for Tropical Medicine and making home-cooked meals for frontliners.

Krystala, which aired in 2004, paved the way for Juday to work with Ryan Agoncillo, who is now her husband.

A post shared by ActorSingerPresenter (@reallysharoncuneta) on Apr 6, 2020 at 3:03am PDT

Who among these actresses do you consider your favorite Darna? Cast your vote in this PEP.ph poll: