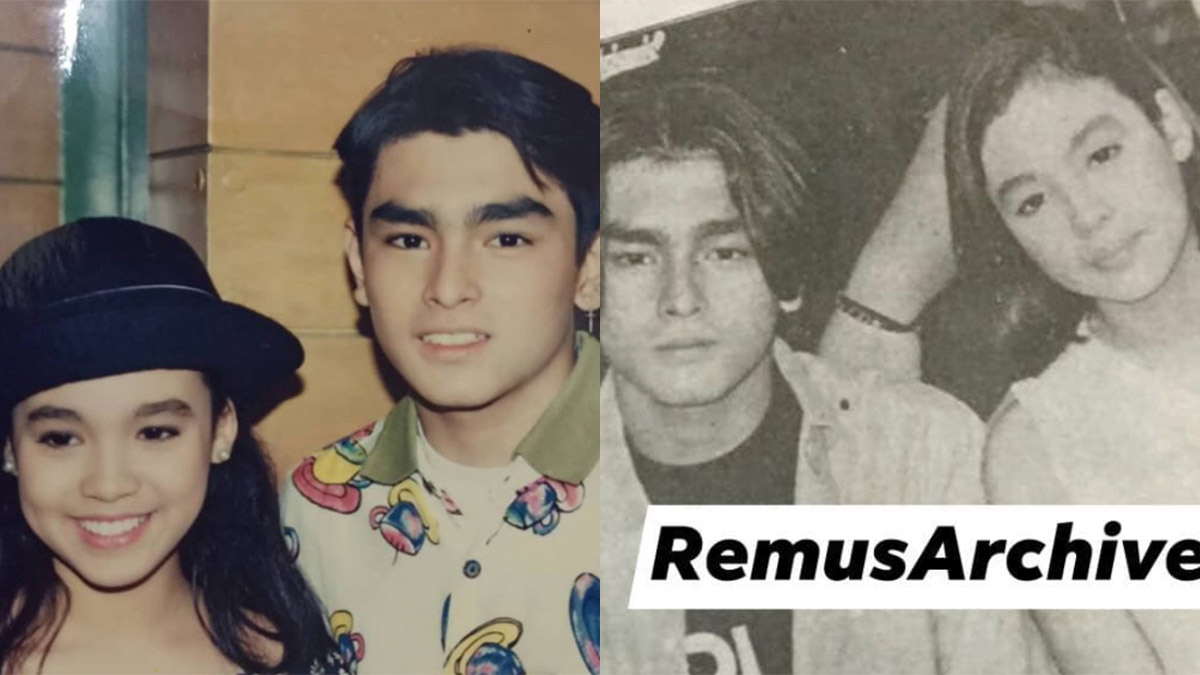 On April 6, Eric took a trip down memory lane by posting on his Instagram account one of his old photos with Claudine.

The photo seems to have been taken during their Palibhasa Lalake days, when they were both part of the cast.

Palibhasa Lalake was a sitcom aired on ABS-CBN from 1987 to 1998. It was top-billed by Richard Gomez, Joey Marquez, John Estrada, Miguel Rodriguez, and Anjo Yllana, and directed by Johnny Manahan.

Back then, Eric was known for his thick eyebrows.

Eric and Claudine were in two separate groups featured in Palibhasa Lalake.

Eric was part of the all-boy group Gwapings along with Mark Anthony Fernandez, Jomari Yllana, and Jao Mapa.

During their Palibhasa Lalake days, Claudine was known to be linked romantically to Mark Anthony Fernandez, who was also her partner in the Kapamilya show.

Even then, Claudine and Eric top-billed an episode of Maalaala Mo Kaya titled "Walkman," which was aired in 1993. It was one of Claudine's first MMK appearances.

In 2015, Claudine revealed in an episode of Gandang Gabi Vice that she also had a romantic relationship with Eric.

However, Claudine did not divulge when she and Eric became a couple, but some showbiz insiders say that Eric was her love interest even before Mark.