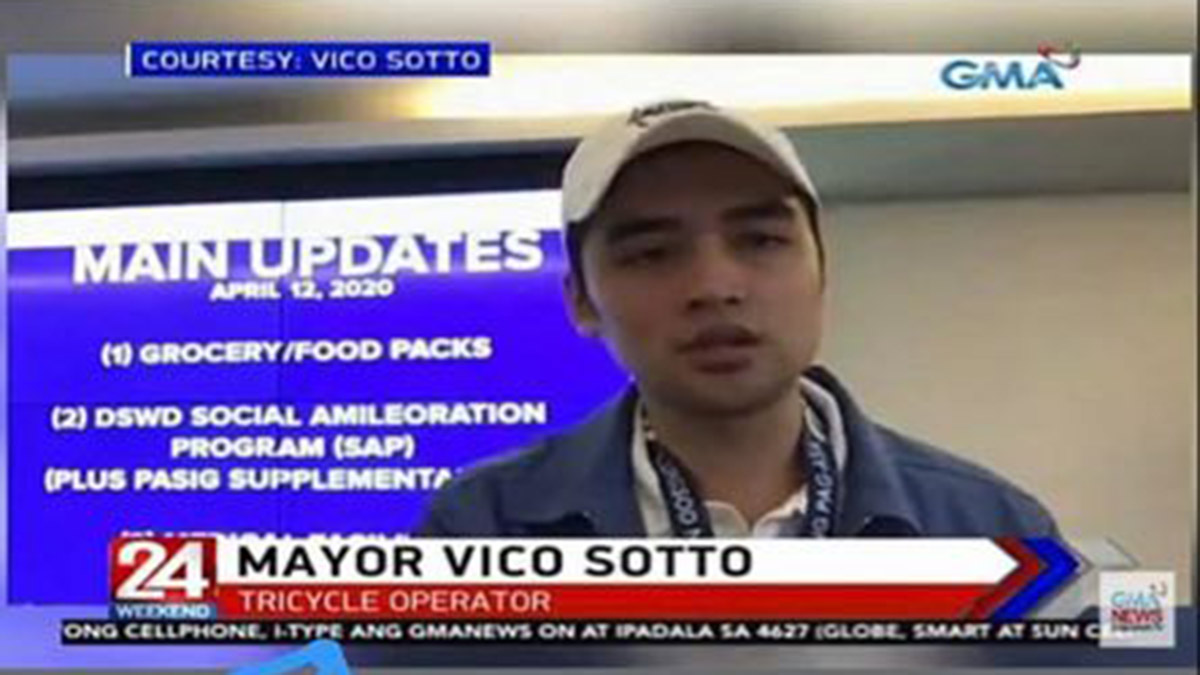 24 Oras is the primetime news program of GMA-7, and in this particular episode, Vico was shown discussing the distribution of food packs in Pasig during this period of quarantine.

The coverage was, of course, rather serious, considering that the topic was a Local Government Unit's (LGU) response to the coronavirus (COVID-19) pandemic.

The news program flashed Mayor Vico's name on its chargen, and there it was—in big bold letters all caps: MAYOR VICO SOTTO. Under it, the smaller font but just as clear words: TRICYCLE OPERATOR.

Mayor Vico then posted an Instagram story bearing the screenshot of the blooper.

After which he wrote: "May tricycle pala ako!" 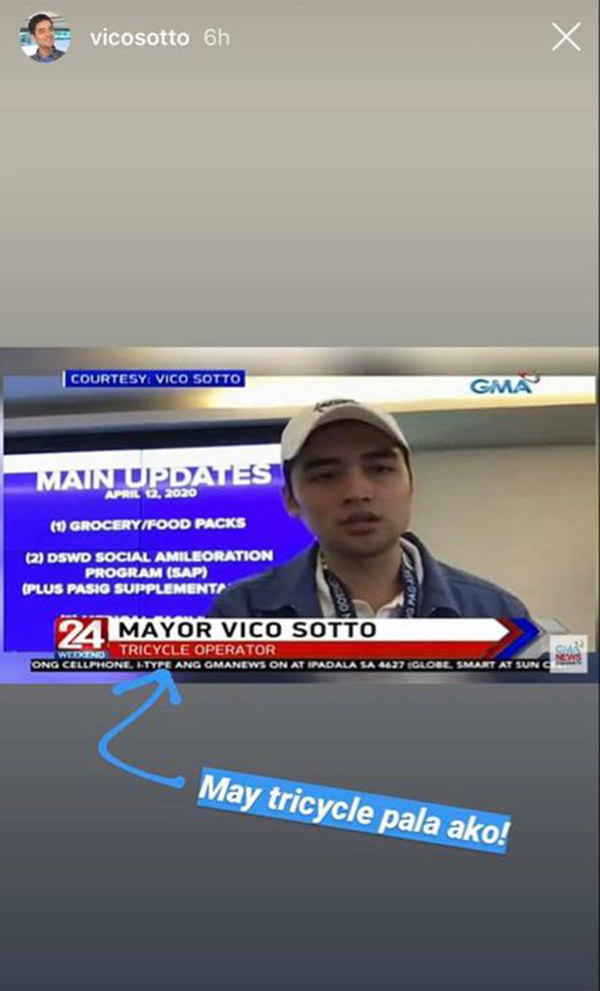 Minutes later, Zai Taguinod, who identified himself as the producer of 24 Oras's report about Vico, apologized to the Pasig City mayor for the mistake.

Along with the apology, Zai showed a photo of the character generator (aka chargen) bearing the correct text that should appeared with the report.

Vico saw Taguinod's tweet and said that there was nothing to it.

Vico then joked about how some people could actually be thinking he was a tricycle operator. He did not name the group that would be gullible enough to believe it.

To end his tweet, the son of Vic Sotto and Coney Reyes mentioned the financial assistance being provided by the Pasig city government to tricycle drivers.