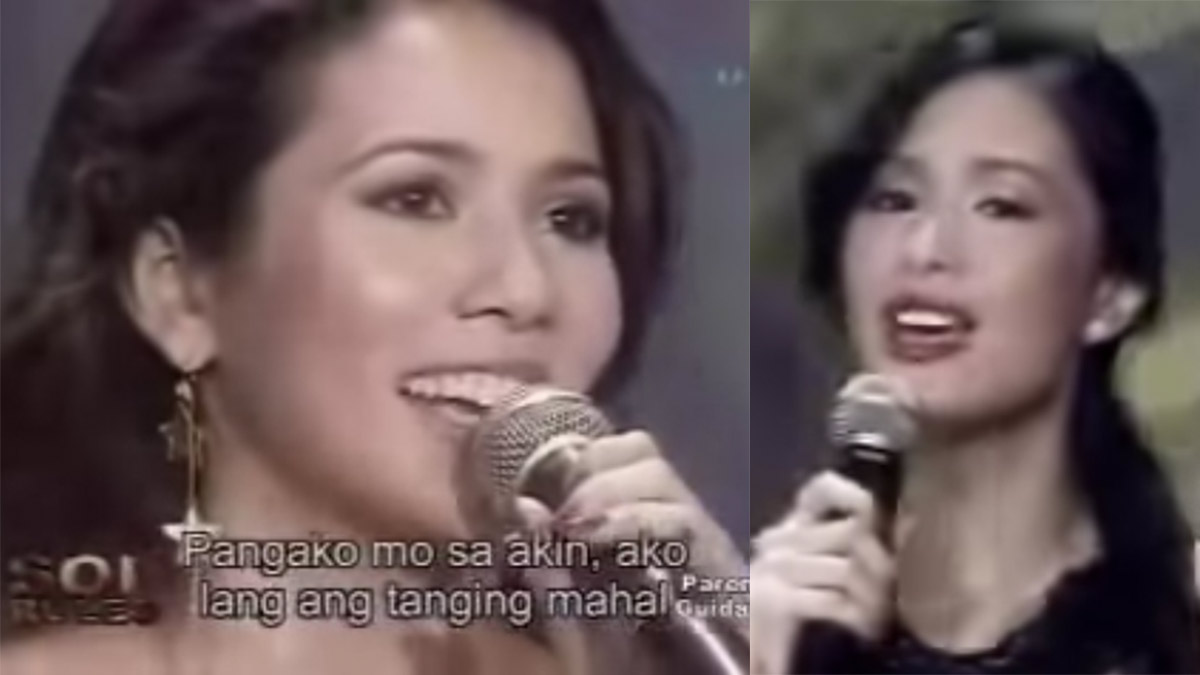 This SOP performance of Karylle and Heart Evangelista, where Karylle sang the Tagalog version of Beyonce's "Irreplaceable," is going viral 11 years after airing on GMA-7.
PHOTO/S: SOP (GMA-7)

An old video clip of Karylle and Heart Evangelista performing in SOP is going viral online.

On April 8, 2020, Twitter user @vicentejian uploaded the clip on his account as a reply to a Twitter thread started by netizen @AltABSCBN about "memorable Philippine showbiz eksena."

The video is a clip from SOP in 2008 showing Karylle singing the Pinoy novelty version of Beyonce's song, "Irreplaceable."

The Pinoy version uses the title "Disposable," and was originally recorded by an unnamed group of girls and rappers.

The original first verse of "Irreplaceable" goes: "To the left, to the left / Everything you own in the box to the left."

The chorus was translated into Tagalog as well, but no longer as direct translation of the English lyrics.

Heart then went onstage and sang the English chorus of "Irreplaceable," while Karylle sang the Tagalog lyrics.

As of this writing, the Twitter video clip has already more than 600K views, 5K retweets, and 28.6K retweets.

The original YouTube video of Karylle and Heart's performance was uploaded on July 2008.

It shows Heart opening the performance with the English version of "Irreplaceable."

After Heart finishes the first chorus, Karylle enters the stage and sings the Tagalog version.

The two girls end the production number with a duet of both the English and Tagalog versions of Beyonce's song.

Back then, Heart had just transferred to GMA-7 after being an ABS-CBN talent. Heart remains a Kapuso talent until today.

Karylle and Heart's SOP performance was quickly picked up by netizens.

Most of the comments poked fun at the "marijuana" part of the Tagalog version's lyrics:

Some netizens said they "stan" Karylle and gave her titles like "Queen of Translation" and "Queen of breakup songz!"

A netizen commented that Beyonce can rest now and be replaced by queens Karylle and Heart!

Some called this performance of Karylle and Heart "iconic."