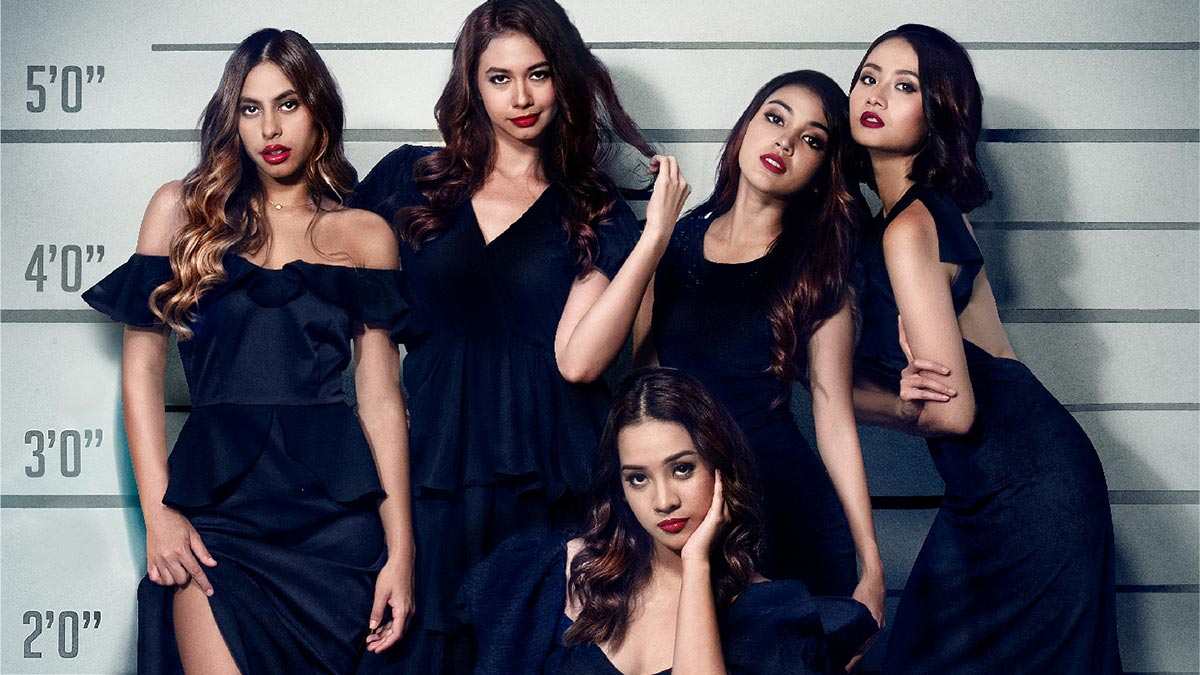 Pretty Little Liars, a Warner Brothers production which aired for seven seasons from 2010 to 2017, is based on a book of the same title by Sara Sheppard.

The Asian remake, which also uses the same title, is an original production by pan-regional streaming service Viu.

Just like the original series, the remake is about four students, whose clique falls apart when their leader, Alissa (Yuki), goes missing.

A year later, the four friends—Hanna (Anya), Ema (Eyka), Sabrina (Valerie), and Aria (Shindy)—are reunited when they begin receiving messages from the mysterious "A," who threatens to reveal their deepest, darkest secrets.

The VIU adaptation, which is set in the fictional town of Amerta, Bali, has first ten episodes, which is also available in the Philippines.

It premieres on VIU today, April 22.

The series is directed by Indonesian director Emil Heradi, who is best known for his movie Night Bus, which won six awards in the 2017 Indonesian Film Festival Awards.

Heradi says about the remake, "The series was fully shot in Bali, with a brilliant cast and top-notch feature film crew that was focused on showcasing premium Asian cinematic values to the world.

"The characters and relationships have been adapted for local appeal, while the strong twists and turns of the original series were given a Viu-style makeover. I appreciate Viu’s expertise in taking international formats and making them locally relevant."

Shay Mitchell, who portrayed Emily (now Ema in the Asian remake), has a Filipino blood. She went to the Philippines in January 2019.

In January 2014, while the Warner Bros. version is in the middle of its run, it was announced that local TV network TV5 would do a remake of the series,

It was supposed to be top-billed by then-TV5 contract stars Sophie Albert, Chanel Morales, Danielle Lee, Stephanie Rowe, and Valeen Montenegro, and directed by Mac Alejandre.

It was said in a press release that TV5 was the first TV network they allowed to do an adaptation, which was supposed to air on the second quarter of 2014.

According to a source, the foreign producers did not like the episode.

But Wilma Galvante, who was then the chief content entertainment officer of TV5, explained that TV5 was just looking for the right time to air the local version.

Fast forward to 2020, Sophie and Valeen are now contract stars of GMA-7, while Chanel has appeared in ABS-CBN.

Stephanie and Danielle are now both inactive in showbiz.