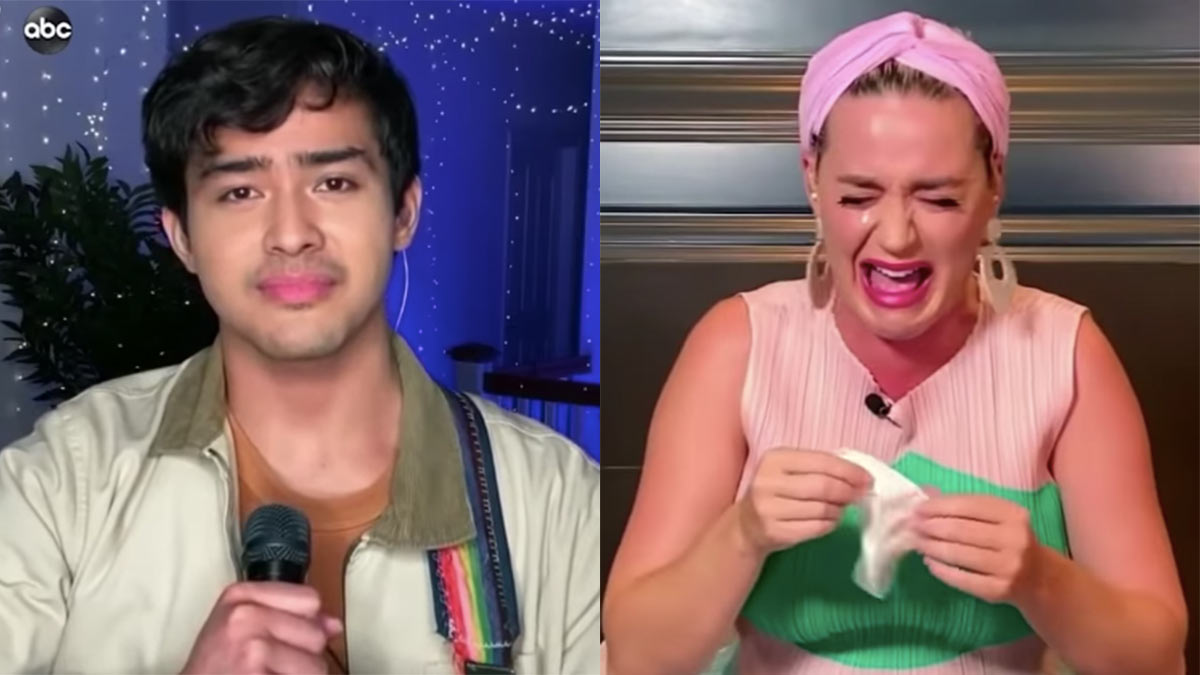 Francisco Martin singing "Falling Like The Stars" overwhelms Katy Perry, and she bursts into tears in the May 3 episode of American Idol Season 18.
PHOTO/S: American Idol (ABC)

Fil-Am singer Francisco Martin makes it to the Top 11 of American Idol Season 18!

Francisco earned a spot in the Top 11 through votes from viewers.

For the May 3 episode, Francisco performed his rendition of James Arthur's "Falling Like The Stars."

Katy is one of the show's judges, together with Luke Bryan and Lionel Richie.

The singer, who is married to Orlando Bloom, told Francisco: "I'm sorry I'm having a day that I don't fit in any of my stuff, and then when you sing those lines about having four kids and then one on each knee, I was like..."

Without pausing, the American singer pantomimed the process, complete with exaggerated sobbing, to show how it made her cry.

Luke commented, "I just think you're a diamond in the rough. You really know how to get all the emotion out of a song."

Music icon Lionel Richie observed, "Halfway through that song, I just saw you fly out of that nervousness and give us exactly what you're all about, which is true talent, man."

The Top 11 finalists were announced on May 3, 2020 (May 4 in Manila), during the show's second live remote episode.

At present, parts of the United States are taking the stay-at-home admonition by their health officials seriously to flatten the curve of the COVID-19 pandemic.

American Idol currently holds live remote episodes where contestants perform from their own houses, and the judges give their feedback virtually.

Only 10 finalists are expected to enter the next round, with Francisco called as the last finalist.

However, the judges decided to save contestant Makayla Phillips.

"the love and support from all of you is out of this world. looking back on my first ever audition in oregon, it’s crazy to see just how much we’ve achieved on this journey together. you’ve all made an impact on my life that I will never forget.

"the journey isn’t over yet: vote up to 10 times on each of the three platforms! voting is open now and closes tomorrow morning at 9am pst. love from me to you. x"

The next performance night will be on May 10 (U.S. time), where contestants will perform Disney songs.

Seven contestants are expected to move forward to the May 17 episode of American Idol Season 18.

Here is Francisco's May 3 episode: